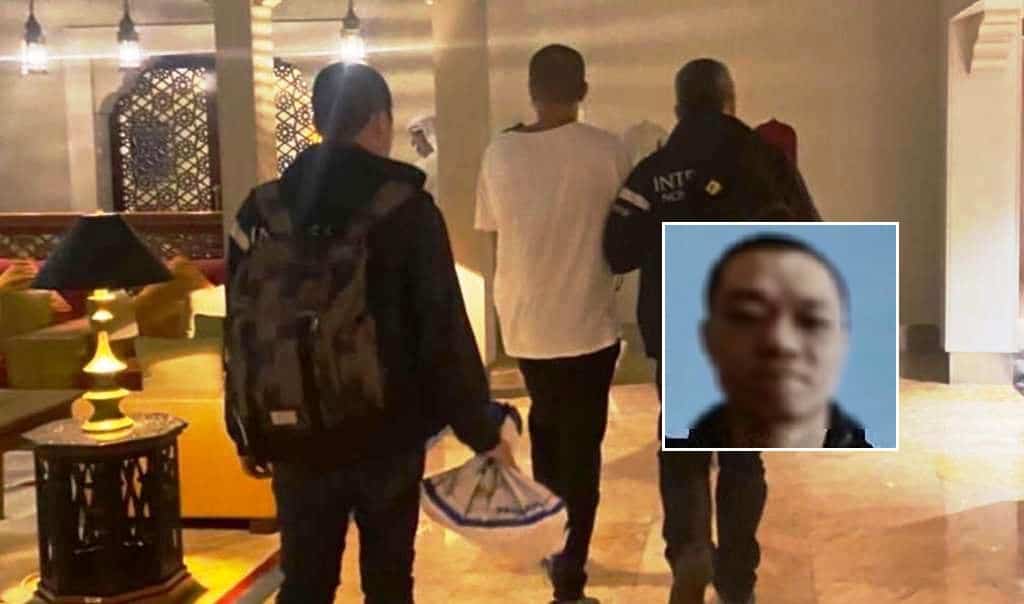 The Office of the Attorney-General announced yesterday that a call center gang member was extradited from Albania to Thailand to stand trial.

He arrived at Suvarnabhumi airport yesterday morning under the protection of Thai prosecutors.

It is believed that Kuo is the second-in-command of a Dubai-based gang that made VoIP (voice-over-IP) calls to deceive victims in Thailand and other countries.

The scammers pretended to be government agents, contacting the victims to say their bank accounts were connected to a narcotics investigation. They offered to assist with the investigation.

Police say the scammers used their victim’s personal information and would drain their money or deceive them into transferring money into the scammers’ bank accounts.

As a result of his involvement in cross-border criminal activity, fraud, and colluding to launder money, Mr. Kuo was indicted by Thai prosecutors in 2018.

Phra Khanong Court issued a warrant for his arrest, and Interpol placed him on its Red Notice list, he said.

Mr. Kuo was arrested by police in Albania’s capital, Tirana, on Sept 27 last year, who then alerted the Thai prosecutors, who then initiated the extradition process.

In another case, local officials said that a 20-year-old Thai man was arrested at an immigration office in Sa Kaeo’s Aranyaprathet district as he crossed the border back from Cambodia.

Chanthaburi police wanted him in Tha Mai district for fraud and alleged involvement with a call center gang.

The Chanthaburi provincial court issued a warrant for his arrest.