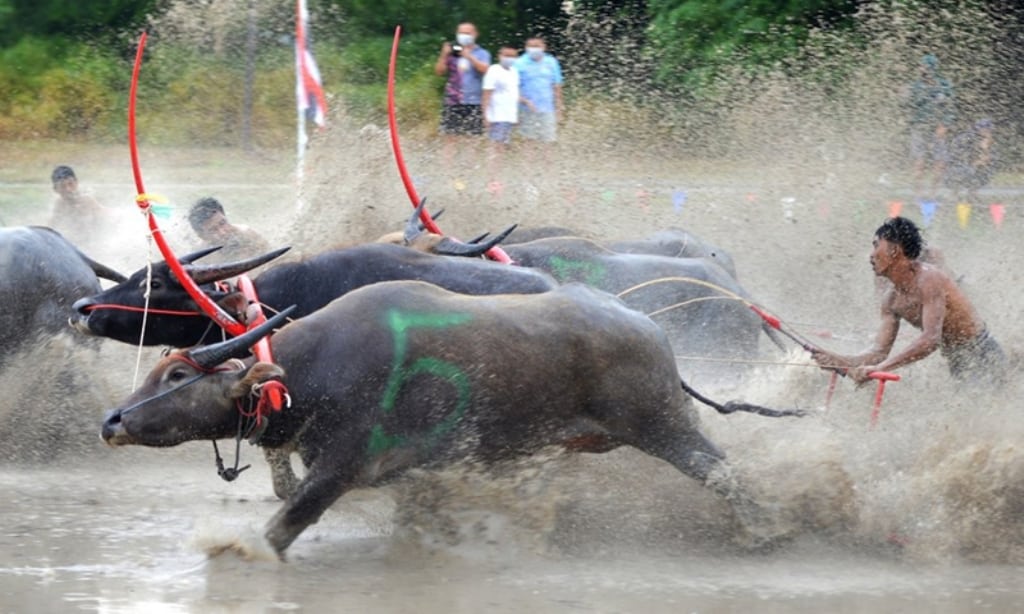 Farmers in central Thailand kicked off the Wing Kwai Festival, the annual buffalo race, on Sunday to mark the beginning of the rice growing season. The buffalo race signifies the end of the wet season, in a tradition dating back to the 1800s.

Thousands of spectators watched the racing on a 200-metre-long dirt track in the eastern seaside province of Chon Buri, approximately 80km southeast of Bangkok.

The race, which sometimes takes place at the end of the monsoon, was paused during the Coronavirus pandemic but resumed last year to great fanfare.

Most Thai farmers no longer use water buffalos for farming, but many still keep them as pets.

Thailand’s Wing Kwai Festival is one of its most unique festivals. Traditionally, this festival is held in Chonburi province in Thailand. Over 140 years have passed since the festival began, and now it is open to foreigners as well. 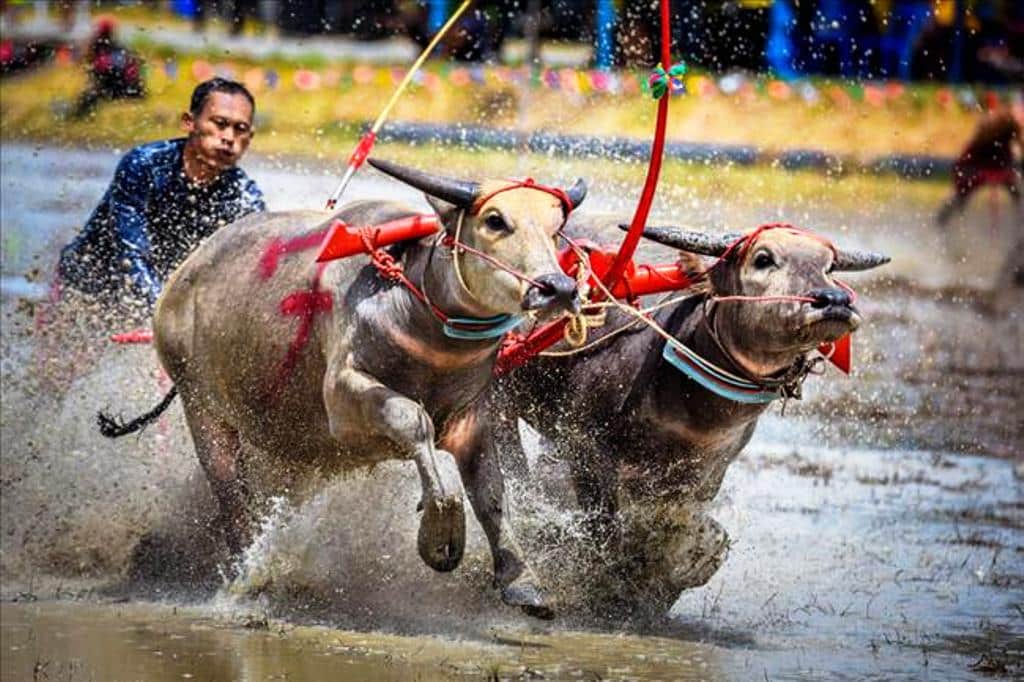 Buffalos in Thailand are Well Trained Before the Race

Amid cheers and cheers of the excited crowd, players will sit on the back of the buffalos in a race that extends about 200 meters.

Farmers began celebrating the festival in the 19th century to thank their farm animals.

The buffaloes are well trained before the festival by participating in a model race to get acquainted. According to locals, the festival will remind young people of the buffalo’s importance to farmers.

The event honours the buffalos’ contribution to agriculture in Thailand, the world’s largest rice exporter.

Water buffalos can weigh up to one ton, so controlling them is not an easy task. Meanwhile, the riders only had a rope and a whip for accessories.
Buffaloes can reach speeds of up to 50 km/h. The buffalo’s back is flat, which makes controlling the animal very simple for experienced riders. Each buffalo will carry a plow and be tethered by a rope to its owner during the race.
To participate in the festival, the buffaloes selected must be healthy, large, cared for with special regimes, and even drink beer. The participants will spend considerable time selecting, caring for, and controlling the buffaloes with proper health and characteristics.
Winning buffalos can be sold for around US$9,000.
Related Topics:
Up Next