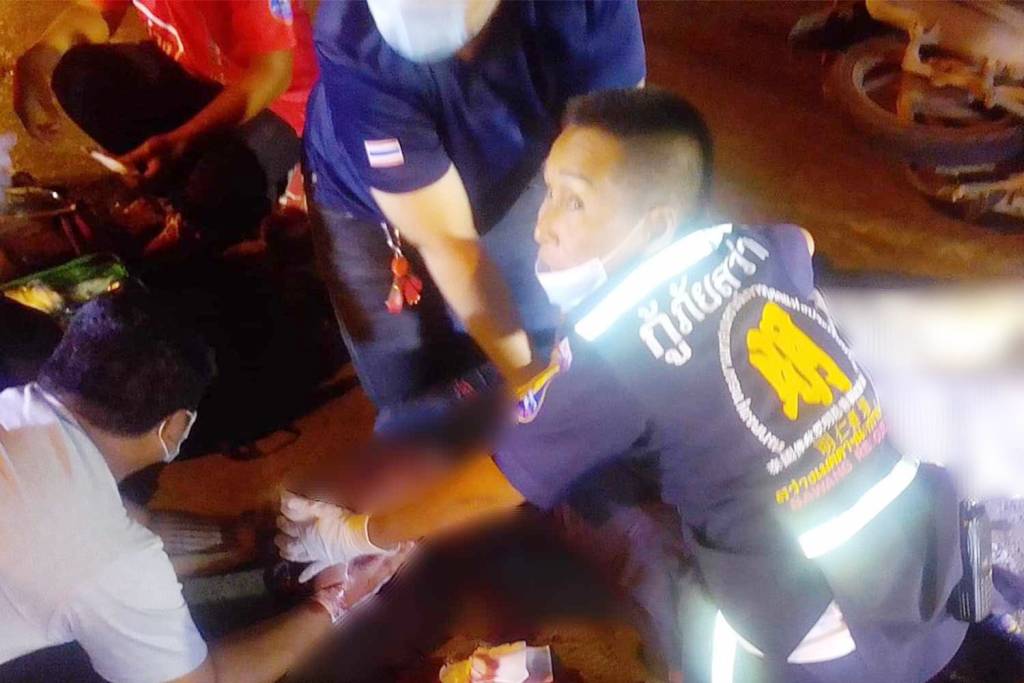 A 43 year old British national driving a motorcycle was killed by a hit-and-run driver in Northeastern Thailand on Wednesday night. The tragic accident happened in the city center of Nakhon Ratchasima.

Police and rescuers responded to a call to Phon Lan gate intersection, about 11.35pm.

They found British man lying face down on the road in a pool of blood near a damaged motorcycle. The Briton had no pulse. Rescue workers immediately began CPR, but were unable to revive him, the Bangkok Post reports.

According to the police report the dead Britons name was withheld pending notification of relatives. Police said its was reported that he had a meal with friends not far from the scene before the crash.

Furthermore police believed he was hit by a truck which fled the scene after the deadly accident. Traffic Police said they were examining footage from surveillance cameras in the area.

The Britons body was taken to Maharaj Hospital for postmortem examination. The police also said they would continue to investigate and bring the truck drive to justice.

Meanwhile, A mother in northeastern Thailand was found dead at her home with her throat slit. Police believe its a murder stemming from an extramarital romantic affair.

29 year old Nattarika Shibahara lived with her 6 year old daughter, who was at school when the crime happened. Her Singaporean husband was also away.

A forensics team said she had been dead for 3 hours before police discovered the body. It which was sent to Maharat Nakhon Ratchasima Hospital for autopsy. Police found no sign of forced entry but there was evidence of a fight in a bedroom. The house had been ransacked.

Investigators in northeastern Thailand are working on the theory that the motive for the murder involved a romantic affair.