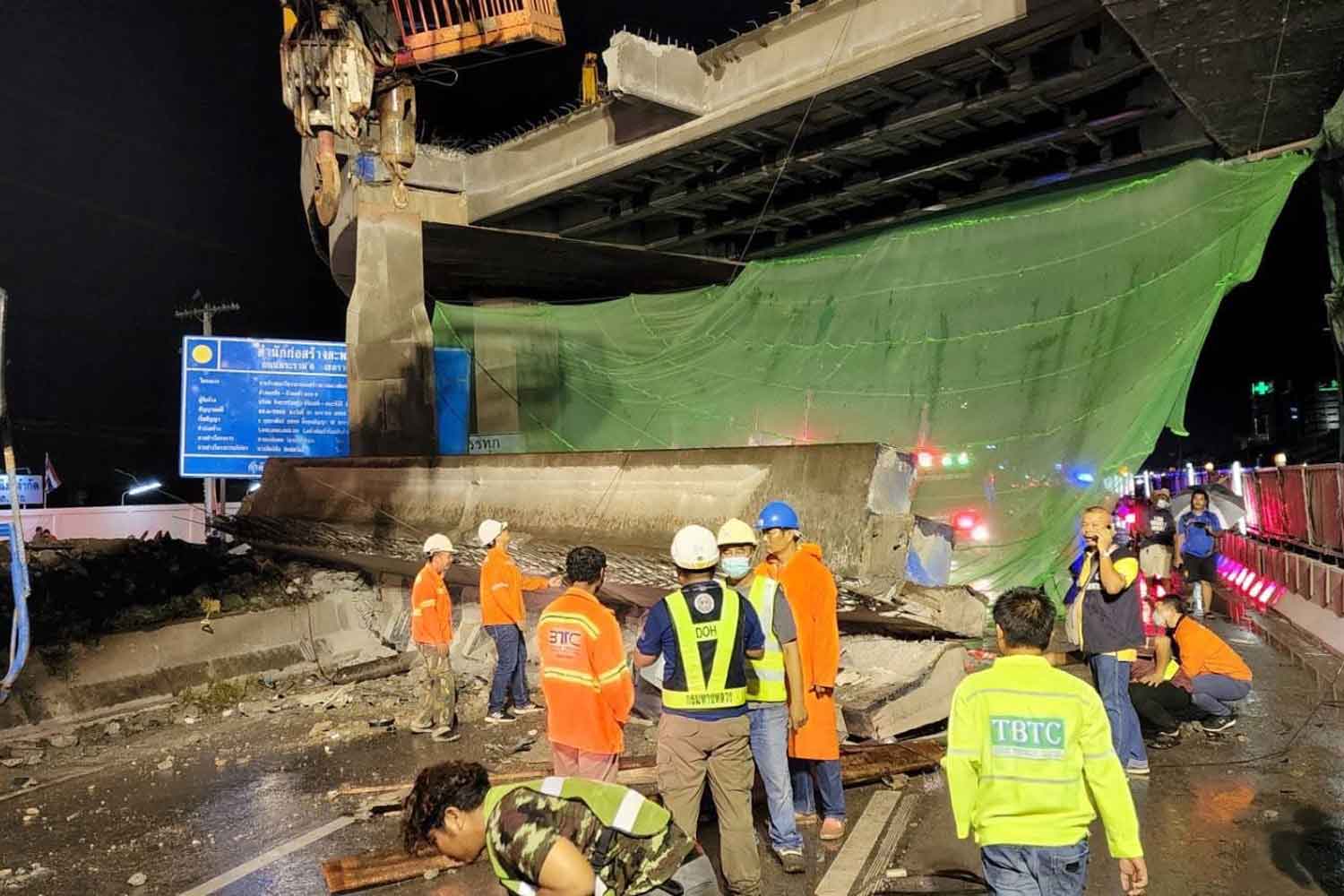 The minister was answering reporters’ questions at Government House on Tuesday.

It is possible that a huge concrete beam fell from the flyover bridge during its repair, but Saksayam would rather wait for the official investigation results. The findings were expected within 14 days.

Earlier, he had ordered highway maintenance and construction to cease during high traffic on long holidays.

This incident occurred on Thursday, the final day of last week’s long weekend, on the Bangkok side of Rama II Highway. The Rama II highway connects Bangkok with the South.

He said the outer beam of the bridge fell without warning.

As a result, the highways department based in Pathum Thani province took up the bridge repair and didn’t hire a contractor.

Structural Safety of the Bridge

Likewise, he was eagerly awaiting the results of the investigation. The department would impose strong punishment on any official found responsible, Mr. Sarawut said.

In the early hours of Sunday night, a five-tonne concrete beam fell from a U-turn overpass directly onto a car passing below. A passenger was killed instantly when the beam hit the car; the driver was injured and hospitalized.

An unloaded diesel tanker and a pickup truck were also struck by part of the beam. Two workers fell when the beam collapsed; one died from his injuries.

It was necessary to close the inbound express lanes of the national highway while the bridge’s structural safety was investigated.

Thanes Weerasiri, president of the Engineering Institute of Thailand, explained that it is possible that the outer beam with the guard rail could fall if the surface is taken off before the beam is removed.

He said that the guard rail must first be removed from the damaged U-turn bridge.

In a later statement, the Highways Department stated that it would remove all remaining overpass beams at noon on Wednesday to reopen express lanes on Rama II Road.