China Eastern Airlines said Monday that its Boeing 737-800 plunged midflight and crashed in a mountainous area of southern China, according to flight tracking data and reports. 132 people were on board.

There have emerged shocking visuals that show the moment when a Boeing 737 fell from the sky on Monday and crashed into the southern Guangxi Zhuang Autonomous Region in China. During the flight, China Eastern was en route to Guangzhou. A total of 132 people were onboard the aircraft. 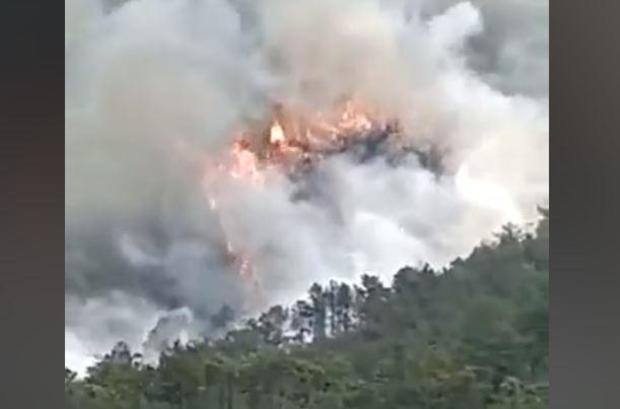 In the morning of September 30, a Boeing 737 of China Eastern Airlines, which was flying from Kunming to Guangzhou, crashed in Tengxian County in Wuzhou’s city of Wuzhou, causing a mountain fire, according to a report from Xinhua news agency.

On its website, the Civil Aviation Administration of China stated that there were 132 people on board, including 123 passengers and nine crew members. A number of casualties have not yet been determined, the report noted.

China Eastern Airlines plane was reportedly in the air for just over an hour, according to flight-tracking sites. Located in the southwestern part of China, Guangxi is a province adjacent to Guangzhou, a major city in the southeast where the plane crashed and blew up into flames. A search and rescue operation is underway for the victims.

As of today, the domestic flight from Kunming was scheduled to depart at 1.10 pm (local time) and arrive in Guangzhou at 2.52 pm (local time). However, the flight is now marked as out of reach on the app of Baiyun airport.

China at Risk: COVID Locks Down Millions More In China

Estonia’s PM Kaja Kallas: “Putin Must Not Win This War”