When people come to Bangkok they think about sight seeing, shopping and street food. The last thing on their minds is snakes. In Bangkok, snakes are much more problematic than most people realize.

The 119 hotline statistics were released after a resident in Bangkok posted a picture online of a large boa constrictor hanging from a tree in Din Daeng district. The photo quickly went viral, spurring a strong response among netizens in Bangkok. 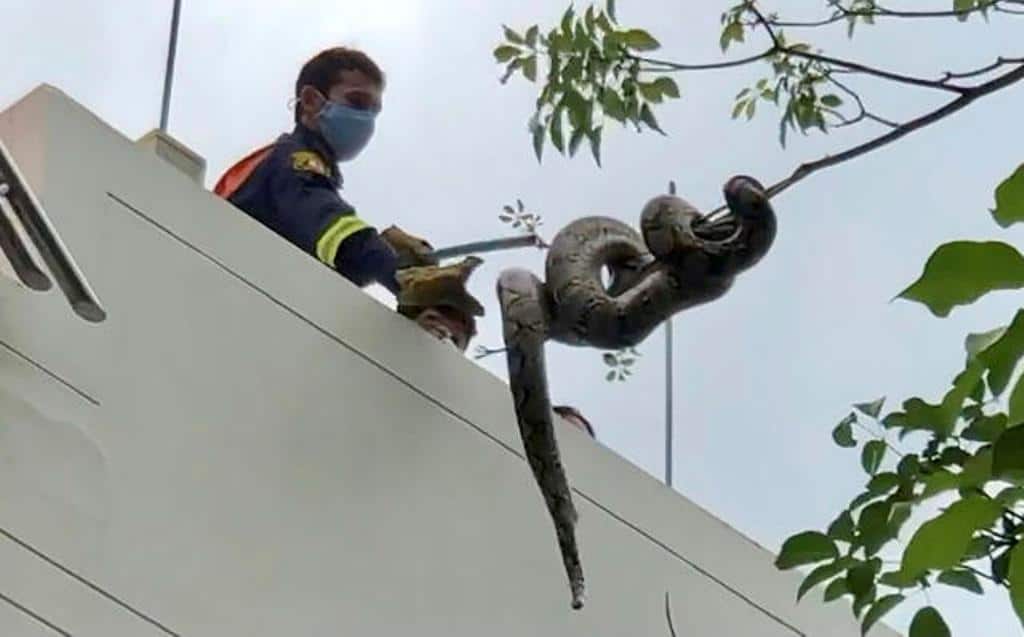 Approximately 200 calls are logged every day in Bangkok from people seeking assistance with snakes, water monitors, and wasps, according to rescuers at the emergency hotline.

According to the operators, snake-related calls account for about half of the calls. In general, a snake report is made every 15 minutes over the course of a 24-hour period, said an operator.

The hotline reports that snakes are captured with a success rate of over 90%. After this, the reptiles are turned over to the Department of National Parks, Wildlife and Plant Conservation for release.

Bangkok’s Zoological Park Organization adviser Dr. Alongkorn Mahanop says no official government survey of snake populations has been conducted, so there are no definite statistics are available.

Nonetheless, he estimated that each district in Bangkok has at least a thousand snakes slithering around, so encounters are very likely.

According to Dr Alongkorn, Bangkok’s snake population is high due to the fact that they have no predators praying on them. This means that the reptiles have no direct threats while rats, stray dogs, cats, and chickens act as their food.

Over 200 snake species live in Thailand. In the capital, boas, cobras, green pit vipers, pythons, sunbeam snakes, golden tree snakes, red-tailed pipe snakes, and copperhead racers are most common. The majority of these are non-venomous.

There are even more venomous snakes outside the big city, including the Malayan pit viper, the banded krait, and the world’s largest poisonous snake, the king cobra.