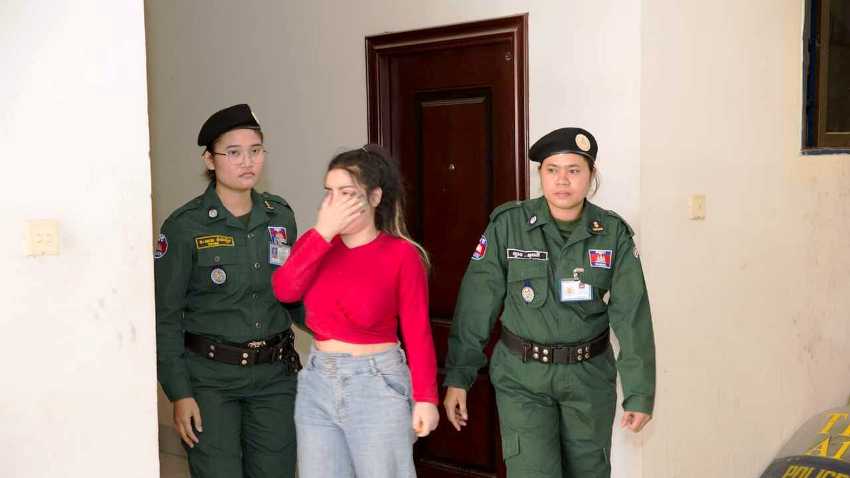 On 17 February 2020, Prime Minister Hun Sen attended the annual meeting of the Cambodian National Council for Women where he spoke about the need to probe and stop women from selling products on Facebook marketplace while wearing clothes that are contrary to social morality or ‘Khmer women’s values and Khmer culture’.

Two days later, the police posted on social media that they summoned Vann Rachana (known as Thai Srey Neang on Facebook) for questioning and education about her Facebook marketplace page. Featuring products such as women’s underwear and beauty accessories.

She appeared in a Facebook video appealing for public forgiveness and vowed to stop wearing ‘revealing clothing’ on her Facebook marketplace page.

On 21 February, the police said Rachana violated her pledge by posting another ‘sexy’ photo on her Facebook page. She was arrested and charged with pornography. She allegedly violated Cambodia’s law against human trafficking and sexual exploitation. If found guilty, she could be in jail for 15 months.

In a joint statement, several women’s groups in Cambodia criticized the prime minister’s remarks. Also the actions of the police. They reminded authorities that there is no legal document defining “women’s values in the country. They added that “punishing women for their choice of clothing is part of the root cause of violence. Rather than its cure, and must be rejected.”

Saying there is much evidence-based research showing that violence against women stems from discriminatory gender stereotypes. A victim-blaming culture – both of which are deeply rooted in Cambodian society – as well as weak law enforcement resulting in a culture of impunity. It is not based on women’s dress, physical appearance or actions.

Eng Chandy, advocacy and networking program manager for Gender and Development in Cambodia, deplored the double standards of law enforcers.

Many popular singers also wear sexy clothing when they perform. Didn’t they create feelings of sexual arousal? Did anyone file complaints against them? Did anyone say that they damaged Cambodian culture?

This law was written by men and interpreted by men and adopted by men, and men are enforcing the law.

These charges rest on the abusive misapplication of a law which was supposedly intended to combat human trafficking, but instead is being used to oppress women.

Bunn Rachana, executive director of women’s advancement organization Klahaan urged the government to take the lead in adopting reforms that will truly empower women instead of enabling violence:

It’s almost like [officials] are empowering perpetrators to take actions that violate women and girls.

It’s possible to fix [a male-dominated society] if the leadership of the country promotes human rights standards…and takes all necessary steps to correct unfair social norms.