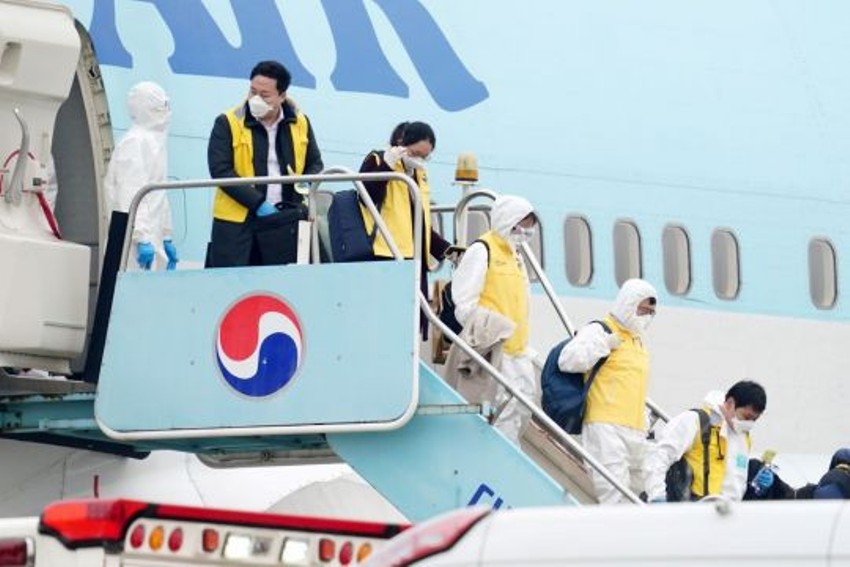 South Korea’s flagship carrier Korean Air has reported one of its cabin crew staff has tested positive for coronavirus, the airline said on Tuesday (Feb 25). Korean Air has also closed its office near Incheon International Airport, where the crew briefing room was located.

The Korea Centres for Disease Control and Prevention (KCDC) notified Korean Air the air crew staff member was confirmed to have been infected, Reuters reports.

Furthermore details of route and flights flown by the cabin crew member were not immediately available.

South Korea reported its seventh fatality from the new coronavirus and 161 new confirmed cases on Monday. Bringing the total infections here to 763.

A 62-year-old man, who is tied to a hospital in the southeastern county of Cheongdo, died of the virus on Sunday.

Seven people have died in South Korea from the coronavirus

Two clusters of infections — at a branch of a religious sect in the southeastern city of Daegu and a hospital in its neighboring county of Cheongdo. Furthermore both have continued to rise sharply, taking up more than half of the total cases in the country.

Of the 161 new cases, 142 are in Daegu, 300 kilometers southeast of Seoul. And also neighboring North Gyeongsang Province. Another three were also reported in Seoul, the Korea Center for Disease Control and Prevention said in a statement.

On Sunday the Korean Times reported, South Korea raised the virus alert level to the highest of “red,” marking the first such threat level since the 2009 outbreak of H1N1 swine flu.

The alert level allows authorities to order the temporary shutdown of schools and cut flights from and to South Korea.

Consequently the education ministry has instructed all kindergartens and schools to delay their new semester by a week. Above all in an effort to prevent the virus from spreading more widely.