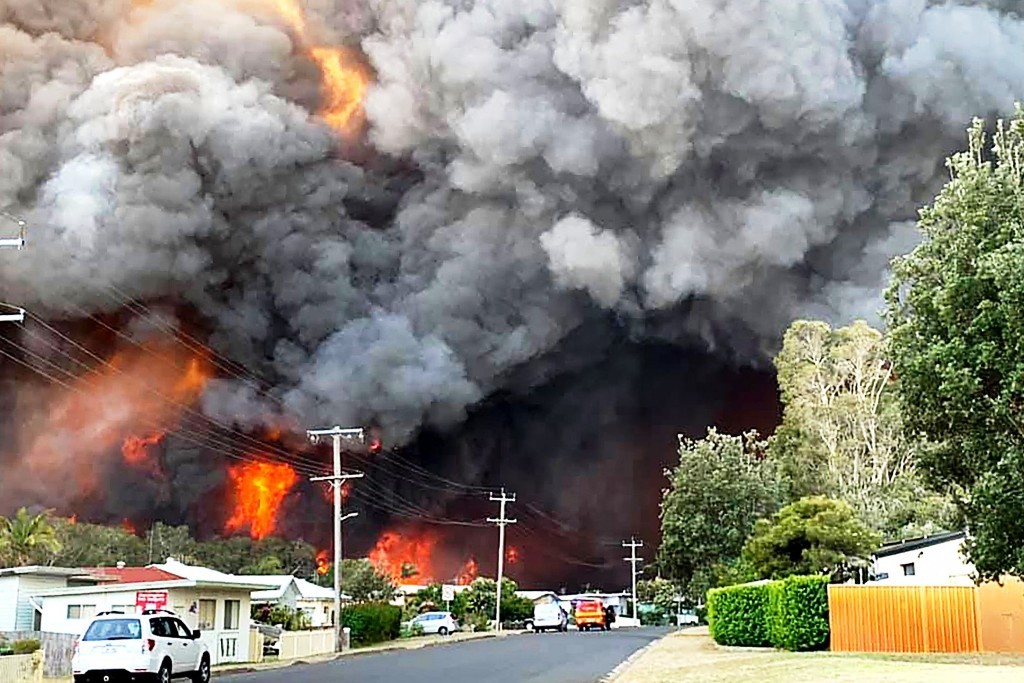 A third person was confirmed dead on Wednesday in devastating bush-fires that have engulfed Australia’s southeast coast this week. While a fourth person was missing and feared dead.

Furthermore the Government has ordered navy ships to provide supplies and assist with evacuations.

Catastrophic blazes ripped through swathes of the continent’s south-east on New Year’s Eve. Killing at least eight people and stranding holidaymakers as seaside towns were ringed by flames.

Fanned by soaring temperatures, columns of fire and smoke blackened entire towns on Monday and Tuesday. Forcing thousands of residents and holidaymakers to seek shelter on beaches. Many stood in shallow water to escape the flames.

The tourist leave zone stretches about 200 kilometres from the popular holiday spot of Bateman’s Bay to neighbouring Victoria state. Where people are also being urged to evacuate fire-threatened areas.

Visitors are being warned to leave before Saturday

NSW Transport Minister Andrew Constance told ABC News it would be the “largest evacuation of people out of the region ever”. With thousands preparing to leave ahead of another “terrible” day of fires.

NSW Rural Fire Service deputy commissioner Rob Rogers said firefighters were unable to extinguish or control the blazes. “The message is we’ve got so much fire in that area, we have no capacity to contain these fires,” he told Reuters. “We just need to make sure that people are not in front of them.”

Authorities still have not been able to reach some rural communities, such as the town of Genoa in Victoria.

The smoke has also drifted to New Zealand where it has turned the daytime sky orange across the South Island.