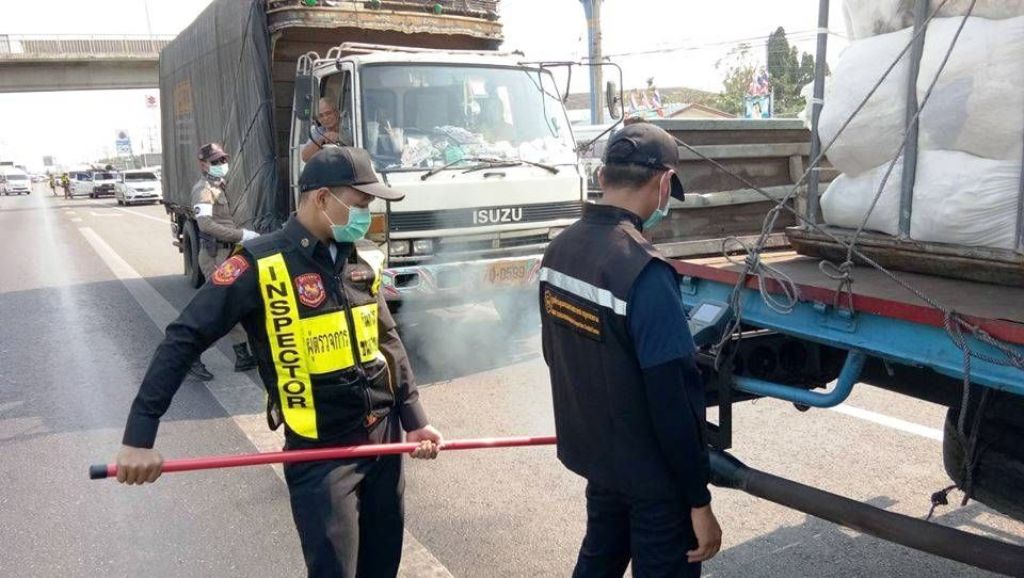 As air quality in Bangkok and surrounding areas worsens the Transport Department is once again cracking down on vehicles with excessive Exhaust Emission. Imposed hefty fines on trucks and buses with exhaust emissions that exceed safe limits.

Department Director-General Jirut Visarnchit said inspectors are regularly screening black smoke emitted by trucks and buses on daily basis. Compared to only on working days previously. The inspections are on all major and minor roads in Bangkok and surrounding provinces.

The department has also cooperated with several government agencies including Bangkok Mass Transit Authority (BMTA) in checking exhaust emissions from the city buses.

A fine of 5,000 baht will be imposed on violators and vehicles with excessive exhaust emissions. Vehicles that exceed safe emission limits will be banned from the roads.

In inspections between October 1, 2018 – December 30, 2019 officials found that out of 37,873 vehicles, 743 vehicles, emitted excessive exhaust fume. The fumes were over required standards or over 45 per cent and legal action was taken against the owners.

Vehicles with exhaust emissions between 30 – 45 per cent received notification that owners must check them regularly, he said.

“People living in Bangkok and its vicinity will continue to be affected by PM2.5 dust,” the report said. The Greater Bangkok was out of the serious zone on Sunday.

Any measurements above 90 — the red zone — are considered a serious threat to health. Levels of 51-90, the orange zone, affect people negatively.

People in orange zones are advised to curb exercise and outdoor activities. When they do go out, they should wear masks, the department said.

Khon Kaen and Phayao were also among provinces conducting activities to reduce dust levels in their municipalities.

In Khon Kaen, trucks sprayed water and workers cleaned up dirty roads in the municipality, although PM2.5 was only measured at 41 in the area. Water was also sprayed to reduce toxic dust levels in the Khon Kaen municipaltiy on Sunday.

Officials in all districts of Khon Kaen have also been ordered to prevent farmers from burning sugarcane fields.