The Sale and Distribution of Alcohol Banned During Provincial Elections 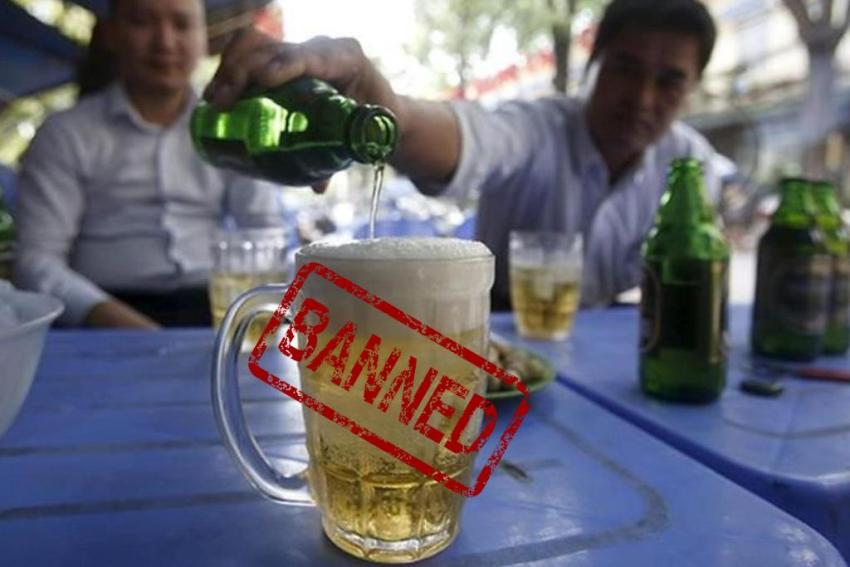 The sale and distribution of alcohol in Thailand, even parties serving alcohol, are banned from Saturday 6pm to Sunday 6pm, all in aid of the Provincial Administration Organisation elections. Unless you’re Thai, you don’t need to worry about the voting although the alcohol ban will affect everyone who lives in the Kingdom.

Having a party or a wedding on the day? No problem, as long as there’s no alcohol. Violators of the ban could end up in jail for 6 months, and/or fined 10,000 baht.

The announcement of the timing provides plenty of warning and time to stock up for the 24 hour ban if it’s going to impact you.Even though the ban has been standard practice for provincial elections, it seems to have caught many foreigners off guard who believe the ban shouldn’t apply to them.

The online response has been broadly critical of the government policy, particularly among the expat communities.

Paul told The Thaiger… “Just another example of people control…animal farm! Nothing less.”

Chris had it already worked out… “Pathetic, just buy your booze 5 minutes before cut off and consume it anywhere you like for the next 24 hrs, so long as it not in a bar, Ting Tong Thailand.”

Joan lamented her bad timing… “My luck. That’s the day I come out of quarantine.”

Gary brought the ban on advertising of alcohol on social media into the issue… “Oh no I have just seen the picture of beer labels. I am now corrupted and drinking heavily.”

Mark went all ‘conspiracy’… “They timed the election just to ruin Christmas.”

Y.A. saw the issue as part of the government’s… “ridiculous war on alcohol”…. “ Even more foreigners can’t vote and should be exempted from this foolishness”.

Exactly why there is a ban on alcohol on provincial Election Day hasn’t been adequately explained by Thai officials. Even more it follows a generally risk-averse culture towards alcohol even though it’s generally, freely available. Just recently Thailand also banned the sales and promotion of alcohol online. Even more it adds to an already broader ban on media advertising of alcoholic beverages in Thailand.

Thailand’s Bans the Buying and Selling of Alcohol Online

The Thai Police held a press conference to announce the new law that prohibits the sale of alcohol online or via digital channels in Thailand.

“From Monday, Dec 7, the sale and advertisement of alcoholic beverages online will be prohibited,” deputy police spokesman Pol Colonel Siriwat Deephor said. “Direct selling, persuading consumers, introducing products or other related services via digital channels that enable sellers to complete a sale without meeting the buyer face to face will be banned.”

Consequently this prohibition, however, does not include paying for alcoholic beverages via electronic methods at stores; restaurants;or establishments that serve alcohol in Thailand.

Dr Niphon Chinanonwet, director of the Department of Disease Control’s Alcohol Control Committee, said these controls are being introduced because it is difficult to check if the sale of alcohol online is in compliance with legal limits. Such as age, in line with the Alcoholic Beverage Control Act.

“This prohibition also applies to all retailers and wholesalers, regardless of the size of company,” he said. “This law is not a ploy to cut off sales channels for small businesses as some say.”

23-Year-Old Tourist Falls to Her Death in Koh Samui