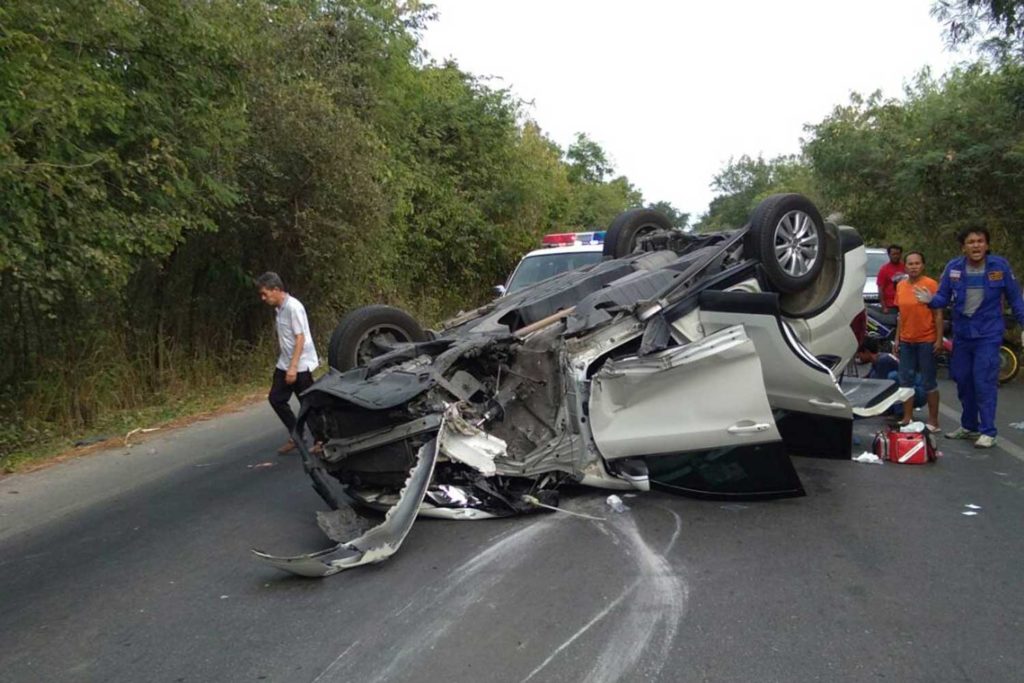 The Road Safety Center has reported that during the 7 dangerous days of New Years a total of 373 were killed in Thailand. The road death toll actually dropped 20 percent the lowest in 5 years.

Drunk driving and speeding were major causes of the crashes. A total of 230,603 people were charged with traffic offences. Including 56,447 failing to wear crash helmets and 51,686 driving without licenses.

When comparing to last year’s figures, the number of New Year holiday road accidents was 370 lower. The numbers of deaths and injuries during this New Year holidays were also down from the previous year by 90 and 393.

Drink-driving topped the list of traffic offences during the seven-day dangerous New Year period, with 23,723 offenders.

Prime Minister Prayut Chan-o-cha said on Thursday despite the improvement he was not happy with the figures. Saying Authorities must remain vigilant and continue to find measures to lower the numbers further.

The “seven dangerous days” from December 27-January 2 are so-called because, with so many people travelling to and from family holiday gatherings, the number of road accidents spikes.