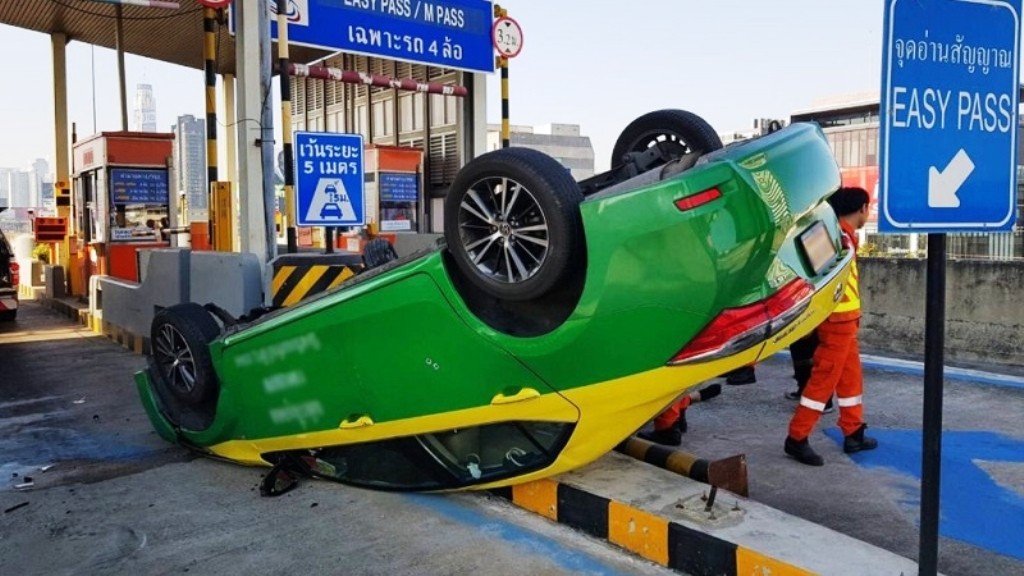 A taxi driver was killed when he lost consciousness on the Dindaeng tollway in Bangkok while transporting a passenger. His taxi crashing into concrete barriers and then flipping over.

Whn police and rescue workers arrived at the scene they found Taxi driver Manas Mapradit, 59, dead in the car. While his female passenger was trapped inside the over turned taxi. The rescue team extricated the woman from the wreck and took her to Private Hospital.

The injured passenger told police that the taxi driver had told her he suffered from some health symptoms. Shortly after that conversation he passed out while driving.

The shooting was reported to Bang Rak about 9.30pm, the Bangkok Post reported.

His white Lexus SUV was parked outside the Surawong Sarika Co parking lot. Seven bullet holes were found in the doors on the left side of the vehicle.

He said after seeing the bullet holes in his car that he was certain the shots had been intended to take his life. However, he had no conflict with anyone. Pol Lt Gen Surachet is now an adviser to the Prime Minister’s Office.