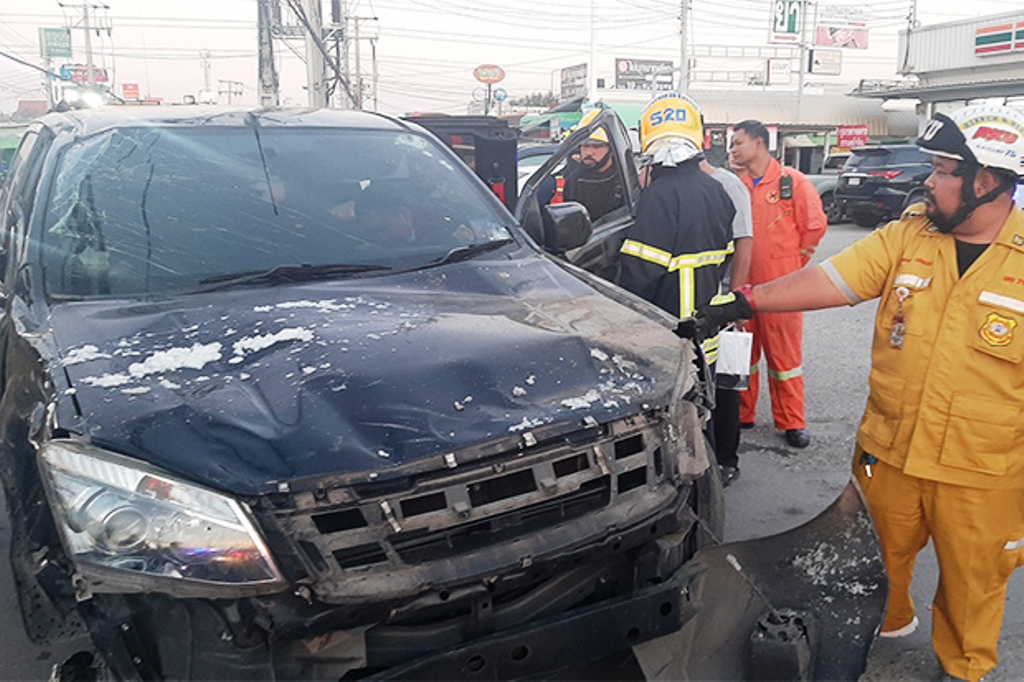 A speeding pickup driver has been killed and the passenger injured after crashing into a roadside restaurant south of Bangkok on Sunday morning. Local police believe the driver of the truck had been racing another vehicle.

The pickup driver, who was later identified as Thammanoon Nathadthong, 26, was killed. The other man in the pickup, who was not identified, was injured.