Shoppers Get Creative After Plastic Bag Ban in Thailand 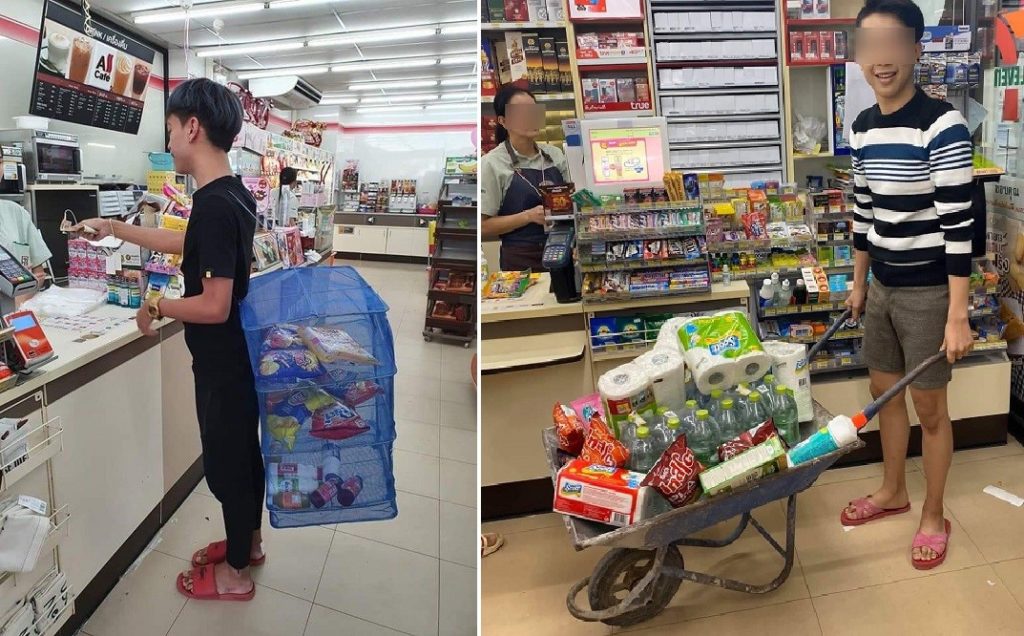 The plastic bag restriction was introduced as of January 1st by major retailers and 7-Eleven convenience stores.

The ban was a victory for environmental campaigners as individuals use an average of eight plastic bags a day.

Customers can now buy reusable bags however but budget-conscious shoppers have become more creative. Penny pinching shoppers have grabbed anything available and celebrating their different choices on social media.

One man posted on social media a photo of himself using netting for drying fish.  He tossed snacks, milk and juice and posed for a photo at a 7-Eleven. His post racked up more than 1,600 likes on Facebook.

In other posts, one man grinned at the camera as he held a wheelbarrow laden with bottles of water, paper towels and soap. Another two women clutched each side of a pink laundry basket heaving with goods.

The United Nations has reported that Thailand is one of the largest contributors to ocean pollution.

Awareness over the plastic problem quickly spread over social media in Thailand the last year. Images of dead turtles, whales and dugongs with pieces of plastic bags clogging their stomachs went viral.

Deer Found with 7Kg of Plastic in its Stomach

In 2019 the Thai government also unveiled a campaign to eliminate Styrofoam food packages plus other single-use plastic items. Including lightweight plastic bags, straws and cups by 2020

Thailand’s Environment Minister has said ministries top priority is reducing the amount of single-use plastic bags in Thailand. Even more the The Pollution Control Department (PCD) has introduced a 20 year-action plan on plastic waste management from 2018-2037.

Environmentalists have praised the ban as an important first step implemented by Thailand. Furthermore they say that Thailand more needs do do more eliminate its throw-away culture.