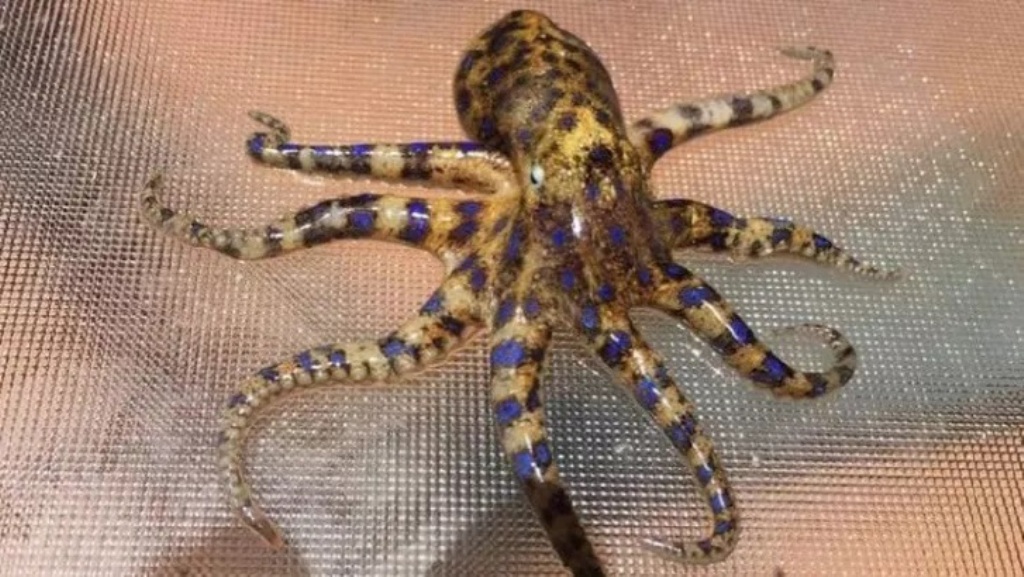 The Department of Marine and Coastal Resources issued the warning after being told about grilled blue-ringed octopus being sold at a night market on Sunday. The blue-ringed octopus contains a dangerous poison that cannot be destroyed by cooking and for which there is no antidote.

Sumana Khachornwattanakul, director of the Marine and Coastal Resources Research & Development Institute, said the woman who found the octopus and alerted the department was not sure if it was the poisonous type.

“The woman who bought it said it was among grilled seafood also being sold,” said Ms Sumana. “The blue-ringed octopus is sometimes found in seafood markets and restaurants and vendors aren’t aware they are highly poisonous.”

Although quite small the blue-ringed octopus carries enough venom to kill 26 adult humans within minutes. The process through which its victims die can be excruciating while paralyses yet fully conscious as the heart stops and suffocation begins through paralysis of the diaphragm, preventing the victim from breathing.

Although rare in local waters, the blue-ringed octopus can be found in both the Gulf of Thailand and the Andaman Sea. Dr Jaruwat Nabhitabhata, research lecturer at the Excellence Centre for Biodiversity of Peninsular Thailand operated under the Faculty of Science, Prince of Songkla University, explained that the blue-ringed octopus is not aggressive.

“In contrast, the blue-ringed octopus is a peaceful animal. If one encounters a large animal like a person, it will hide in a crater of a rock and among seaweed,” he told the Phuket News.

“But it will appear after it is bullied and teased first. It will show its blue rings as a warning. if it feels threatened, it will respond to defend itself by biting,” he added.

Dr Jaruwat noted, “My best advice is to not disturb one if you find one in the wild. Do not handle it with bare hands and do not take it out of the water. The squid will feel threatened and will protect itself.

“Also, do not eat one, as they are poisonous, and do not keep one as a pet as it is a danger to people in the house.

“If you accidentally catch one while fishing or come across one in the wild, just leave it be,” he said. Chief Kongkiat urged any people who see blue-ringed octopus for sale, cooked or alive, to call the PMBC at 076-391128.

“DMCR officials will go to check and explain the danger to the vendor, and take from the vendor whatever blue-ringed octopus they find as a precaution,” he said.