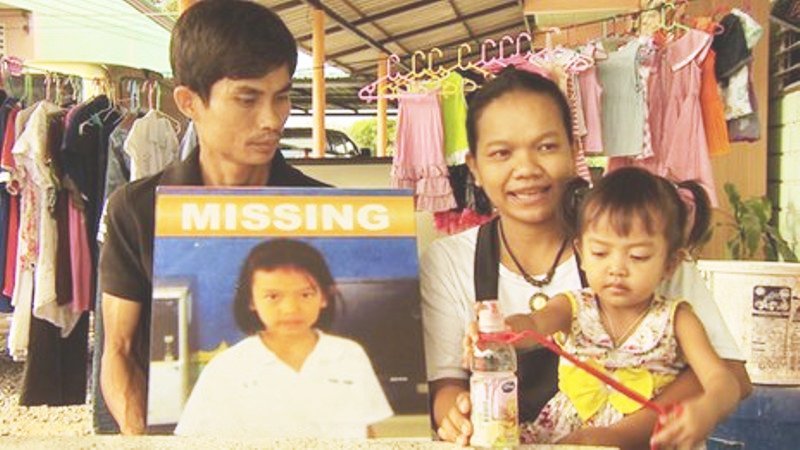 The Mirror Foundation, an NGO which helps families with missing children reports a total of 244 children in Thailand went missing last year. Of which the number of missing girls was 50% higher than boys.

The report states that the missing children were usually aged between 13 and 15 years-old. Among the 244 children 99 were boys and 145 were girls with only 193 having been found so far, said the report.

According to the head of the foundation, Eaklak Loomchomkhae, the number of children missing children has decreased over the past two years, it’s still a worrying figure.

“The reduced number is probably caused by a shift in demographics. The number of children going missing in Thailand is declining due to our low birth rate but the problem is still there,” Mr Eaklak said.

According to the report, 74% of missing children voluntarily ran away from home to escape domestic violence; 12% were abducted; and some fled to stay with their boy or girlfriends; or in response to invitations from those they befriended via online media.

To prevent child abduction, Mr Eaklak suggested that parents teach their children not to talk to strangers.

They should also tell their children to run and scream for help if someone tries to force them to go somewhere. Even more is he/she tries to push them into a car. Also ask for help if they are lost and always ask for permission before going with anybody, he said.

In case a child is already lost or missing, Mr Eaklak advised parents to remain calm. Furthermore they should contact local police and officials.

Mr Eaklak said parents should be on their guard as unexpected incidents can happen in a second.

Some places where parents often assume their children will be safe are actually danger zones, he said. They include temples, especially when temple fairs are held, hospitals, public parks and shopping malls.

To mark Children’s Day, Mr Eaklak also presented a list of offenders collected by his foundation to the police. Offenders who have previously committed kidnappings.

“In our experience, offenders who have committed child abductions tend to repeat the crime. We want to share our information with the police. So they can use it to monitor and identify suspects in cases of missing children,” he said.

Pol Lt Gen Pitaya Sirilak, who received the list, said the Office had set up a centre to handle cases of missing children and unidentified bodies.

The centre was developing ways to disseminate information about missing persons to the public, he said. Its hotline number is 1599.