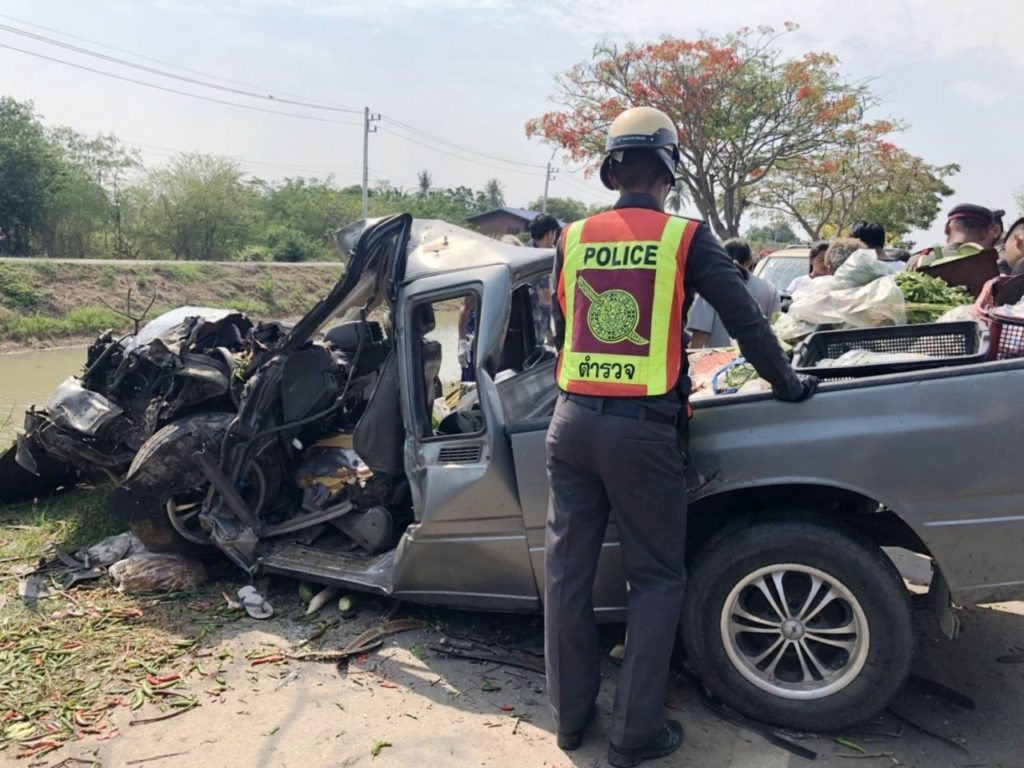 Aiming to reduce road accidents year-round, the Royal Thai Police will be keeping a closer eye on riskier drivers. Especially drunk driver, speeders and the elderly, as Songkran approaches.

Deputy Commissioner-General Pol General Suwat Chaengyotsuk announced at a seminar on Wednesday that accident records from New Years had identified which preventive measures had been most successful.

An action plan highlighting those measures has since been drafted the Nation reports.

To reduce accidents during Songkran holiday, the plan includes a campaign to encourage motorcycle riders to wear helmets. Also lists of drivers who are accident risks in every village and sub-district,” Suwat said.

Police will coordinate with the relevant groups to hold a training course for village heads and sub-district chiefs. Training courses on how to instill road discipline among citizens. Police will also have patrol teams monitoring traffic conditions and driver alcohol test throughout the year.

People need to be more fully aware of the law, General Pol Gen. Suwat said. This can be achieved through stricter enforcement, resulting in a sustainable reduction in accidents.

Thailand had the world’s second-highest rate of road fatalities per capita, surpassed only by war-afflicted, lawless Libya, according to a 2015 report from the World Health Organisation (WHO).

When it comes to per-capita motorcycle deaths, the country is number one.