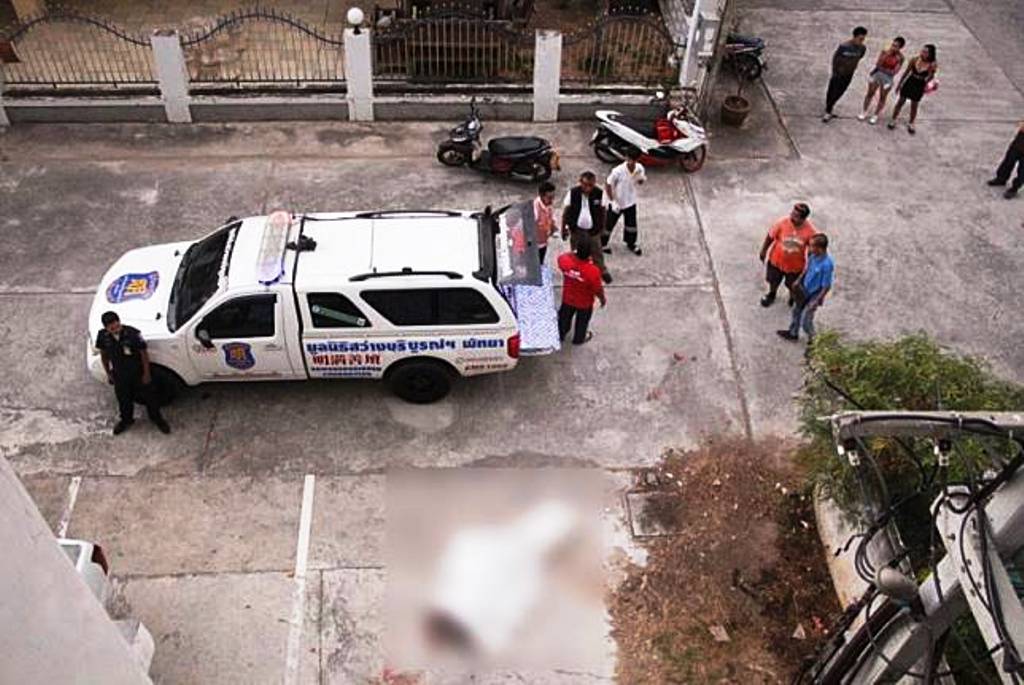 A 55 year-old Iranian man fell has fallen to his death from an eight-storey building in Bang Lamung district of Pattaya, Thailand. The body of man was found lying face down on the ground behind the building by security guards.

While patrolling the housing estate, he heard a thud behind the new building. Which was also still under final construction. He rushed to check and saw the mans body.

Police inspected the vacant building have yet to find out from which floor the Iranian fell from. The man was later identified as Mr. Reza Karim (translated from Thai) from Iran.

Pattaya Police are investigating the circumstances leading to his death. They are examining security video and calling those close to the man for questioning.

Yesterday, a 81 year-old Swiss man suffering from paranoia died after allegedly setting his home on fire in Pattaya. Firefighters were alerted to a fire at 6am on Thursday, in Bang Lamung District.

Smoke were seen billowing out from a one-story house in the housing estate. Pattaya firefighters were able to put out the flames and also disconnect electricity supply to the property.

The Pattaya Firefighters entered the home and found Swiss National Henry Hermann (81), lying on the floor. They consequently performed first aid on him but failed to save his life.

Furthermore his body was taken for an autopsy as Pattaya police investigate the incident.