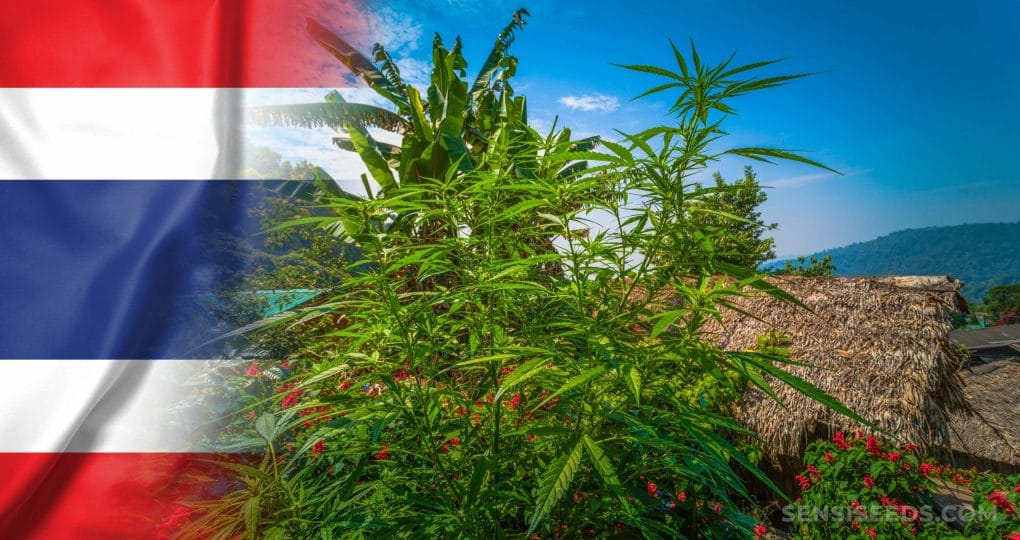 Thailand’s Agricultural Ministry has announced plans to turn 4000 acres of land in three provinces into medicinal herb plantations growing cannabis, hemp and green chiretta (fa talai jone), under a project to develop and add value to Thai agricultural products to the eastern seaboard of Thailand.

According to the Agricultural Ministry green chiretta (Fa talai jone) is a medicinal herb currently in the spotlight because its ability to treat illness caused by Covid-19, while cannabidiol, or CBD, extracted from cannabis can be applied to treat numerous ailments.

Hemp extracts can be turned into cosmetic ingredients and its fibre can be used for weaving cloth and making paper.

The three herbs are being promoted under a memorandum of understanding (MoU) signed on Tuesday between the Agricultural Land Reform Office (Alro) and the Eastern Economic Corridor Office (EECO).

Authorities plan to allow landholders in the three provinces to plant the three herbs in order to supply raw materials for industries. The government launched a Sor Por Kor land reform program in 1975, with the aim of allocating plots of land to landless farmers so they can earn a living.

Chachoengsao, Chon Buri and Rayong form the EEC zone on the eastern coast. Under the auspices of the EEC scheme, the government wants to build a high-tech industrial hub. The three herbs have the potential to help boost the domestic economy, said Mr Thamanat.

“The government will support the development of these products in upstream, mid-stream and downstream processing under a new business model,” he said.

Meanwhile, Mr Vinaroj Supsongsuk, secretary-general of Alro, said officials will conduct a feasibility study on business models to help farmers develop their products in the EEC.

“The study is expected to conclude in two years and the government can then start the project,” he said.

According to the Agriculture and Cooperatives Ministry, Thailand exported traditional medicinal herbs worth 100 billion baht in 2020. They were used in industries that make traditional medicines, food supplements and spa products.