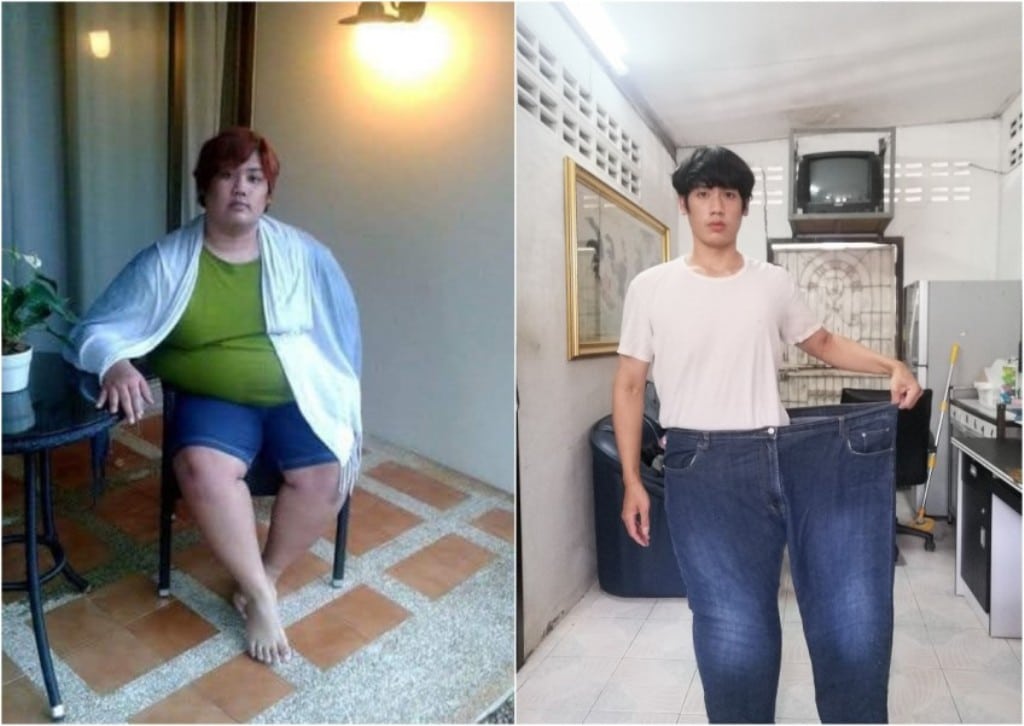 A man Facebook post has gone viral on Thai social media after he posted before and after pictures of himself after  his weight loss program. Since childhood, Nes Chetragull had always struggled with obesity and he decided enough was enough and went on his own weight loss program diet plan.

At his peak, Nes told social media weighed 156kg and would often find himself unable to fall asleep at night. He would also frequently fall while walking.

Fed up, he took his health matters into his own hands and set off on a weight loss program diet plan. A year later, he was literally half the person he used to be.

In a Facebook post uploaded, which has since gone viral, he showed off photos of his current self standing inside a leg of his old pair of trousers. “After a year, I’m now 75kg,” he happily shared.

Another post showed him posing with an old denim jacket, now at least twice as wide as him.

But the road towards a healthier life wasn’t easy, he told social media today and reddit followers. From August 2019 to July 2020, he slashed out all the food he enjoyed, such as fried food, sugary snacks, traditional Thai desserts and milk tea.

Instead, he went on a diet plan limiting himself to only small portions of clean food. One photo showed what his diet food plan breakfast consisted of — 150 grams of steamed rice, and 300 grams of minced chicken breast with basil leaves.

He also began exercising, first by walking for an hour or two a day, before he was fit enough to use an exercise bike.

“I went through life and death with this weight loss program,” he wrote. It’s been 10 months since he stopped his strict weight loss regime, but he’s maintained his physique by regularly exercising and eating clean.

He encouraged others to take up a form of exercise which is the “most convenient” for their daily lives, emphasizing the importance of burning excess calories, while not forgetting to “eat only healthy food“.

“I wish you all success!”