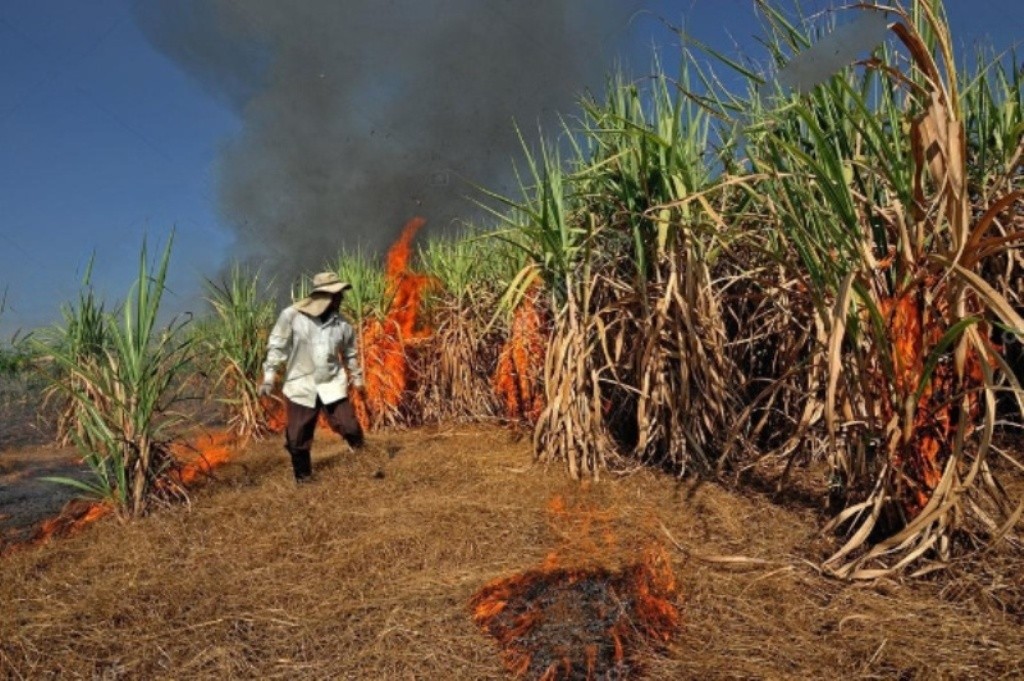 The air quality in the eastern Thailand has reached unhealthy levels as farmers continued to burn sugarcane on their plantations. Despite the haze, crop-burning continues on 500,000 Rai of sugarcane farms in Sa Kaeo Province.

Sa Kaeo’s air quality index rose to 157, signifying a worsening of pollution in the area.

Kaeo Ninla-or, 66, a Sa Kaeo resident, said that farmers usually burn crop leftovers from the harvest and the fire escalates. Recently, he was also affected by the fire as it spread to his eucalyptus farm and burnt down two rai of it.

Smog caused suffocation and he said he collapsed in the eucalyptus forest after trying to put out the fire. He reported the situation to the officials of Khao Chakan Police Station but has not yet received any kind of help.

Meanwhile, Local sugarcane growers in central Thailand have burnt their fields despite a burning ban.

Farmers said burning the fields before harvest saves money and time. Laborers prefer collecting burnt sugarcane to fresh ones full of leaves. They burn the sugarcane fields at night is to reduce the likelihood of intervention by authorities.