Life For Expats in Thailand, Paradise Can Be Full of Pitfalls
Advertisement

British Pound Sterling Drops to US$1.31 After Theresa May Warns of Brexit Impasse

Buy Elite Residency in Thailand for $60,000 — and the Government will Even Provide a 'Concierge' Service

Planning Your Move to Thailand 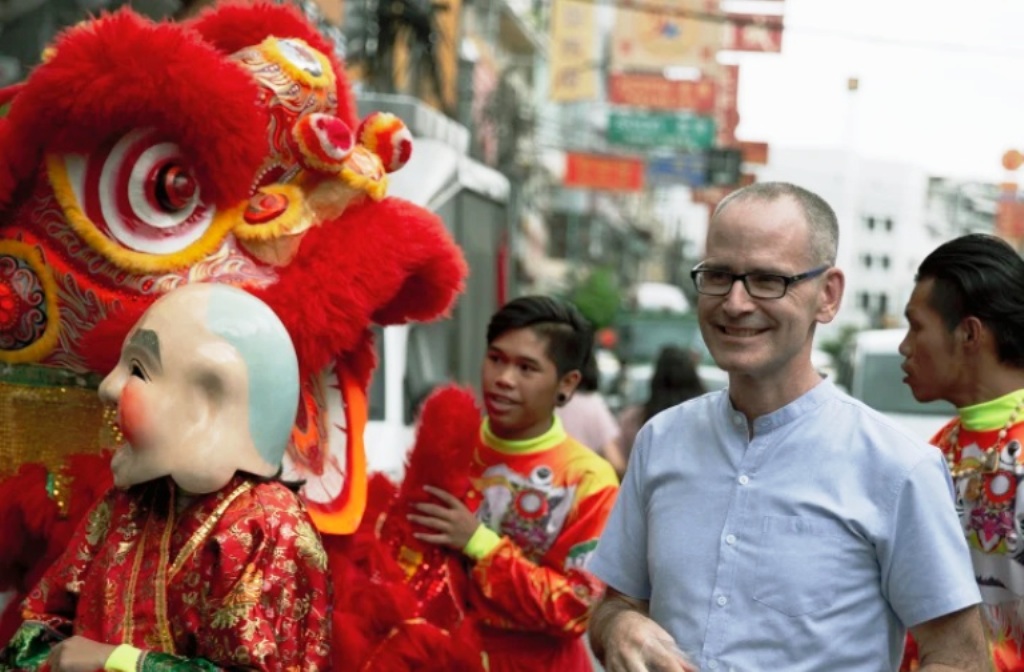 Life for Expats in Thailand is a daily adventure and an obstacle course of understanding local traditions and cultural taboos. From the delicious but fiery cuisine, locals’ laidback mai pen rai (never mind) attitude, and a language that can easily have you saying something very rude, very unintentionally.

In the words of one long-time expat: “They should tell young people when they get off the boat: Learn the language! The guidebooks usually say it’s a ‘good idea’. It isn’t. It should be seen as essential.”

Apart from lifting the communication barrier, fluency in the Thai language comes with other benefits too, such as long-lasting friendships, tight connections and a true understanding of the arai ko dai (anything goes) mindset at the heart of Thai culture.

In general, living is easy in Thailand, provided you learn to relax and forget about confrontations.

“The Thai approach is almost opposite to the American approach [to work, communication and problem-solving], so it can be a very mind-opening experience if one is aware and open to developing that awareness,” advises US-born Tamara Wyachai, principal of a leading Bangkok school’s international programme.

“Like any country, the effort you put into cultivating friends, understanding and respecting their way of doing things… the more you will experience that appreciation, respect and trust.”

As for friendships and working with Thais, she says “though the culture isn’t huge on praise, appreciation is shown thoughtfully and deeply”.

Expats Operating a Business in Thailand

This year, Thailand leapt six places in the World Bank’s “ease of doing business” ranking, to number 21 out of 190 countries, and is expected to rise to number 19 by the end of this year.

Former finance minister Uttama Savanayana credited the rise to government moves to streamline the approval process for foreign businesses by adopting online portals and improving rules and regulations to catch up with the rest of the world.

Many expats will agree that operating a business in Thailand is easier than people might think.

Among them is a South Asian immigrant who opened a resort in the mountains with his Thai partner just before Covid-19 brought tourism to a standstill. He agrees that running a business here “can be satisfying emotionally and financially – as long as you’re in the right location and can target the right groups, even during a global health crisis”.

However, like anywhere else, finding the right staff can be an uphill task.

“The only thing to do in these circumstances is to find workers who are open to learning and gaining from experience, train them and hope they stay,” he says.

Expats Settling down in Thailand

Once you’ve got your hands on a job, taken much-needed Thai language lessons and tuned your palate to the mind-blowingly hot somtam and tom yam, you’re just about ready to settle down.

Most Thai companies with foreign staff are experienced in putting together that thick bundle of documents required by the Labour Ministry to issue work permits. It’s up to the foreign staffer, however, to ensure they have the correct visa stamp in their passport. They also have to be willing to devote a day to queuing up at the local immigration office – Chaeng Wattana, in Bangkok – for that vital visa stamp, and, unless the company will do it for them, at the Department of Labour to get that slim blue book with a year’s stamp.

But encounters with officialdom don’t stop here. Every 90 days, expats have to reconfirm their address with their local immigration office, and failing to do so can land them with a 5,000 baht fine. However, after submitting the address in person – again, at Chaeng Wattana for Bangkok residents – expats can complete their future 90-day reports online.

When this rule was re-introduced a few years ago, many long-stay expats threatened to leave Thailand over such “backward and unfair” demands. Now, many are realising that similar steps are being taken in other neighbouring countries too.

Cambodia, for instance, appears to be tightening its own regulations “to more closely align with Thailand’s”, one long-term Canadian expat pointed out. “And it has to be admitted Thailand has taken steps to improve the situation and introduce greater convenience for expatriates.”

Despite all the fuss with long-term visas, Thailand is fast becoming a haven for digital nomads thanks to its high-speed internet and great transport infrastructure that can whisk you from the bustling capital to beach or mountain in a couple of hours.

After all, what’s not to like about an office of fine white sand and turquoise-blue waters? And given such surroundings are easy on most wallets, it’s hardly a surprise that many digital warriors consider Thailand the perfect place to rest their laptops. However, it is always important to remember that for any work for which remuneration is received in Thailand, a work permit is required.

It also boasts plenty of short and long-stay options in almost every corner of the country – ranging from simple bamboo huts on the beach to swanky cocoons in downtown Bangkok.

A favourite option is Airbnb, though the recently issued Hotels and Condominium Act makes it illegal to rent properties for anything less than a month, which means some condo owners have banned short-term stays. However, Airbnb still gives you the chance to find that perfect hut, guesthouse or flat, with generous discounts up for grabs during the rainy season.

Thanks to good internet coverage, digital nomads can find themselves a temporary home in almost any part of Thailand. Among the most popular spots outside big cities like Bangkok and Chiang Mai are Koh Lanta in the South, Pai in the North and Koh Samui in the Gulf. These growing colonies of laptop migrants also provide spaces where creative types can meet and mingle, offering an easy introduction for nomadic newcomers. – ThaiPBS