Alexandra Creteau and David Murrietta Jr.: The Epitome of “a Couple Supporting Each Other, Stays Together” 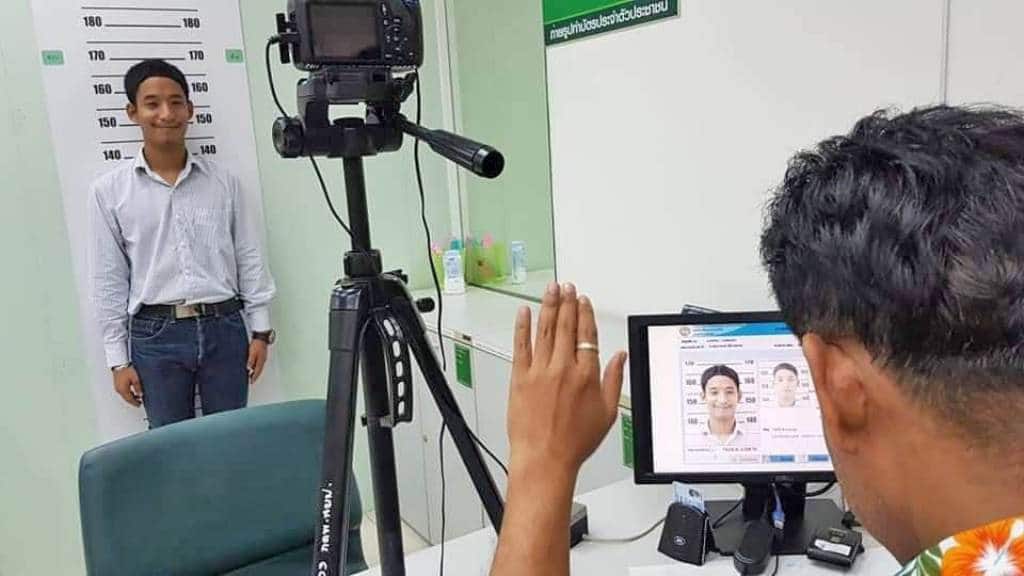 Statelessness still a reality in Thailand and it affects mostly members of ethnic minorities living in mountainous regions who do not hold any identity documents. At the end of June 2020, there were 479,943 people registered by the Royal Thai Government as stateless.

Following reforms to Thailand’s nationality and civil registration laws, and the adoption of a progressive nationality strategy to address statelessness, over 100,000 stateless people have acquired Thai nationality since 2008.

I am an ethnic Lahu. My family is originally from Mae Hong Son, in northern Thailand, though we moved to the neighbouring province of Chiang Mai when I was a child. In the northern part of Thailand, many stateless people are from the Lahu, Akha and Lisu tribes. Growing up, I had a 13-digit identification number given to me by the Thai government, but not Thai nationality.

I became a Thai citizen as a teenager, when I was in Grade 8 or Grade 9. Before receiving my nationality, I lived in a state of constant worry. I felt scared whenever I happened to see police officers. “It hurt that other people were able to do this while I had limitations on my rights.”

I also faced problems in my education. When I completed Grade 6 and was about to go on to secondary school, I could not enroll because I didn’t have nationality. I asked my teacher for advice about what to do. He advised me to ask my uncle, who was a Thai national, to speak to the school on my behalf. After he vouched for me, I was eventually allowed to continue my studies.

It hurt that other people were able to do this and that, while I had limitations on my rights – even though I was also born here in Thailand. I felt that everything was complicated and difficult, and that anything I tried to do would be blocked by obstacles.

I vividly remember that day in 2000 when my father told me and my siblings that we were going to receive nationality. We all felt very happy and were smiling as we headed over to the District Office to get our new Thai ID cards.

My father had applied for the whole family to become Thai citizens after my uncle had gone through the process. My parents had not tried to apply for nationality before then; the importance of officially having nationality wasn’t previously clear to them. They also didn’t have the knowledge of how to apply and had to travel very far from our house to submit the application papers. “I no longer worry about being stopped by the police.”

Ever since I got my Thai ID card, I no longer worry about being stopped by the police. And when it came to education, the benefits were just as clear. After I completed secondary school, I had the opportunity to take out a government loan to pursue a university degree. If I hadn’t had nationality, I wouldn’t have had access to this right.

Today, I’m proud to be working as a Community Mobilizer at ADRA, the Adventist Development and Relief Agency. Around the areas where I work in Chiang Rai, there are people who remain stateless.

A main challenge is that many stateless people don’t have information about the nationality application process. As a result, they don’t have the confidence to contact the relevant authorities and follow the process themselves.

This is where my colleagues and I come in. We support stateless people to apply for nationality by helping them to prepare their documents. We encourage them to submit a nationality application, and if they have trouble communicating with officials (as some older stateless people do, as they do not speak Thai fluently), we accompany them to the District Office and help to interpret for them. We then follow up on the case on their behalf.

We also try to inform stateless people about what rights they have, for example in relation to important matters like education, travel and work.

Even though challenges remain, I have seen through my own experience that ending statelessness is possible. If we all work together – from the government and civil society to academia and the mass media – we can all contribute to resolving this problem. If we collaborate and keep in mind that we all have the same goal, we can ensure that no one is left stateless.