Keeping Safe from the Covid-19 with Thai Style Social Distancing

The Best Secrets Nobody Told You about Interior Design

Serafino Consoli Jewelry Found in the World's Most Eloquent Locations 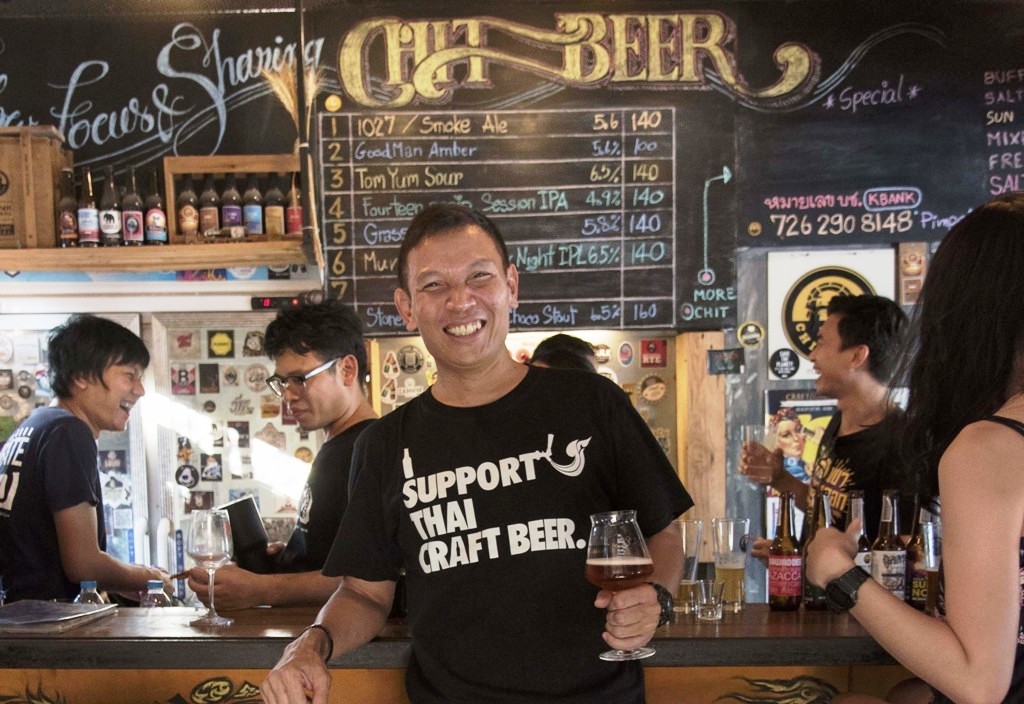 Like many Asian markets, craft beer has had to struggle to find its potential among beer aficionados, especially in Thailand. The persistent problem has been large brewery’s jealously protecting their turf.

Thailand, for example, prohibits the sale of domestic beer beyond that produced by brewpubs and restaurants for customers. – Unless a brewer produces at least 100,000 liters per year and has a capital base of US$331,000.

Consequently, aside from a few large beer restaurants that brew on-site, most craft beer is imported.

Then in comes Wichit Saiklao, commonly known as “Chit,” and his weekend pub, Chit Beer. On Koh Kret, a small island in the middle of Bangkok’s Chao Phraya river. While the craft beer pub can be quite busy, its two-day a week schedule and limited size pose no real threat to the major beer producers.

Chit has been fined eight times over his craft beer by central authorities for openly operating illegally. While some of his customers are actually local undercover police happy to sample his wares. If you sell your own craft beer, it is no problem.

But if you sell someone’s other beer that is not licensed for mass production (and distribution) – in other words, craft beer, you are in violation of the law, Chit tells Asia Times.

Chit is a revolutionary who works within the system that defines Thailand. Five days a week he teaches electrical engineering as a Colonel at the elite Chulachomklao Royal Military Academy (CRMA). The alma mater of most Thai military officers and several prime ministers.

At first glance, Chit may appear as just a fanatical craft beer evangelist. On Saturdays, he runs the Chit Craft Beer Brewing Academy that has taught hundreds of Thais and local foreigners to brew beer at home. At the same time, he also runs a craft beer co-op, Mitr Bar. Where his past students brew and sell their beer near Bangkok’s Victory Monument. Gaining bureaucratic permission for the co-op was a major feat and took years of persistence.

It’s an impressive list of accomplishments but it’s reasonable to ask why he spends so much of his free time in the brewing universe. Is Chit really that crazy about craft beer?

The answer is no. Chit is a remarkably sane man with a vision that only starts with craft beer.

Chit points out that when one opts to purchase something rather than make it. One is transferring both wealth and power to others. Chit’s hope is that in the future more and more Thais will be less passive. He hopes people will become more economically independent.

“If you can brew craft beer,” Chit promises, “you can change the country!”