Learn About Design at a Furniture Store in Bangkok

What To Look Out For When Buying a Baju Melayu

Baju Melayu Tips and Tricks for Tailor to Make Comfortable 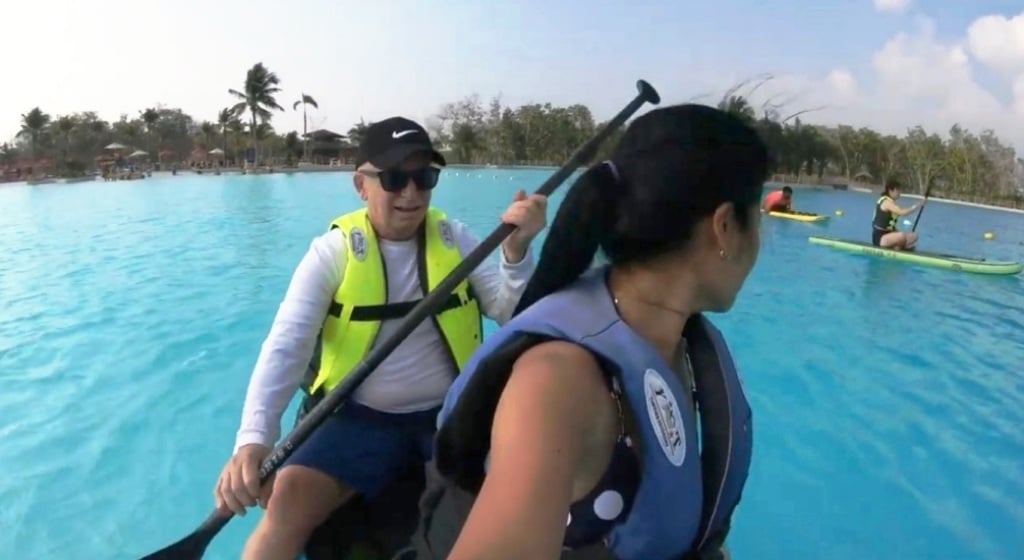 American expat Pete Bowen landed in Thailand in 2009 with a suitcase and a guitar, looking for a spot to retire. He knew no one in the country. Nearly 12 years later, the retired expat says his life in a beach town on the western side of Thailand’s Phuket Island is “living in paradise.”

Bowen, now 70 years old, admits his decision to sell his house and all his belongings in just three months, after being laid off from his job in the Bay Area in 2009, was somewhat impulsive. “My adult children had left, and I wasn’t in a relationship,” he says. He also figured his job prospects weren’t very good, so there was no reason to stay in the U.S. “I decided to throw the dice.”

He’d been to Thailand before and knew he wanted to live by the beach, not in a big city like Bangkok. But even as he headed to Phuket, he kept his options open. Would Cambodia work? What about Vietnam? The Philippines? Malaysia? He visited other spots, he says, but he kept coming back to Thailand.

People were friendlier — he keeps mentioning the smiles he’d get — and he appreciated the country’s “live and let live” attitude.” And of course there’s the weather — temperatures in the 80s in February, T-shirts and shorts every day.  It took six months to decide that Kamala Beach, a two-traffic-light town, was the right spot.

“Once here, living at the beach, I got to know people fairly quickly,” said Bowen, who wrote a book about retiring in Thailand early in his Phuket life and now posts videos. “That’s what kept me coming back. And it was fun. Just fun.”

Kamala Beach has a small but closely knit expat community, he says. The native English speakers tend to be Australian or English, not American. Thais generally know a little English. He met his Thai wife, Oorathai, better known as Puy, while she was having a cup of coffee. They’ve been married for eight years.

“We go out a couple nights a week and always run into friends,” he says. “I know all the bar and restaurant owners. We’ll have dinners with a dozen friends every few weeks. It would be tough to leave this close community at this point.”

Bowen was last in the U.S. three years ago and says he uses Skype and Zoom to keep up with family. After he married, he couldn’t get a U.S. visa for his wife to meet family, and they’ve only been able to meet her on Zoom. Now, he says, he and wife generally spend three months during Thailand’s rainy season traveling in Europe (COVID times being an exception).

And when they want to travel in Asia, Phuket’s status as a tourism mecca means there’s no shortage of flights for less than $100.

Phuket isn’t for everyone

“One of the hardest things is just how far away from the U.S. Thailand is,” he says. “It takes 24 hours of flying to get home. People who want to see the grand-kids are going to be out of luck. It’s just not for everyone.”

That combined with many Americans’ slim vacation days also means visitors are infrequent. Among Bowen’s family, only his daughter has visited.

Bowen also notes that while Phuket is great for single men, it may be less appealing for others.

“I don’t see many retired couples or single women retire here,” he says. “For couples honestly, there are many beautiful young single women who would love to meet a foreign man. Couples should have a strong relationship to last here.”

His advice? Test your dream retirement spot for a few months before committing to it.

What does it costs to live in Phuket?

Bowen says his monthly budget of $2,500 is covered by his Social Security check of $1,800 plus investment income.

He rents a two-bedroom, two-bathroom house for $580 a month; a one-bedroom house or apartment can easily be found for $400 a month, he says. Other parts of Thailand that are great places to live are even cheaper, and life can be cheaper yet in other parts of Southeast Asia, he notes.

Until recently, foreigners with longer non-immigrant visas weren’t required to have health insurance. That has changed. Bowen spends $1,800 a year for what he describes as a bare-bones policy that will cover about $15,000 in expenses, or what he says is enough to cover a major health problem at a public hospital. A doctor’s visit costs $10, but pharmacists can handle many problems.

He has opted out of Medicare and no longer pays premiums.

Bowen spends $20 a month for high-speed internet plus $15 a month for an unlimited cellphone plan. He relies on football and basketball internet packages for his U.S. sports fix.

As for food, beef is expensive but seafood is reasonable. “Going out to eat is ridiculously inexpensive,” he adds.

What else is pricey?

New cars are another one. He owns a car — a 10-year-old Mazda 2 with only 15,000 miles — but says he uses a motor scooter around town. He warns that driving in Thailand is dangerous and death rates from crashes are high.

The bottom line for Bowen is there’s no going back to the U.S.

Kamala Beach, he says “ is gorgeous — it really is one of the most beautiful places in the world.”

If you want to move to Thailand …

Bowen says he arrived without a visa and now has to let Thailand’s immigration office know every 90 days, either online or in person, that he is still there. Those who find that frustrating can hire an agent to handle it, as some of his friends do.

5 Myths You Shouldn’t Believe About an Alexandrite Gemstone

Its Now Legal to Grow Six Pots of Cannabis in Thailand