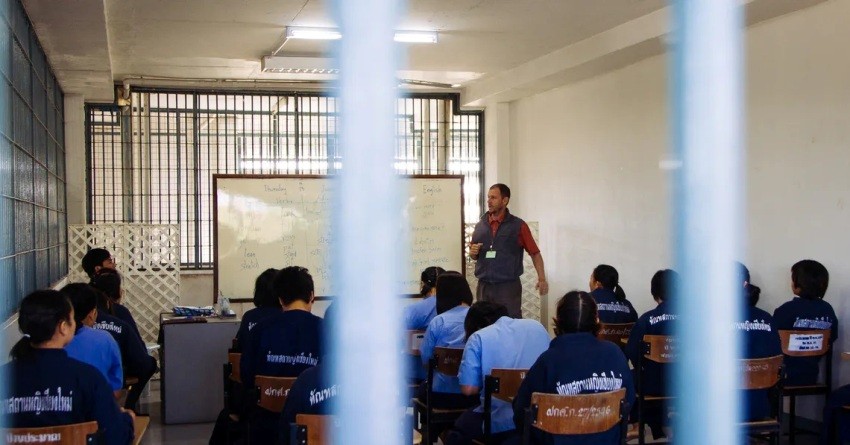 Mr Somsak floated the idea on Monday when he and Labour Minister M.R. Chatu Mongol Sonakul signed an agreement to step up cooperation between the Justice and Labour ministries. Also to address the problem of ex-convict unemployment.

M.R. Chatu Mongol said that under the agreement, the Employment and Skill Development departments of the Labour Ministry will provide training courses in various occupations for inmates. After the inmates are released they will issue them a certificate to help convince business operators to hire them.

The Labour Ministry is also looking for employers, both inside and outside the country. Employers that will accept trained inmates who suit their requirements, he told the Bangkok Post.

M.R. Chatu Mongol said the two ministries are already cooperating to provide skills training for inmates. In 2019, 8,084 inmates received occupational training and 70-80% of them found jobs after being released.

In 2020, the two ministries aim to train 1,840 inmates for jobs that are in demand, such as construction workers, carpenters and electricians.

Mr Somsak said the Corrections Department is responsible for selecting inmates for training. Between 20,000-30,000 inmates have been targeted.

Those seeking jobs abroad need to learn English or other languages used in countries where jobs are available, he said. As there are now about 2,000 foreign inmates in prisons, the Corrections Department has been assigned to select some of them with potential to teach English to other inmates.

This could be a major step forward for prisoners and youths in correction programs to be able to return to society with greater job opportunities, Mr Somsak said.

Thailand’s Model prisoners may be released from crowded jails

Model prisoners may be fitted with electronic tags and released on probation. Above all to help relieve congestion in prisons in Thailand, Justice Minister Somsak Thepsutin said.

Mr Somsak said new prisons would not be necessary if some prisoners were fitted with electronic monitoring devices and then released back into the community.

Model elderly prisoners would be eligible under the proposal, and those who had nearly completed their sentence.

Mr Somsak said he formed a sub-committee to look more closely into implementing the idea. Criteria would include the crime committed and behaviour while behind bars. It would also study the laws and regulations that would be involved.