Exploring the Top 6 PC Games About the Middle Ages
Advertisement 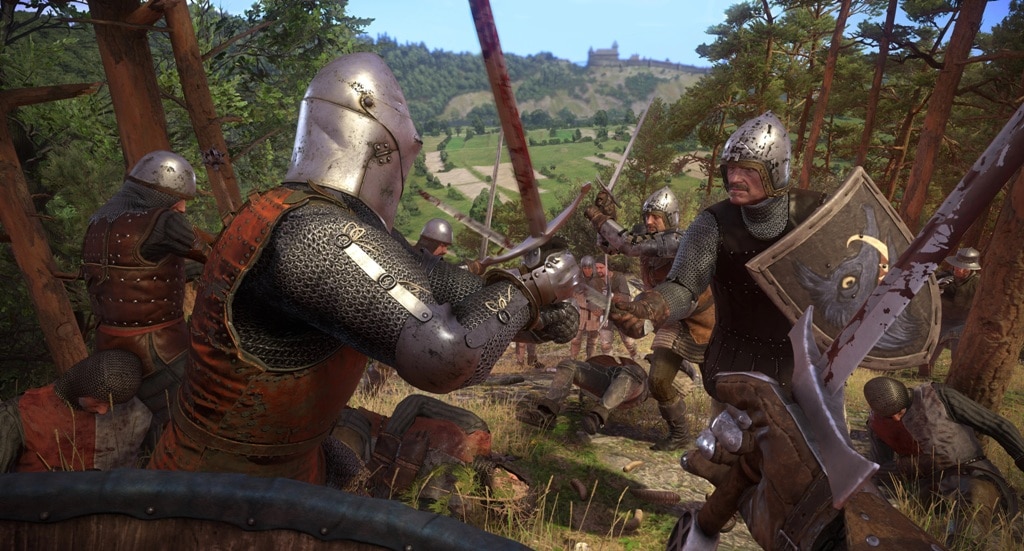 The Middle Ages games explore one of the most vibrant eras in human history. Some see knights in shining armor, beautiful ladies, knightly tournaments, and castles. Others see more plague, filth, unsanitary conditions, widespread poverty, and the strongest stratification of society. But the truth is somewhere in the middle.

Despite their differing views, both camps are fans of the Middle Ages in their own way and study everything about the period with a passion. If you are one of them and you want to feel the spirit of the Middle Ages but look for something easier, you can find simple games and play them according to the rules https://22bet.com.gh/bonus/rules/. But if you want something more elaborate, these games are your choice.

No game about the Middle Ages has generated as much fanart as The Witcher, especially its third part. With it, a thrilling trilogy with an interesting storyline and unique atmosphere ended. Continuing to play as Geralt, the monster hunter, you will have to search for the missing adopted daughter.

A large open world with location exploration, Eastern European folklore and esotericism, a dark fantasy atmosphere and, of course, swords, crossbows, bombs, and more to help you purge the world of evil creatures.

Despite the fantasy setting, in Dragon Age: Inquisition, you will still play in the medieval setting and take on the role of an inquisitor, whose goal is to root out evil. In contrast to the previous Dragon Age titles, here you will find a five times larger world, more characters, and several hero classes. Besides, the locations are more interactive, added the ability to move on horseback and fast movement. Of course, in Dragon Age: Inquisition, you will get medieval trappings, weapons, armor, buildings, and more.

Dark Souls has become a cult movie and created the Souls-like genre. The action of Dark Souls 3 takes place in a dark fantasy, which absorbs everything from medieval culture and legends. You’ll play in the kingdom of Lothric and learn that the First Flame is fading. If it fades, the Age of Darkness will consume the world, leading to its destruction. So you need to break through the undead hordes.

In Kingdom Come: Deliverance, you play as Henry, the son of a blacksmith, who lives in a world where civil war is raging. You’ll be immersed in the real history of those times. Unlike other games, where you are immediately made a special hero who has to save everyone, in Kingdom Come: Deliverance, you are just meat, who has survived a brutal massacre.

The main difference is realism. There’s so much of it here, there’s enough for several games. Any wound can be your last because even a bandit who accidentally grazes you with his rusty dagger can end your glorious series of victories. A great medieval setting, the real needs of the protagonist, different ways to fight, character development, a dynamically changing world where you can be a paladin on guard of good, or a dirty thief who picks pockets and bribes.

This is a series of games where you can take command of the armies of Troy, Rome, Revolutionary France and including the medieval army in Medieval 2. In this global strategy game, you don’t get distracted by peaceful life and focus all your energies on war. The game is set between 1080 and 1530 in medieval Europe, Africa and the Middle East, and Central America.

Strategies from Paradox Development Studio have long been cult titles, and each installment is eagerly awaited. Not so long ago, Crusader Kings 3 was released, and it repeats the previous parts but has many innovations. In this game you can choose any royal or noble clan from one of the available countries in Europe and Africa between 867 and 1453 and lead your dynasty to triumph or decline, depending on the game style.

Play as a rich feudal lord, a patron of a free trading city, or a tyrant who longs to create a new Roman empire. Here you’re given complete freedom of action for all tastes. Crusades, Viking raids, peasant uprisings, religious wars, intrigue, and more are waiting for you in Crusader Kings 3.