Despite Thailand's Gambling Laws Baccarat is Increasing in Popularity
Advertisement

How Education in Thailand is a Value for the Kingdom

Things You Need To Know Before Replacing Vape Coils

The Role Packaging Play in Brand Identity in Thailand

Sports Games Every Sports Lover in Thailand Must Download 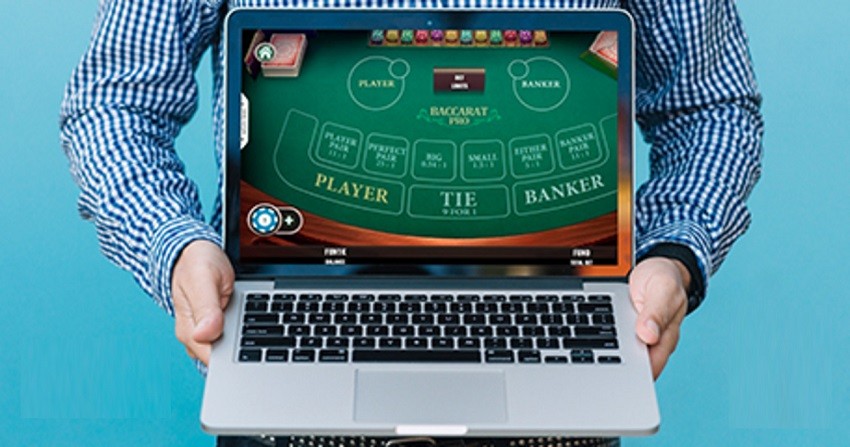 Despite highly enforced gambling laws in Thailand the game of Baccarat is increasing in popularity according to a resent survey. Furthermore even with all the different gambling options, it seems that Baccarat is the game of choice for more players than ever before.

A recently survey carried out by Thailand’s Centre for Gambling Studies and Centre for Social and Business Development showed that almost 60% of citizens gambled at least once in the past year.

Although most of Thailand’s gamblers favoured Government lotteries for their wagering fix, 1.6% of survey respondents said that they preferred online gambling. THB20.2 billion was spent at online casinos, and overwhelmingly, the most popular game amongst online gamblers was baccarat(บาคาร่า in Thai) which was played by just over 45% of customers. These figures were way ahead of those reported for other popular online games. Only 27.6% admitted to playing other card games, with just over a fifth said they preferred slots. All of this is especially interested when you bear in mind that the legal market in Thailand is restricted only to horse racing and the Government-run lottery.

How Many People Gamble In Thailand?

Despite the restrictions in legal gambling in Thailand, a significant number of citizens admit to gambling on illegal markets. The 2019 figures show an increase of around 3% on 2017’s figures when just over 54% of people admitted to gambling in one form or another. The official Centre for Gambling Studiessurvey only took account of 44,050 people who were aged over 14 years, and so, when the figures are applied to the whole country’s population, it can be estimated that about 30.4 million Thai people choose to gamble.

Government Lotteries Are A Gambling Gateway

The recent findings revealed that government lotteries – a legal form of gambling – act as a gateway to wagering. Almost 30% of all players begin their gambling career by purchasing lottery tickets. Although most gamblers were in the 19-25 age group, there were also worrying figures to show that over a fifth of all survey respondents were aged between 15 and 18, suggesting that the youth of Thailand are developing an unhealthy obsession with wagering. About half of all gamblers in Thailand are believed to have begun playing by the time they reached 20 years of age, and one person even admitted to having gambled for the first time at the age of 7.

Why Is Baccarat The Game Of Choice?

Both in real-world casinos and in online gambling sites, it’s clear that Baccarat is one of the most popular choices and is becoming increasingly the first choice of Thai players. So, why is baccarat the game that so many Thai gamblers choose to play?

In fact, it isn’t just Thailand that has seen an upsurge in baccarat players. It has rapidly risen to become one of the top casino games across the entire Asia Pacific region.

Online baccarat is easily accessible to players in Thailand. It’s quick and easy to sign up to overseas websites and major gambling providers, all of which allow players from Thailand to register for their services. Since they also often offer Thai as a user language and even allow transactions in the local Thai Baht currency, this goes a long way towards explaining why baccarat is so popular. It’s a game that suits both old and young alike since it’s simple and fun to play, and with its perceived high odds of winning and low house edge, it’s no wonder that more Thai players are being won over and are giving it a try.

Although baccarat is currently seeing an upsurge in popularity in Thailand and across Asia, it has long been popular in Europe. Associated with traditional casino glamour, it is one of the well-established games that people think of when they imagine a James Bond style casino environment with men in tuxedos and ladies in evening gowns. Yet, even though it is still found in these brick and mortar establishments, it is the power of the internet that has brought baccarat to the attention of the public. Those who would never have considered going to a real-world casino are happy to visit an online provider’s website and wager on this simple game.

When it comes to choosing baccarat over other games, it’s quite easy to see why it’s a top contender for novice punters, both in Thailand and overseas. It’s possible to learn baccarat in just a few minutes. The rules are very simple and gameplay is self-explanatory. Even someone who has never gambled before can quickly get to grips with the basics of this popular game. Once the basics have been mastered, it’s possible to move on from low stakes games up to higher rolling tables which give the chance of a much more impressive win. This is very tempting to Thai players who are keen to scoop as large a payout as possible.

The Future Of Baccarat In Thailand

As the survey’s figures show, it’s obvious that gambling is becoming more, not less, popular in Thailand, and with the rise in the numbers of Thai players choosing baccarat as their first choice online it’s clear that this game won’t be falling out of favour any time soon. It’s likely that over the next couple of years, the figures will show further increases in the number of players in Thailand choosing to play this fun and simple game.

Why Its Necessary To Get Your Travel Van Properly Insured?

How to Use the Internet to Market a Local Restaurant