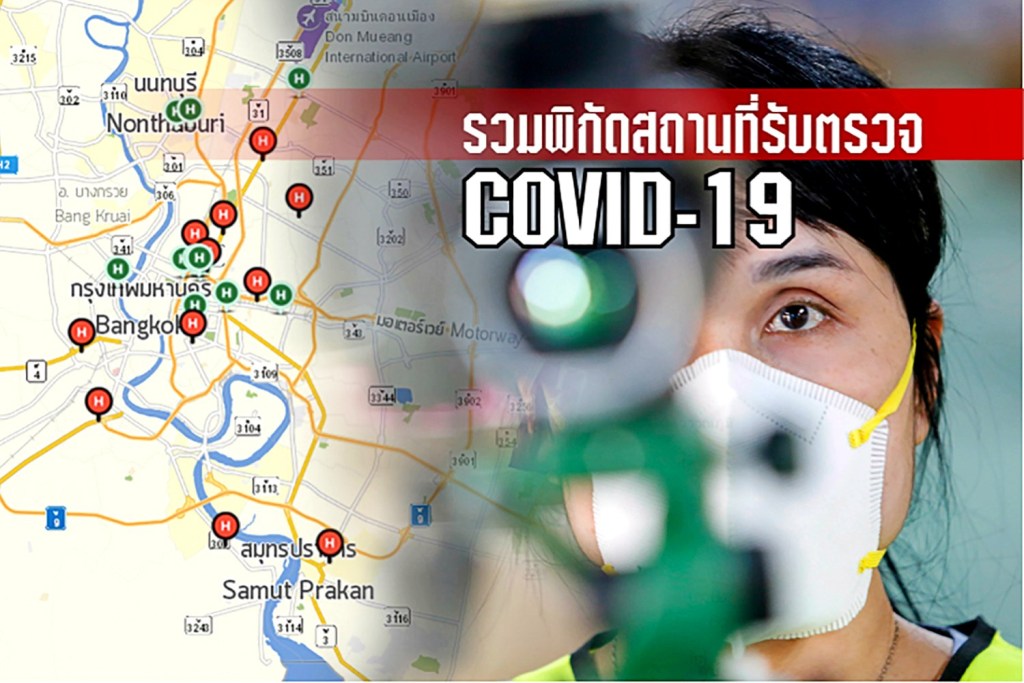 Dr Suwannachai said Covid-19 cases were reported in 24 provinces, with the highest density in Bangkok, followed by Samut Prakan, Chiang Mai and Pattani.

He asked people living in areas with many patients – greater Bangkok and other provinces – not to return to their home provinces and strictly follow home quarantine, take leave or work from home, stay at least two metres from others and use personal sets of appliances and food servings”.

He particularly referred to staff and visitors at boxing stadiums and entertainment venues.

Of the 322 local cases, 278 were being treated at hospitals, 43 recovered and were discharged from hospitals, and one had died, he sid. The recovered cases included a 36-year-old Frenchman who was discharged from the Central Chest Institute of Thailand in Nonthaburi province on Friday.

Meanwhile, The governor of Phitsanulok province signed an order on Thursday night closing schools, fitness clubs, sports arenas and entertainment places including pubs and movie theaters to slow the spread of coronavirus disease.

Governor Pipat Ekpapan issued the order at 10pm. Citing the return to the province of people from Wuhan virus hit countries and others who had been in at-risk venues in Bangkok.

The governor also put a stop to crowded activities such as concerts, trade fairs and religious, sports and cultural gatherings. The inter-provincial transport of people such as military personnel, students, prisoners and migrant workers is also prohibited.

The managements of local shopping centres, government organisations and state enterprises must measure the body temperatures of visitors, and keep their places clean.

Patients under investigation in Thailand number 8,729, 62% of whom recovered and had suffered mainly from seasonal flu.