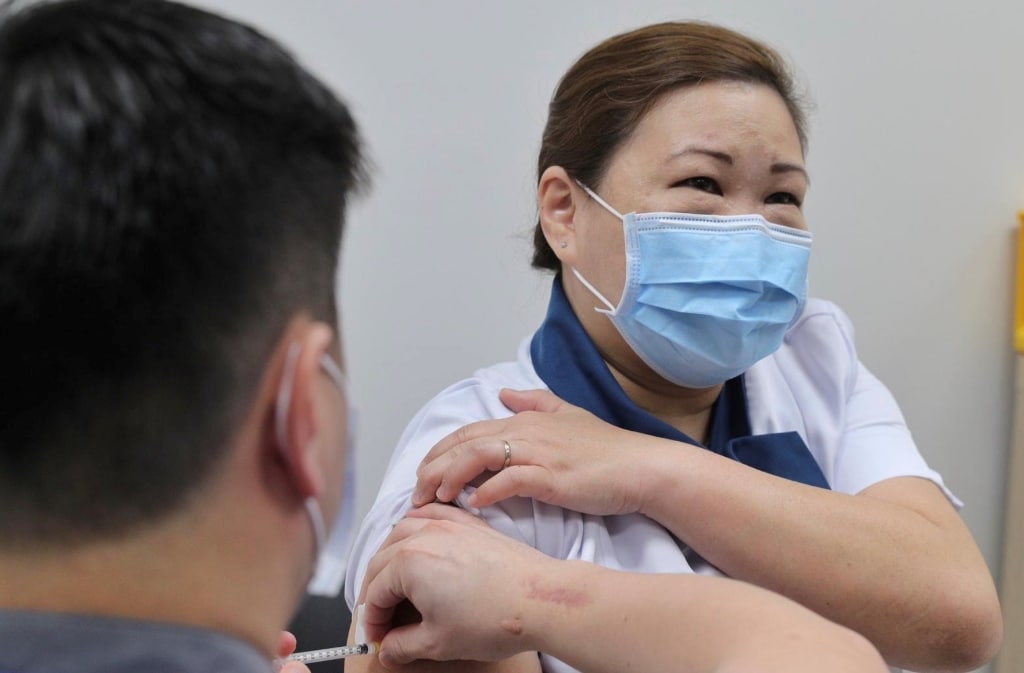 As Thailand’s Public Health Ministry halts AstraZeneca Vaccine inoculations over reports of blood clots developing in patients after the vaccine was administered. Thailand’s private hospitals have been talking to Covid-19 vaccine manufacturers for months procuring doses for paying customers.

The private hospitals are also looking at Johnson & Johnson, Moderna and Bharat Biotech vaccines that are pending approval CDC approval in Thailand

The government, which began its vaccination drive last month with Sinovac shots, aims to immunize 33 million Thais this year. Almost half the country’s population. As of March 9, some 33,000 people from 13 of the country’s 77 provinces have received the jab, which is free for Thai citizens.

“Having half of the population vaccinated by year-end is not enough,” Dr Boon said. “Some 70 – 80 per cent of the population need to be vaccinated before then to create herd immunity and confidence [for visitors]. At least 16 million doses of vaccines are in high demand in around 20 tourism provinces of Thailand.”

Health authorities on Friday (March 12) said they would delay the roll-out of AstraZeneca shots after several European countries suspended their vaccination programs due to blood clot fears.

Dr Prasit Watanapa, dean of the Faculty of Medicine Siriraj Hospital has said that the European Medicines Agency (EMA) was taking another look at certain aspects of the vaccine but had not changed its advice that it is safe to be widely administered.

He said that overall statistics from the roll out so far showed no correlation per 100,000 in blood clots. This comes after a woman in Denmark died from coagulation disorders and an illness from a pulmonary embolism after her covid-19 vaccination with AstraZeneca.

Dr Nakorn Premsri, director of the National Vaccine Institute, said that the case should have no impact on plans for Siam Bioscience to begin domestic production at the end of May.

The World Health Organization yesterday said there was no link between the jab and an increased risk of developing a clot.

Meanwhile, Wichit Prakobkosol, president of the Association of Thai Travel Agents, said many tourism businesses were willing to pay for Covid-19 jabs because it was a better option than “the free, but delayed doses from the government”.

While Thailand said it would inoculate healthcare workers and those living areas hardest hit by the virus first, tourism minister Pipat Ratchakitprakarn said up to 100,000 doses had been reserved for hospitality workers in provinces popular with foreign tourists, including Chiang Mai and Phuket.

Tourism makes up about 11 per cent of Thailand’s economy. Visitor numbers last year plunged 83 per cent, with 6.7 million foreign arrivals compared with a record 39.9 million in 2019, prompting widespread job losses and business closures while contributing to the nation’s deepest economic contraction in over two decades.

“Thai tourism needs to restart by July at the soonest,” Wichit said. “The government should announce a clear tourism policy by April so that hotels and airlines can prepare to reopen and workers can be rehired after they left to find work elsewhere.”

Boon’s plan to sell vaccinations to private clients comes as health minister Anutin Charnvirakul this week said private hospitals would be allowed to import coronavirus vaccines and sell them directly to Thai and expat residents, as well as businesses eager to vaccinate their employees.

The announcement signalled a shift in the government’s stance toward vaccine distribution by private hospitals, after a Bangkok hospital was in December told to stop advertising vaccinations online for a total cost of US$325 (S$437).

It also makes Thailand the latest country in Southeast Asia to allow private-sector purchases of a public good that has been largely regulated by governments worldwide.

The Most Common Causes of Diarrhea and How to Prevent Them