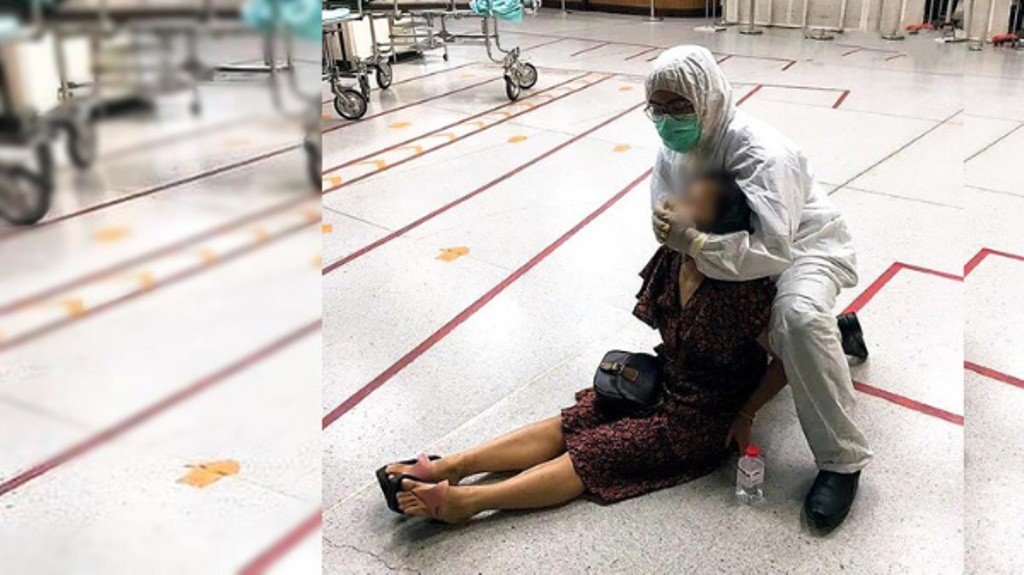 A Chinese woman has been arrested after she was allegedly found spitting repeatedly inside a bus that she took from Bangkok to Saraburi. She later rode a train to Bangkok and started spitting again.

The Department of Disaster Prevention and Mitigation publicized a picture of officials in protective suit arresting the woman after responding to a complaint on social media that a Chinese woman was spitting in public transportation.

The woman reportedly wandered around the bus and spit at different spots. Even more causing concern among other passengers amid the Covid-19 outbreak.

When the bus arrived at the terminal, Public Health officials tried to take her to test for Covid-19 but she refused to comply. Saying that she would stay for only a few days and walked away, the Nation reports.

She was spotted again on a train to Bangkok, and this time the officials decided to arrest her. The woman resisted and tried to spit on the officials. They pushed her to the ground and closed her mouth.

The woman was quarantined yesterday night and was sent to be tested for Covid-19 to Siriraj Hospital in the morning. She was tested negative for Covid-19 infection.

Man Captured on CCTV Contaminating a Elevator with spitting saliva 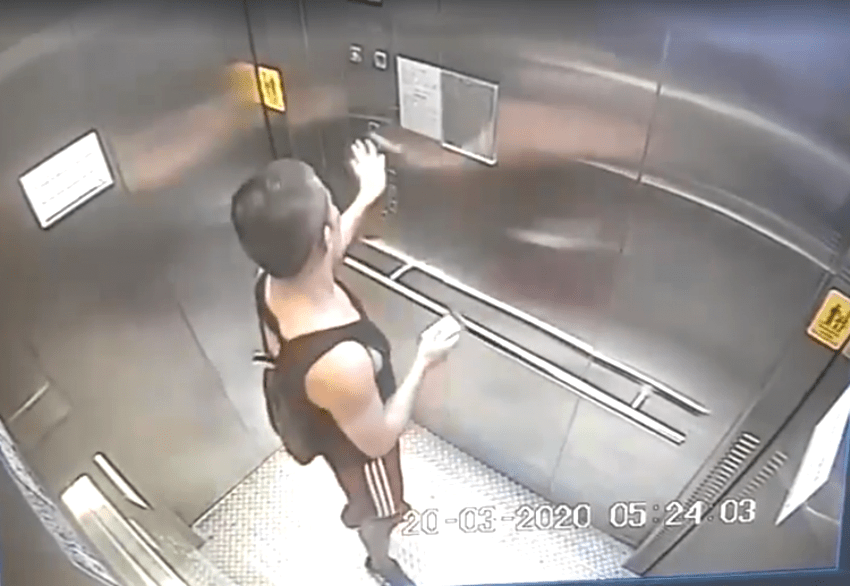 The CCTV camera screenshot shows the man who smeared the inside of a lift at the BTS National Stadium station on Friday morning.

A man in Bangkok is being sought after being captured on CCTV camera deliberately contaminated an elevator with his saliva. Bangkok Mass Transit System BTS staff stated the incident was captured on CCTV at 5.23am Friday.

CCTV camera footage showed the man with a shaved head and wearing a jersey and shorts in the lift. He touched his tongue, then smeared the surface and handrails inside. He then touched his groin and again smeared the interior of the elevator including the buttons.

“We sprayed disinfectant inside the lift and nearby areas immediately after the incident,” BTS staff reported.