Most Thai Say they Want Vaccination Against the Covid-19
Advertisement 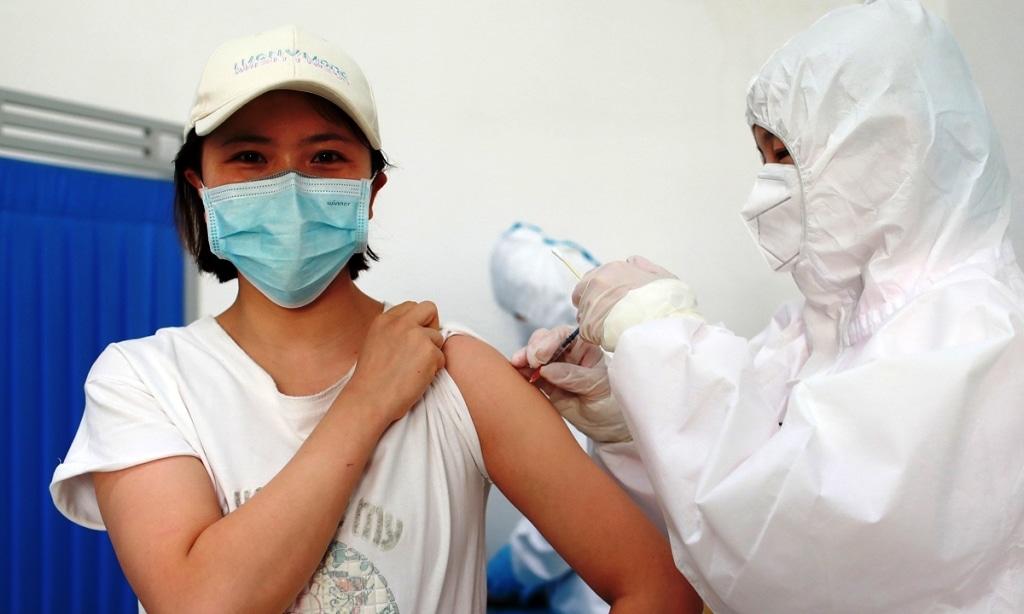 According to a recent survey most people in Thailand want to be vaccinated against the covid-19 coronavirus the Centre for Covid-19 Situation Administration (CCSA) reports.

A total of 724 people were surveyed from Monday to Friday to determine if members of the public want to be inoculated against Covid-19 when a vaccine is available in Thailand.

A recent Bangkok Poll study surveyed 1,082 people, and most were concerned about the discovery of recent Covid-19 infections brought by citizens who slipped back into the country without undergoing quarantine, referring to recent returnees from Tachileik, a border town in neighbouring Myanmar.

They were also concerned the problem would lead to a new outbreak in the kingdom and subsequently a new lockdown, the poll said.

According to Bangkok Poll, respondents want the government to step up immigration checks along the border and patrol natural corridors often used by people to illegally enter Thailand.

Meanwhile, the Public Health Ministry has revealed the coronavirus strain carried by Thai returnees from Tachileik is the same strain found in India. This particular strain is believed to be easier to transmit. However, the ministry said the spread in Thailand is contained.

Opas Karnkawinpong, director-general of the Department of Disease Control (DDC), said genetic sequencing of samples taken from the infected returnees shows the strain is the same as that found in India but has spread to Myanmar’s Tachileik and Thailand.

According to Dr Opas, the novel coronavirus has mutated into a G-strain, which accounts for 80% of Covid-19 infections worldwide. Analyses suggest the strain can be more easily transmitted than the original one found in China’s Wuhan last year.

Dr Opas said that even though the coronavirus mutates, the phenomenon is unlikely to affect the development of vaccines or their effectiveness when given to the public.

“The result of vaccine trials in areas shows that candidate vaccines are more than 70% effective, so the strain is unlikely to make them less effective,” he said. Dr Opas insisted the spread of Covid-19 in the northern region is contained.

He said the number of Covid-19 patients associated with the Tachileik cluster stood at 49 as of yesterday, which indicates efficiency in the stepped-up disease control measures.

These 49 cases are scattered in seven provinces: 37 in Chiang Rai, five in Chiang Mai, three in Bangkok and one each in Phayao, Phichit, Ratchaburi and Sing Buri. Among them is a group of nightclub workers found to be infected after illegally entering the country late last month.

The issue has prompted Thai authorities to ask Myanmar officials to help arrange the repatriation of Thai nationals there. Dr Opas said 107 people had crossed the border after arrangements were made, and everyone was tested for Covid-19 before departing.

Of this, five tested positive and were admitted to hospital as they arrived in Thailand. The rest went straight to quarantine venues, where four tested positive while under isolation, he said.

“The patients have very mild symptoms. The government is prepared to take care of Thais overseas and it is recommended that they return legally for the sake of public health,” he said.

Dr Sopon Iamsirithaworn, director of the division of communicable diseases, said yesterday no new local case has turned up following reports about an infection at a Bangkok condominium. He said the case involved a sixth nurse who contracted the virus and the case had been already reported by the CCSA. –Reference

The Importance of Physical Activities in a Man’s Life