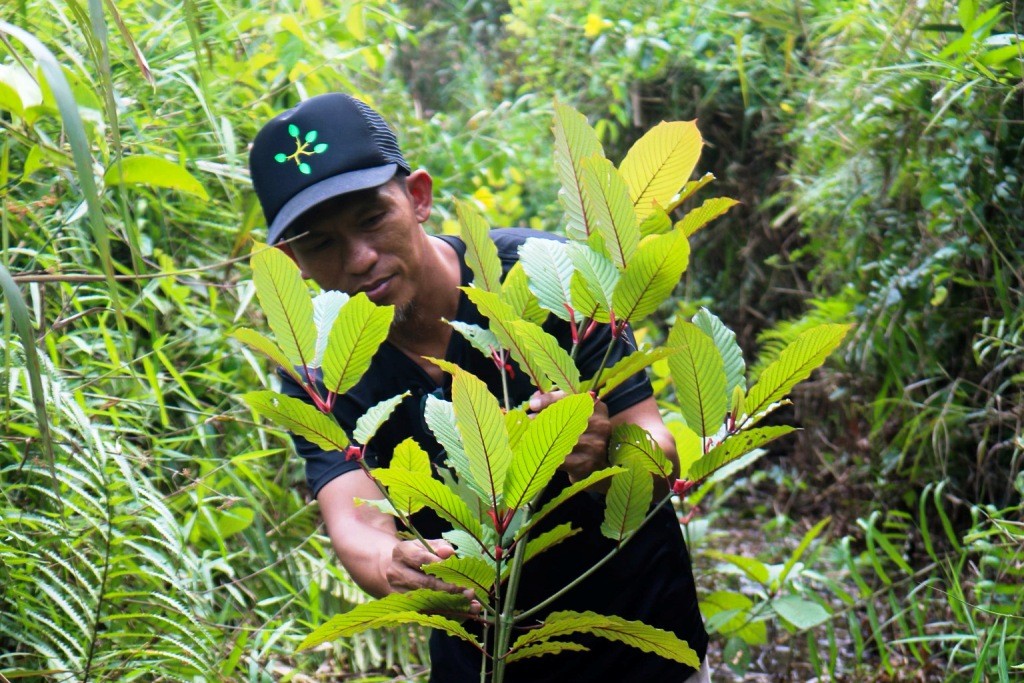 People in Thailand no longer fear imprisonment over the Kratom leaf as the amended Narcotics Act comes into effect as of Monday August 23, 2021. The the law Decriminalizes the plant Mitragyna speciosa, commonly known as kratom.

The Kratom leaf will be reclassified as a herb that can be legally grown and used under the recently amended Narcotics Act, after it had been listed as a Type-5 narcotic under previous iterations of the law in Thailand.

Not only will the use and possession of the plant for medical purposes no longer be illegal, more than 12,000 people who had been convicted for kratom leaf related offences when it was still considered a narcotic will be granted an amnesty.

The Kratom leaf has both opioid and stimulant-like effects and has been used for a long time in almost all regions of the country. Farmers, for instance, would chew on the plant’s leaves to sustain their energy while working their fields.

In 2016, Thailand’s  Office of the Narcotics Control Board (ONCB) allowed villagers in Surat Thani’s Ban Na San district to grow over 1,500 kratom trees and consume Kratom leaves under a controlled setting, as part of their research into decriminalizing the plant.

Songkhram Buathong, chief of tambon Nam Phu in the district, saw the impact of the plant’s decriminalization under the research project first-hand.

He welcomed the move, saying villagers in Thailand will now be able to acquire the herb legally, which in turn will dramatically bring prices down. “The plant has long been used by locals for medicinal purposes to relieve stomach aches, coughs, and diabetes,” he said.

He said when kratom in Thailand was still considered a narcotic, a leaf would cost between 5-10 baht. These days, he said, prices range between 1-1.50 baht per leaf, depending on size.

“We no longer have to hide the [chewed] leaves out of fear of getting arrested, as we had in the past,” he said.

Mr Songkhram said as the kratom grown in Ban Na San district contains higher levels of the psychoactive compound mitragynine, the plant will become the area’s cash crop and boost the district’s reputation as a kratom-growing area.

The district is also well known for growing high-quality rambutan.

Suchin Chuchat, a resident of Wang Lo village in the same district, said many people in his village have been using kratom as a herbal remedy for a long time. Most, he insisted, do not treat kratom as a recreational drug.

Villagers in Thailand would usually take a leaf or two to chew with them to the fields, he said, adding many would usually drink coffee or ice-cold water after chewing the leaves. “Leaves from different kratom varieties grown in different areas have different tastes,” he said.

While the plant is best known for its leaves, the trunks and branches of kratom trees can also be used as firewood.

Ahead of the decriminalization, Vichai Chaimongkol, secretary-general of the ONCB, warned that while the plant’s leaves will no longer be considered a narcotic, mixing the leaves with cough syrups and/or other narcotics to enhance the “high” is still illegal.

He went on to suggest that kratom’s decriminalization will have a net positive impact on the country’s fight against drug abuse and smuggling.

“Truck drivers who used to rely on methamphetamine to stay alert on long drives may no longer need to abuse the narcotic as kratom is now a legal alternative,” he said. “Mitragynine in kratom leaves helps boost energy levels in a similar manner to caffeine in coffee,” Mr Vichai said.

He said the ONCB in Thailand recently approved 19 million baht to fund Kasetsart University’s research project, in which chemical compounds in kratom will be used to treat opioid addict in lieu of morphine or methadone.