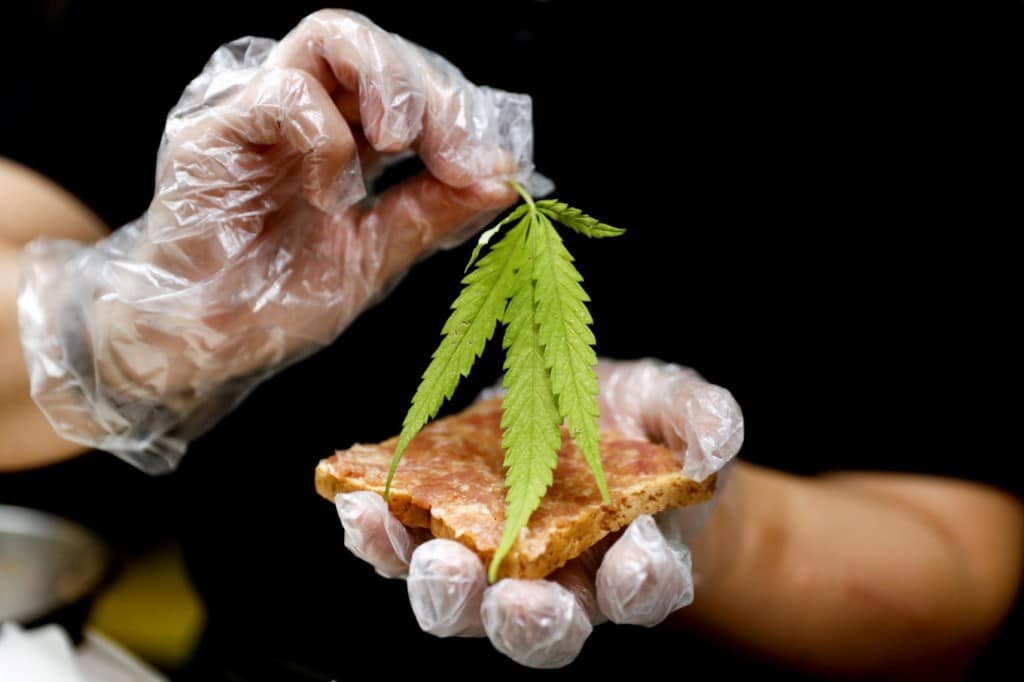 Asala Chaocharoen, professional pharmacist at the hospital, said the hospital had pioneered the medical use of marijuana and at the latest development it used 1-2 leaves from legally planted marijuana in a dish.

Excessive consumption of marijuana leaves caused dizziness and sleepiness, so consumers should take precautions if they would drive. Safe consumption was at 5-8 leaves a day, she said.

Such dishes were introduced on Jan 6 and received warm welcome from gourmets. They included spicy soup, fried dish and fried bread with minced pork spread. The hospital also served marijuana soda, she said.

Meanwhile, Maejo University along with representatives from the public health office and Region 5 police in Chiang Mai witnessed the handing over of 400kgs of organic marijuana to the department of medical services.

This is the third handover under this project, which is the first official industrial marijuana production project sanctioned and approved for use for medical purposes in ASEAN.

The project, founded in 2019, has been growing organic and standardized marijuana with the aim of being sold to the medical industry. The marijuana has been sent to Khon Kaen University’s pharmaceutical faculty to be developed and processed into medicine.

Maejo University is conducting many experiments to develop Thai strains of marijuana with varying degrees of THC and CBD with the aim of eventually entering the world market.

According to Maejo University, Thai marijuana used to be recognized as one of the best in the world, but since many other countries have legalized the plant, their research and development have improved their products and Thailand needs to get its name back on the market. The university is also developing many low-THC strains as well as hemp with hopes of being able to create multiple medical and health products in the future.

The public in Thailand will soon be able to enter the industry through many channels as rules and regulations are being finalized.