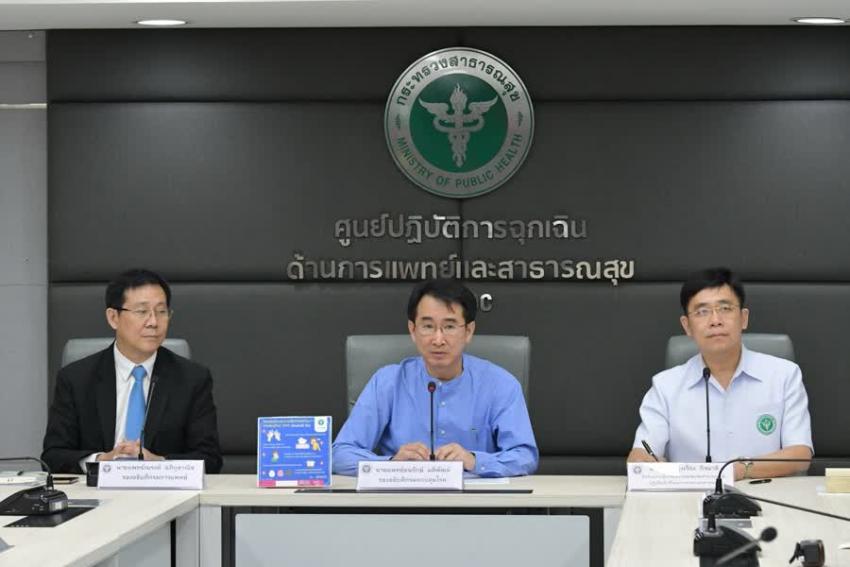 Thai Health Officials on Tuesday announced two new coronavirus cases bringing the total number of infections in Thailand to 37. The two cases are a woman, whose relative visited Guangzhou and a male driver of Chinese tourists.

Dr. Sukhum Kanchanapimai, permanent secretary for health, said the woman was a maid and was initially diagnosed with pneumonia. Later, doctors learned she had a relative who returned from China. She was now being treated at Rajavithi Hospital.

The male patient was admitted to the Bamrasnaradura Infectious Diseases Institute in Nonthaburi province. He had been in close contact with Chinese tourists and initially showed up with a fever and cough.


Health officials were checking if other people close to them were also infected.

Dr. Sukhum said confirmed cases in Thailand now numbered 37, of whom 22 (60%) had fully recovered and were discharged. While the 15 others remained at hospitals. Twelve of the 37 were Thais.

Patients under investigation for possible coronavirus in Thailand are 1,580. Of these 1,160 have recovered and were discharged but are being monitored. The other 420 patients remain in hospitals.

Meanwhile, the World Health Organization (WHO) said it was too early to call the outbreak a pandemic. But countries should be “in a phase of preparedness”. A pandemic is when an infectious disease spreads easily from person to person in many parts of the world.

More cases of the virus, which causes respiratory disease Covid-19, continue to emerge. Even more with outbreaks in South Korea, Italy and Iran causing concern.


However, most infections are in China, the original source of the virus, where more than 77,000 people have the disease and over 2,600 have died, the BBC reports.