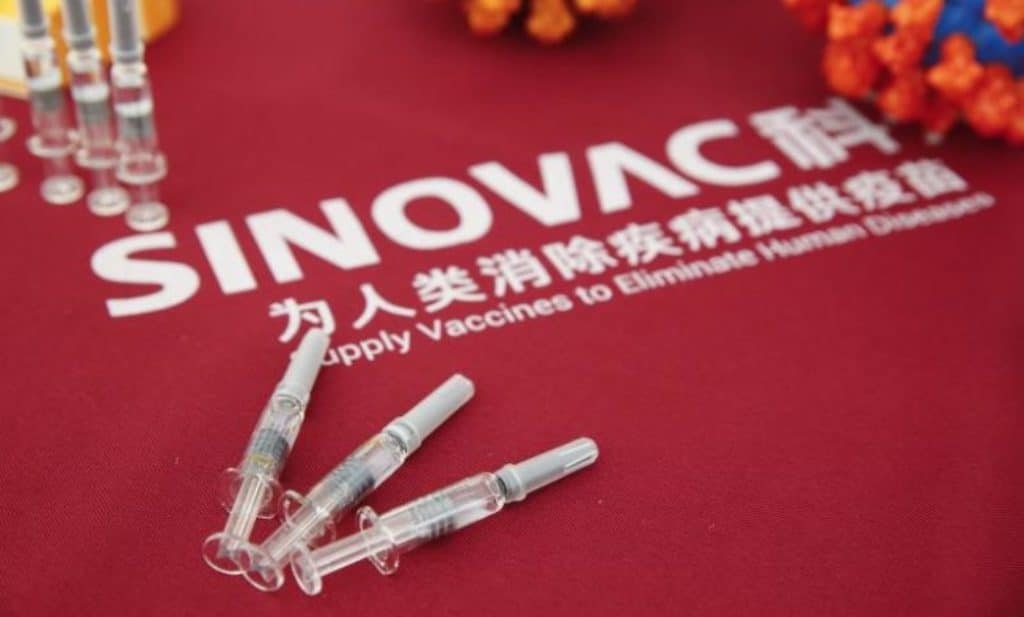 A recent study conducted in Northern Thailand has revealed that the Sinovac vaccine’s efficacy among health personnel was ineffective and only 82.8% affective in preventing infections from the delta variant.

Narinpong Jinaphak, chairman of the Lawyers Association of Thailand, accused the government of failing to protect the public’s health, after the cabinet on Tuesday approved a proposal to procure 10.9 million additional Sinovac vaccine doses at 6.1 billion baht.

He said the decision was made despite doubts over the efficacy of the Chinese vaccine against the Delta variant, which was spreading rapidly and taking over from the Alpha strain as the most dominant variant in Thailand.

The Department of Disease Control (DDC) defended the government’s decision to procure additional Sinovac vaccine doses despite criticism about its efficacy against Covid-19 variants.

Chawetsan Namwat, director of emergencies, health hazards and diseases at the DDC, said the decision to procure additional doses of the Chinese vaccine was made due to its wide availability and price. The Sinovac vaccine was effective in reducing symptoms and lowering the chances of death, he said.

Inoculation with two doses of China’s Sinovac vaccine can boost the neutralizing antibody level to 80-90% and provide immunity to the Alpha variant of the COVID-19 virus to some extent, but cannot fend off the highly contagious Delta variant, which is becoming dominant in Thailand and many other parts of the world, said a prominent Thai doctor today (Friday).

Two doses of the UK’s Oxford-AstraZeneca vaccine can, however, immunize people, with neutralizing antibody levels of over 90%, against the virulent Delta variant, according to Head of the Thai Red Cross Emerging Infectious Diseases Health Science Centre, Professor Dr. Thiravat Hemachudha, who conducted a joint study with Dr. Anan Jongkaewwattana, a virologist at BIOTEC, and Dr. Khate Sripratak of the Central Chest Institute of Thailand.

Although there are no mRNA vaccines available in Thailand yet, for frontline medical personnel, who are mostly inoculated with Sinovac, getting a booster dose of AstraZeneca will be enough to protect them from contracting the Delta variant, ahead of the availability of mRNA vaccines, he added.