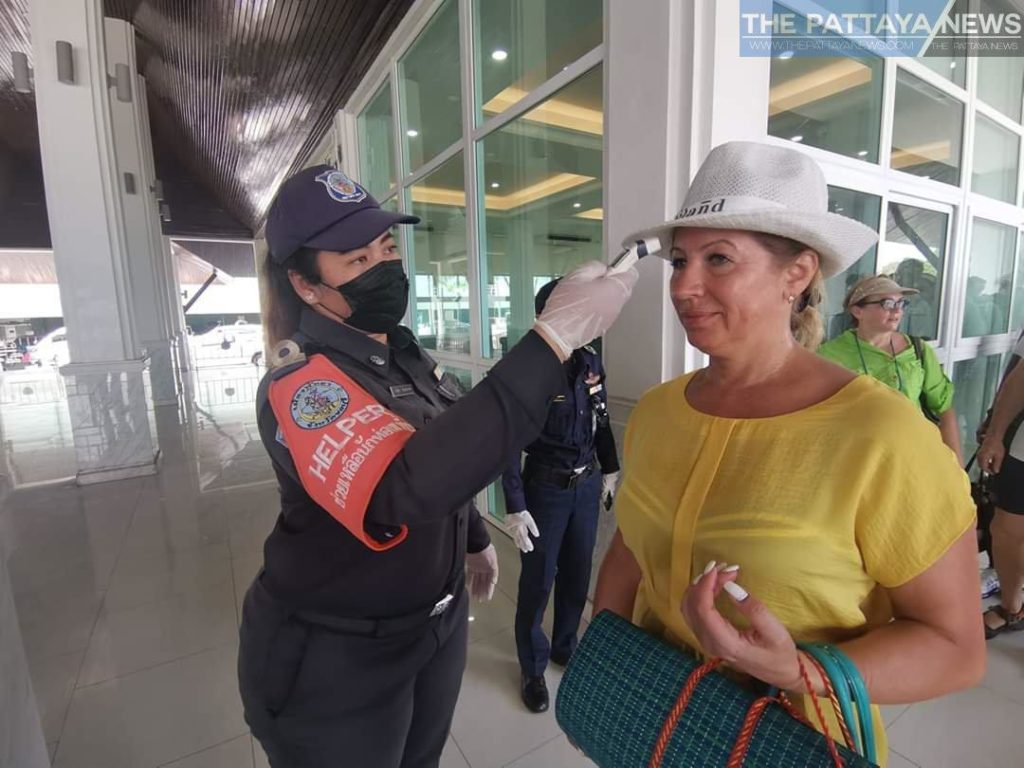 As the Covid-19 Wuhan virus shifts from China to Europe, so too are racist attitudes towards foreigners in the virus-hit kingdom of Thailand. The Thai government has also impose new restrictions on inbound travelers.

The restrictions also includes newly-required health certificates and proof of health insurance. Caucasians are increasingly being blamed for the country’s growing outbreak of over 599 cases.

Those numbers have surged in recent days, rising from 322 on March 20 to 599 on March 22. Thailand has so far reported only one Covid-19 related death.

“Right now, it’s winter in Europe, and with the [coronavirus] outbreak, they have all fled the cold and the virus to come into warm Thailand. Many of them are dirty and do not shower,” the tweet, written in the Thai language, said.

The tweet was deleted hours after it was widely condemned

The Health Ministry later told reporters that while indeed the Twitter account in question belonged to Anutin, his staff sometimes posted tweets on his behalf.

However, Anutin, who is believed to have prime ministerial ambitions, has not publicly apologized for the tweet.

Anutin is widely perceived as epitomizing Thailand’s erratic official response to the crisis.

The racist remarks also risk hitting the nation’s already devastated tourism industry. An industry that contributes as much as 20% of gross domestic product (GDP). Which also relies heavily on top-spending Western travelers.

Officials have also flip-flopped and contradicted one another in regard to various restrictions. Including over key issues such as whether travel restrictions have or haven’t been imposed.

While health department authorities have indicated most of the new cases have been local transmissions. Infections among Thais who recently traveled to heavily infected countries, including Italy, Japan and South Korea. However westerners are nonetheless bearing the brunt of the blame, despite the virus originating in Wuhan, China.

It was not immediately clear from where Anutin, a construction tycoon not a medical professional, derived his 90% statistic for mask-wearing Thais.

On February 7, Anutin said on-camera during a Health Ministry media event in Bangkok:

“Those damn Caucasian tourists, that is something the embassies should be notified of, and the public as well, that they are not wearing medical face masks.

“They need to be kicked out of Thailand!” the tycoon who became a politician said, notably while not wearing a mask.

A Bangkok Post editorial on March 15 criticized Anutin for “making racist comments about Westerners”, who currently make the bulk of tourists in the country after Chinese travellers retreated in February when the disease first erupted in Wuhan. The Post later published a cheeky letter to the editor who suggested Anutin “needs to be dealt with appropriately.

Tourists and expatriates have since expressed fear that the health minister’s anti-Western messaging could spark violent racial attacks against them in the street.

“It might go a bit hard core in coming days, especially the blame game against Europeans,” said a worried German writer living in Bangkok.

A Muay Thai training club’s manager told Bangkok’s Thisrupt news, “For now, we are not allowing any foreigners to come to the gym to workout.

Many Thai boxing gyms are popular with Westerners and other foreigners, which have also been ordered closed.

The sudden rise of anti-Caucasian racism follows on an earlier surge of anti-China sentiment. Above all when the coronavirus first appeared in Thailand in January this year. Then, though, Thai officials bid to repress rather than stoke the xenophonia.

In Thailand’s second-largest city, Chiang Mai police told a Thai restaurant owner in February to remove a sign in front of her eatery which said in English: “We apologize we are not accepting CHINESE customers. Thank you.”

Tourist police told the restaurant owner that her sign could “affect national security,” according to Thailand’s Khao Sod English news site. Police instead suggested she could rewrite her sign to say politely but deceptively “We ran out of food” in Chinese.