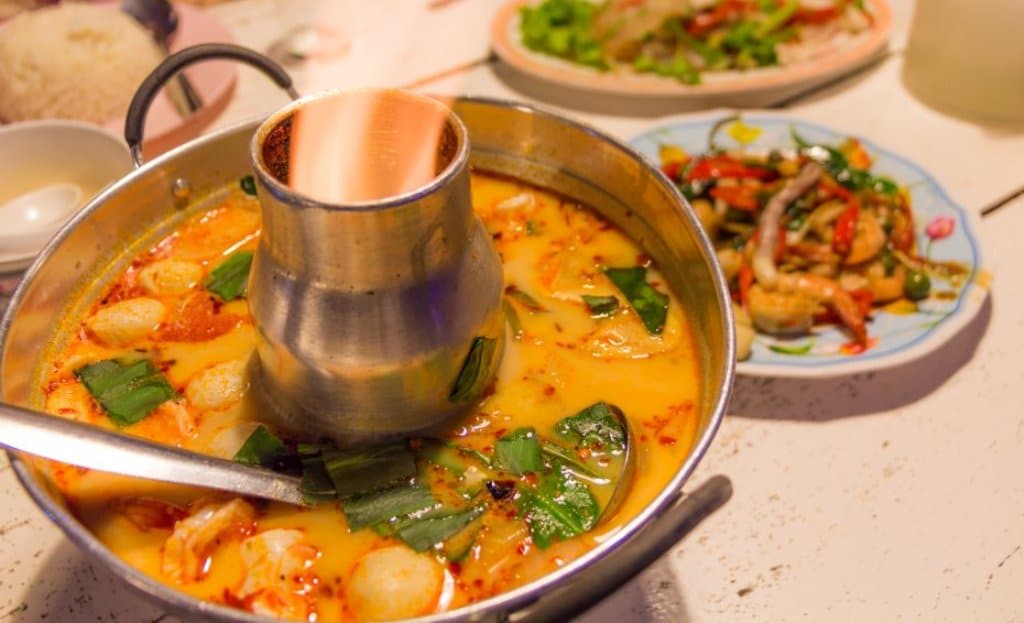 Government deputy spokesperson, Ms. Traisulee Traisoranakul, said that the Tom Yum Goong dish reflects the simplicity of the way of life in Thai farming communities, living along rivers and canals in central Thailand, who have their own culinary culture related to nature.

The dish is prepared by putting fresh shrimp, which are abundant in Thailand’s waterways, into boiling water containing a mixture of herbs, such as fragrant lemon grass, fresh galangal root and kaffir lime leaves, which are typically grown in the back garden.

“Hence, Tom Yum Goong reflects the simplicity and the way of life of Thai people, which is both self-dependent and dependent on nature. The dish is good for health,” said Ms. Traisulee.

She further explained that the dish, which is also favoured by many foreigners, reflects the practice of Buddhism among Thais, who avoid eating the meat of large animals, especially on Buddhist religious days.

Tom Yum Goong is regarded as a health food, because it is low in fat and many of its ingredients have medicinal properties.

How to Make Tom Yum Goong