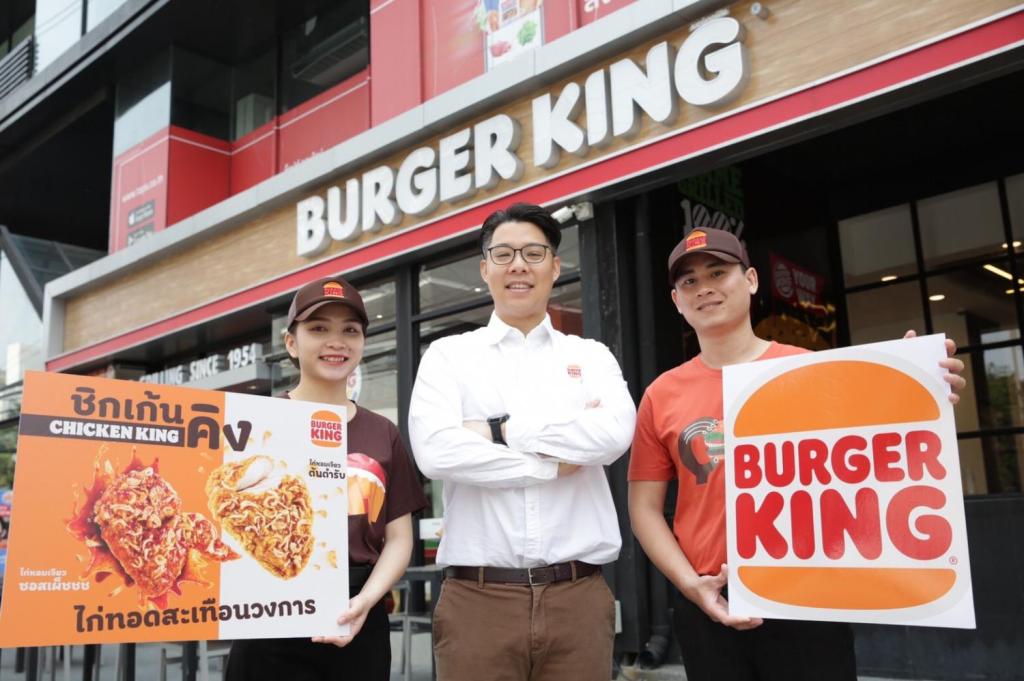 Thailand’s operator of the Burger King chain, is aiming to push sales this year by tapping into the red ocean fried chicken market for the first time.

The company’s general manager, Tanawat Damnernthong, said demand for fried chicken products in the fast food restaurant industry has grown by 7-9% annually. Ten brands have entered into this market despite the pandemic, such as Choongman and Gugu Chicken, two Korean crispy chicken brands.

Bonchon and Texas also branched out a lot last year, while some Japanese restaurant chains have been offering this item via their delivery channels.


This fried chicken has grown in tandem with changes in consumer behaviour. They opt for healthier fast food, particularly those containing chicken.

To take advantage of this trend, the firm will introduce a new menu called Chicken King in Burger King stores nationwide to reach more Thais, after gaining a large portion of sales from foreign tourists during the pre-pandemic period.

“At present, this menu is not available at Burger King worldwide. Thailand is the first country to launch as this is an initiative the local team sought to fulfill customers here, as this is known as chicken consumption country,” said Mr Tanawat.

The new launch is challenging as many fried chicken chains including KFC, McDonald’s and Texas Chicken brands already have a combination of over 1,000 branches across the country.

The firm will start with two chicken menu items, original and spicy, from today, aiming to draw new customers aged 15-50 years, who have never been Burger King customers. More items will be offered later this year.

“Even though we are latecomers to the fried chicken market, we are confident Chicken King will play a significant role and boost our sales this year to 2 billion baht, as we achieved in 2019,”he said.


Thailand’s fast food restaurant segment is estimated to be worth 18.7 billion baht, of which 71% comes from fried chicken. The burger market in Thailand is worth 4.02 billion baht, growing 2-3% per year on average.

Mr Tanawat said the firm saw business recover in February this year, as shown by the launch of new restaurants and innovative products.

According to the Bangkok Post Burger King has 117 branches across the country. Ten new branches are set to open this year.