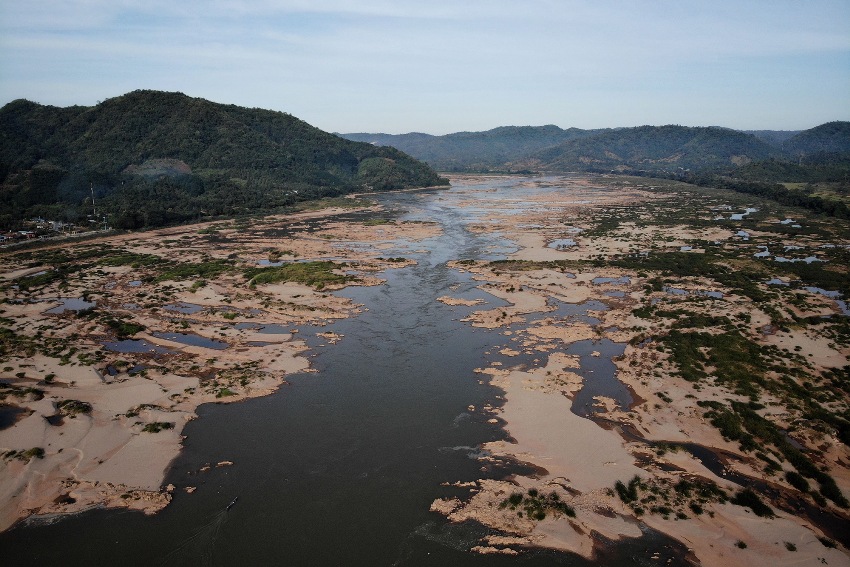 Thailand has called for a joint study with China and neighboring Mekong countries to determine what caused a devastating drought in the Lower Mekong Basin last year. After a U.S.-funded report indicated that Chinese dams had restricted the flow of water downstream.

The Mekong River Commission (MRC), said Wednesday that the study released earlier this week by American firm Eyes on Earth did not prove that the withholding of water from 11 Chinese dams upstream had caused the drought.

The Thai government’s water-resources chief said investigations were needed to find out what caused the drought.

“At the moment we don’t know the clear cause of the drought,” Somkiat Prajamwong, director of Thailand’s Office of Natural Water Resources, told BenarNews when asked about the study funded by the U.S. government. “We have to exchange information and co-study it with China and Lower Mekong countries.”

MRC, which describes itself as an organization that works directly with the governments of Cambodia, Laos, Thailand and Vietnam, manages the shared water resources of the Lower Mekong basin. China is not member of the group, but a dialogue partner.

“Initial causes are climate change,” Somkiat said, as he emphasized that China had attributed the dry spell to unpredictable weather patterns, including less rainfall, and test-runs of two hydropower dams in Laos.

“However, the main cause has not been identified yet. We need to jointly study [it],” he said. China, which has no formal water treaties with the four Lower Mekong countries, dismissed the U.S. study, describing it as “unreasonable.”

A Foreign Ministry spokesman in Beijing told Reporters that China had “continued to do its utmost to guarantee reasonable discharge volumes” to countries downstream, even though Yunnan province also experienced serious drought in 2019.

Somkiat said MRC member met with a Chinese delegation in February but did not reach an agreement on what caused the drought. He said the next MRC meeting had not been scheduled due to the coronavirus pandemic.

MRC’s secretariat told Reuters that it had sought more information from China as well as a more formal working relationship, but only received water-level and rainfall data during flood season, from only two of the Chinese dams.

“The MRC has attempted to acquire dry season data from China, but no agreement has yet been reached,” the news service quoted the MRC secretariat as saying.

During his meeting with his Southeast Asian counterparts in the Lao capital, Vientiane, also in February, Chinese Foreign Minister Wang Yi said China would consider sharing hydrology information to assist its neighbors in the future.

Wang made the remarks in response to a critical economic report, which said that rampant damming on the Mekong would transform the economies of five countries through which the river flows, and contribute to long-term inflation and dependence on China. Critics and NGOs fault China’s 11 dams along the upper stretches of the Mekong for contributing to a drought that severely damaged agriculture and fisheries downriver.

“China has overcome its own difficulty and increased water outflow … to help Mekong countries mitigate the drought,” Wang told the meeting.

But the Eyes on Earth study, which was released Monday and based on satellite data, said the Chinese dams had compounded the drought by restricting the flow of huge amounts of water downstream.

Alan Basist, lead author of the report, which was backed by the U.S. State Department, told BenarNews that satellite measurements of “surface wetness” indicated that the Chinese dams had “above-average” water levels when last year’s drought took place.

He emphasized that there was a major drought occurring in the lower basin, which mainly caused parts of the river to dry up, leaving cracked riverbeds even during a rainy season when fishing should have been plentiful.

Reports said the Lower Mekong’s water level last year was at its lowest during the past 50 years.

“The primary cause was from a severe drought in the Lower Mekong. The lack of water from China only amplified the drought,” Basist said. 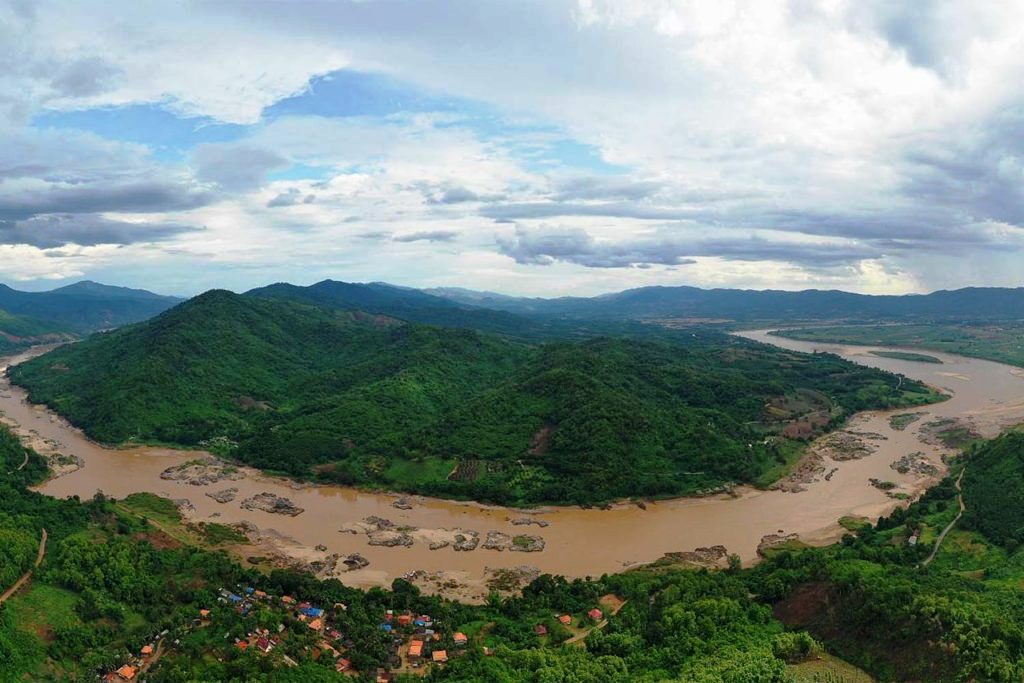 The Mekong, the world’s 12th-longest river, runs 4,350 kilometers (2,703 miles) from the Tibetan Plateau and stretches through six nations before draining into the South China Sea. Its waters are vital to Southeast Asia, affecting more than 60 million people who depend on its tributaries for food, transport and water.

Pianporn Deetes, the Thailand and Myanmar campaign director for the NGO International Rivers, agreed with the research company’s findings, saying the harnessing of water in Chinese dams had been witnessed by people living along the Mekong.

“The key point is irregular tides and fluctuation – drought in rainy season, flooding in dry season,” she said. “In fact, we have learnt such information but this research contains statistics and figures, which are credible … good research.”

Chainarong Setcheu, a lecturer at Maha Sarakham University in central northeastern Thailand, said the Eyes on Earth report showed that “the vast drought was partially caused by China’s [move to] harness water.”

“That is not right because the Mekong is an international river,” Chainarong told BenarNews. “It is clear that China is one of the causes of drought.”