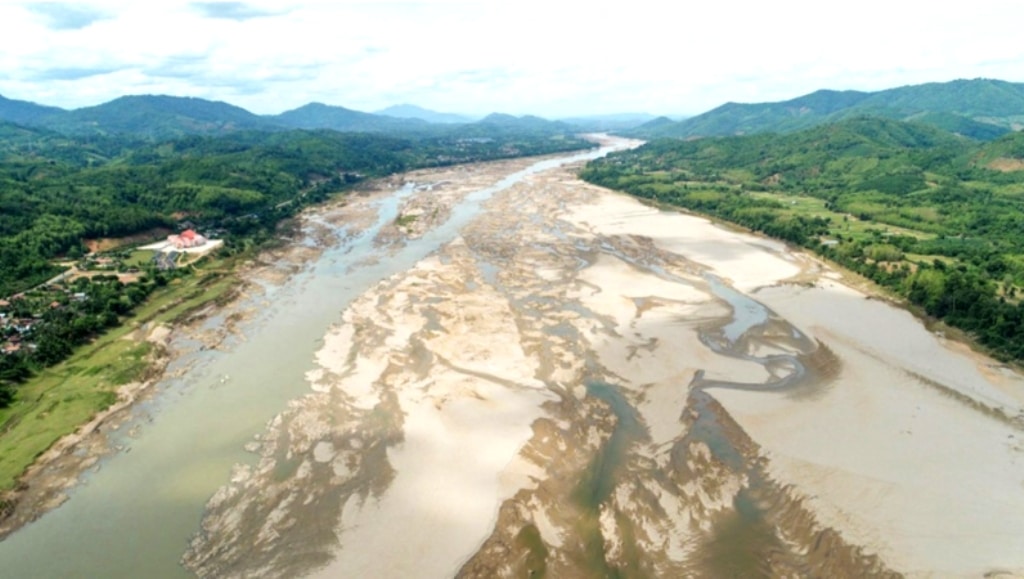 The northeast region of Thailand bordering Laos and Cambodia, is facing the consequences of dams on the Mekong River. Changes in the natural rhythms of the Mekong River has been hampered by the construction of dams upstream in China and Laos in recent years.

The Mekong dams have brought drought in the monsoon season and high waters when it should be dry. Hindering the lives of the many in northeastern Thailand who depend on the Mekong River for food and a livelihood.

Moreover, the hydropower plans for the Mekong River have only begun, as China leads the charge on dams with an eye on both the economic rewards and geopolitical advantage of controlling the Mekong.


China’s damming of the Mekong has left one of the world’s great rivers, flowing for 5,000 kilometers from China through Myanmar, Laos, Thailand, Cambodia and Vietnam in retreat and decimating local fishing catches.

Local fisher Sudta Insamran lamented the loss of “the same Mekong River that we knew,” as he tried to net silver-scaled Thai carp, a small species of Thai carp, here in Nong Khai, across the Mekong from the Lao capital of Vientiane.

Fishers traditionally sold their catch locally or traded it for rice. There are about 3,000 such fishers from Nong Khai province’s six districts. “Please don’t build any more dams. Enough is enough,” he told VOA.

Just a few years ago fishing in Nong Khai used to earn him around $250 a month, Sudta said, but now the catch has collapsed, forcing many to work inland as rubber tappers on other people’s farms.

The costs of the ecological shock are being heaped onto the poorest people in the Mekong region and many villagers now eat farmed fish bought at markets rather than their own catch.

Up to 60 million people rely in some way on the river as their main source of protein or income across the Mekong region in China, Myanmar, Laos, Thailand, Cambodia and Vietnam. 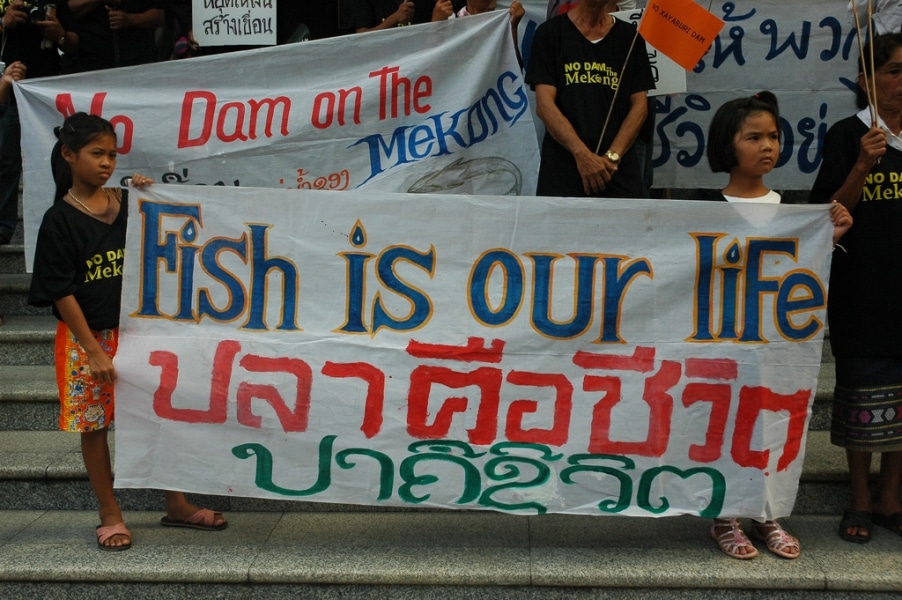 The upstream dams and climate change are strangling the ecosystem — fish struggle to breed in water which fluctuates because of hydropower demands.

“At least 69 species of fish have now disappeared. It has also an impact on plant species — many of which are a food source for fish,” Apisit Soontrawiwat, a local researcher who studies the impact of the dams and is a member of the People’s Network of Isaan Mekong Basin, a conservation group, said.

Stretches of water turn green with algae which flourishes due to sudden low water levels; other areas go aquamarine as sediment is blocked by the 11 dams in China and two so far in Laos.

“Villagers are not getting any benefits from these dams, the only people to gain are doing business linked to the dams,” Apisit said.

The dams are being built by Chinese, Thai and Vietnamese companies selling electricity in the region, with transmission lines running hundreds of kilometers from the dams into Thailand, Vietnam and Cambodia.

The operators say they are providing much needed development and power for economies in need of a kickstart.

Conservationists say there is already an oversupply of electricity.

“We are seeing a few elite families and companies earning enormously while the costs of ecological destruction are not incorporated,” said Paiporn Deetes of International Rivers, a conservation group. 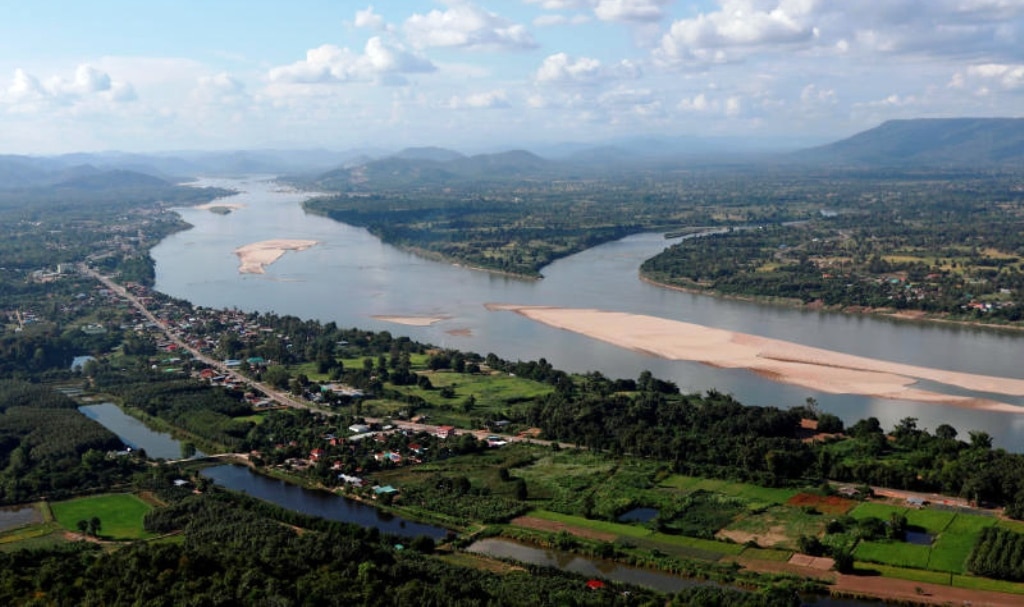 The Mekong River Commission, established by the lower Mekong countries of Cambodia, Laos, Thailand and Vietnam, said this month its next 10-year strategy is to mitigate the damage to the river.

The commission does not have the power to stop a dam project, though, leaving the river without a powerful protector. Laos, in a bid to become the “battery of Asia,” has two major Mekong dams in operation with several more planned, mainly with Chinese state-backed firms.

The game-changer for the northern Thai stretch of water was the Xayaburi dam in Laos, which began operation in 2019. Thai company CK Power, which led the construction, insists it operates with a “sustainable development” at its core, with extensive environmental impact studies and complex engineering including a “fish ladder” to allow species to migrate downstream.

Experts say it will take several more years to effectively judge the impact of the dam.

Yet, the same water is set to flow through another dam in Laos at Sanakham, a project planned by Chinese state power firm Datang International Power Generation.

If it comes into operation as slated in 2028 locals fear the new $2 billion dam, which is to be nearly 60 meters high and produce 700 megawatts of electricity a year, will be the end of the living river in northern Thailand — that it will lack nutrients and the sediment that provides nutrients for fish.

Thailand has kicked back against the project due its proximity to the countries’ shared border and there are hopes the dam builders could be forced to reconsider if the Thai government refuses to buy the power.

“Thailand has no need to buy more electricity from Laos as we produce enough ourselves,” a source at the Electricity Generating Authority of Thailand told VOA, requesting anonymity.

While debate on Sanakham rages, dam plans go uninterrupted with another proposed for Pak Chom in Thailand’s nearby Loei province which could be the first to straddle the Thai-Laos border.