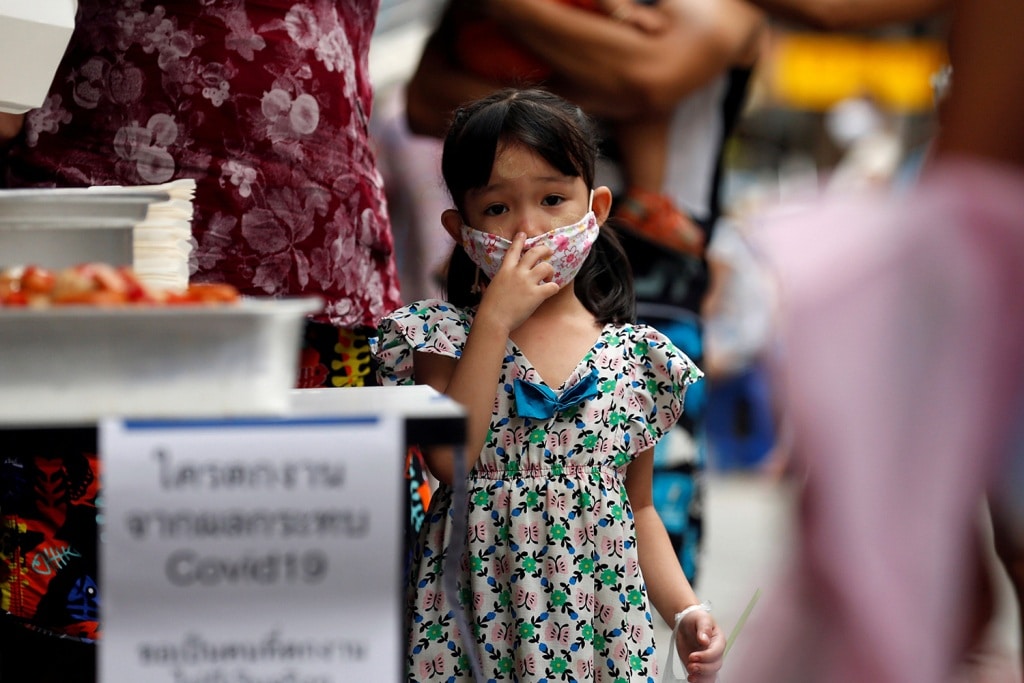 A Migrant Working Group coordinator reports that over 300,000 children of migrant workers in Thailand are in dire need of education, mental health and basic health care. The children rights activist is urging the Thai government to take a more active part in protecting the children’s basic rights and wellbeing.

In a seminar titled “Impact of Covid-19 on Migrant Children and Families” on Aug 19, Adisorn Kerdmonkol, a coordinator with the Migrant Working Group, believes over 300,000 migrant children face a higher risk of rights violations since the Covid-19 pandemic began last year.

Mr Adisorn said these children are dependents of some 97,060 migrant workers from Cambodia, Laos and Myanmar who were infected with Covid-19 between March last year and August this year. Saying 4,202 of the migrants are under the age of 18 themselves.

Linfah Upatcha, from World Vision Foundation of Thailand, said the decision to seal off residential camps around construction sites has adversely affected the physical and mental health of the migrants’ children who had to remain inside.

“Many of the children are stressed out because they aren’t allowed to play with other children outside of the camp. They are confined in a 3×3 [metre] room, isolated from others during the pandemic,” she said.

“Many of migrant children are suffering from domestic violence and mental health issues which stems from the parents’ stress during the pandemic. Sometime they are neglected, beaten or left with abusive relatives, prompting some children to run away,” Ms Dararai said.

Other abuses include forcing young girls into marriage with older partners and sexual harassment. Some were pressed into working at factories, which further increases the risk of the children catching the virus.

“The government must listen to those who are working with the migrant workers,” she said. “They must also review and revise relevant child protection laws to provide better security for migrant children.”