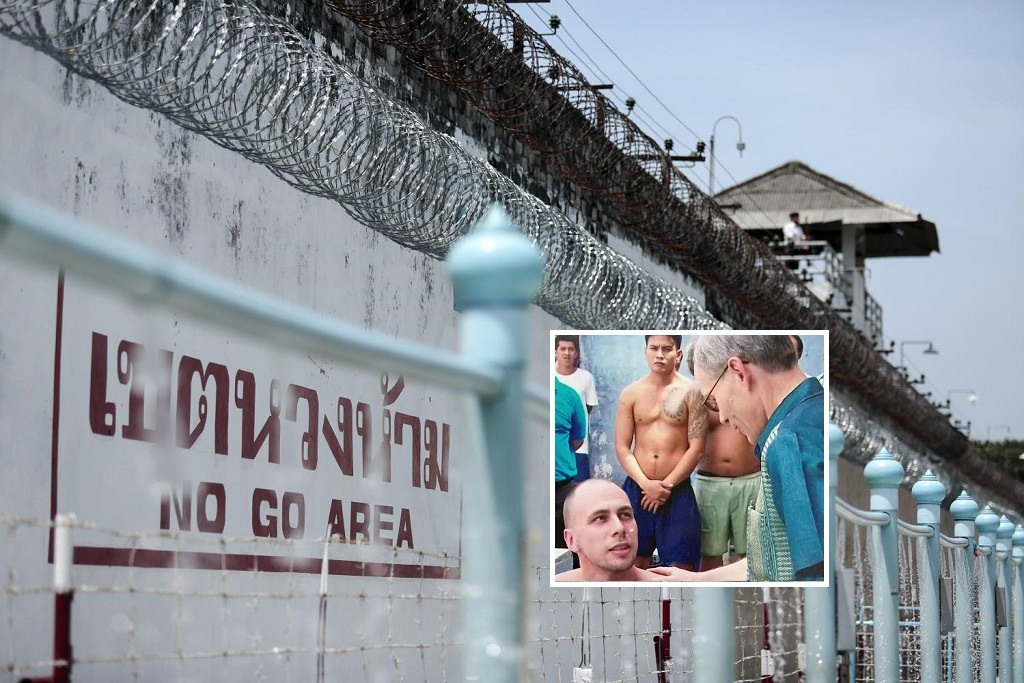 After an American man embarked on a working trip to Thailand in 2007 that ended with his behind bars for five years. American Jesse Moskel,spent five years and time in five different prisons before being sent home.

Jesse Moskel, who now owns a public relations firm in the US, faced the death penalty for one drug charge and a life sentence for another.

On his website he writes: Back in 2008, I found myself caught up in the drug world. After a narrow escape from DEA and Korean authorities, the Thailand police arrested and eventually convicted me of manufacturing and distribution of MDMA (ecstasy).

Moskel told US media that he was sitting in a jail cell in 2008, crammed in with dozens of others. He had just been arrested and had no way to call loved ones or even a translator to explain his sheet of charges.

That is, until he found another prisoner who spoke English, and delivered some devastating news.

“He looked up after reading it and said, ‘Jesse, you’re never going to go home,’” Moskel said.

Moskel said he was charged with the death penalty and a life sentence for manufacturing and dealing drugs, a mistake he does admit to.

“It’s one of those weird things you can’t really calculate how painful it is to have that door slam behind you. Even more to have a guy explain to you that you are going to be there for the rest of your life.

The sense of regret is so deep and so wide,” Moskel said.

For the next five years, he said he slept in a 15-by-30-foot room with 71 other inmates. With one bathroom, no air conditioning, and no beds.

“They believe that a drug dealer is worse than a prisoner and they treat them that way,” Moskel said.

He said learning Thai was one of his saving graces. He wrote letters in Thai to the parole board that went unanswered for years. Until one day, Moskel said an Embassy official paid him a visit in prison with his letter.

“It was entirely unexpected,” Moskel said. “The U.S. Embassy just doesn’t visit prisoners in Thailand. But this guy came and was actually smiling.

The official told Moskel he was going home, and after five years. He was sent back to the U.S. where he served his remaining sentence. He was released from prison after a few months later. His release was because the U.S. considers one year in a Thai prison, correlates to about six in a U.S. prison.

“I stepped out of the prison and the sun just hit me and it was like the first time I had seen the sun in years,” he said.

Moskel said he has a deep love for Thailand despite his years in prison. “I will go back to Thailand one day if possible,” Moskel said.

He said his dream would be to minister others in prison in Thailand. Especially with the second chance he feels like he’s been given. “If there’s any redemption to be found at all, it’s hopefully in saving someone’s life,” Moskel said.

He said his saving grace was a prisoner treaty between Thailand and the U.S.  The treaty allowed him to go back to the U.S. and serve the rest of his sentence.