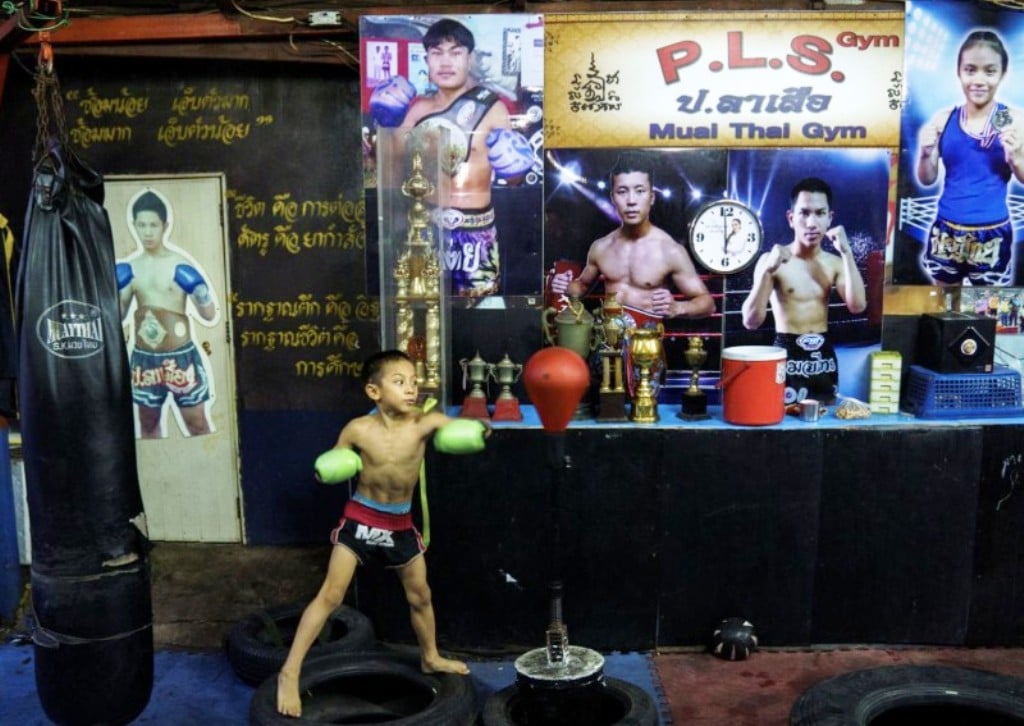 Nine-year-old Thai Muay Thai boxer Pornpattara “Tata” Peachaurai is eager to get back in the ring after covid-19 ended his fight season more than five months ago. The money he earns is vital income for his family.

“All the money from Muay Thai boxing, the regular payment and the tips, it all goes to mum,” said the lean young fighter.

“I’m proud to be a Muay Thai boxer and to earn money for my mum Tata told Asia One.”


Tata’s last fight was in October, before a second Covid-19 outbreak in Thailand shut down sports events as bans on large gatherings were reimposed.

“I cannot box. I haven’t practiced boxing, too … I help my mum sell things.” Tata lives with his mother and 16-year-old sister, Poomrapee, who is also a boxer with the national youth team.

The family is banking on Tata’s earnings as a way out of poverty and hopes he can make it as a professional Muay Thai fighter, or represent the police or army in the ring and be rewarded with higher ranks and bonuses.

“Sometimes he asks for some toys after a fight.”

Child fights in Thailand can be as popular as adult bouts and take place at tournaments, festivals and temple fairs. There are an estimated 300,000 boxers under the age of 15, according to the Professional Boxing Association of Thailand.

Some medical experts are calling for a ban on boxing for minors, though, saying it could cause stunted growth, long-term neurological problems, brain damage and disability.


Parental consent is the only present requirement for child boxers.

“I’m not worried about boxing,” said Sureeporn, adding that boxers were trained to protect themselves.

“There are not a lot of injuries in child boxing. I am confident in the system.”

But the system doesn’t always work.

In 2018, Tata fought in the same tournament where a 13-year-old boy died of brain hemorrhage after being knocked out in the ring. Sureeporn said the referee had been too slow to intervene.

Adisak Plitponkarnpim, director of the National Institute of Child and Family Development at Thailand’s Mahidol University, is part of a research team that did brain scans on 250 child boxers, some of which showed extensive damage that could impact brain development and intelligence levels.

“The parents who rely for income from their kids at the age of eight or nine years old should ask themselves what they are actually demanding from them.”

Some Thai lawmakers have sought to ban boxing for those under the age of 12, but a draft bill failed to reach parliament and would likely have faced resistance because of the popularity of child fights and the revenue they generate.

Sureeporn said Muay Thai boxing was her son’s life. “I’m from the lower class and I just make enough money to survive and don’t have savings or fancy homes,” she said. “The future of Tata is in Muay Thai boxing.”