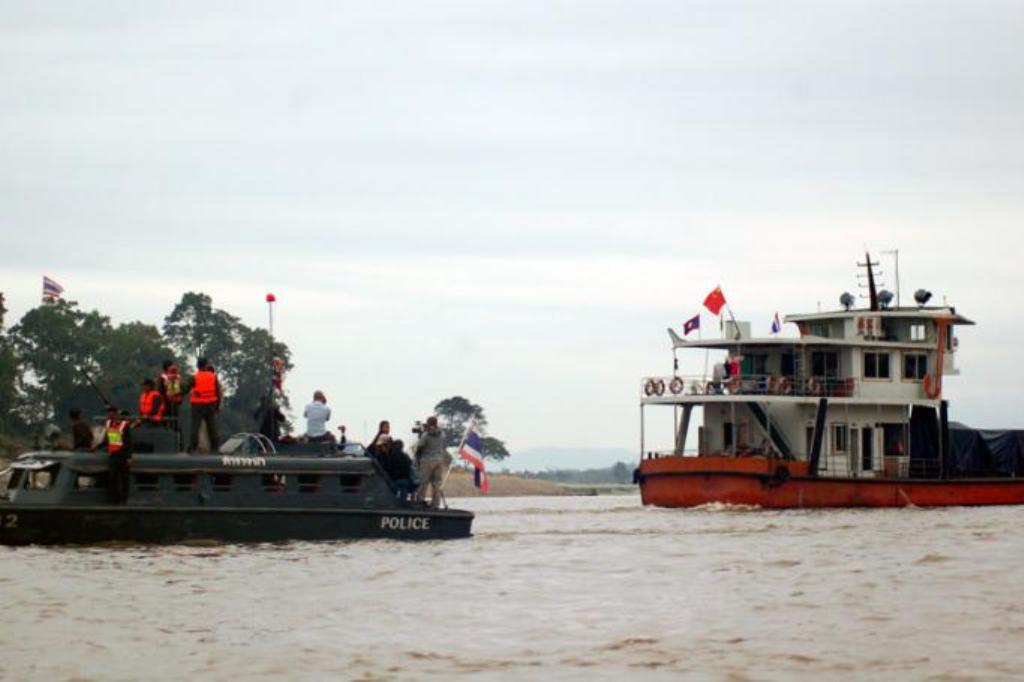 The U.S. has blamed Chinese state-owned companies for engage in predatory business practices in the Mekong River region. U.S. Secretary of State Mike Pompeo says the Chinese Communist Party is responsible for much of the boom in trafficking of persons, drugs and wildlife there.

The new U.S.-Mekong Partnership launched Friday will help combat these transnational crimes. It will also strengthen water security for partner countries where China’s manipulation of the river. Especially where China has exacerbated a drought, he said.

The U.S. State Department is also “concerned about infrastructure-linked debt and the predatory and opaque business practices of China’s state-owned actors. Such as China Communications Construction Co. (CCCC).

Last month, a senior State Department official also named CCCC when he said upstream damming pursued by China in the Mekong River has been done in “a completely nontransparent and non-consultative way.

“And there is a – actually a specific CCCC angle to the Mekong environmental concern story given CCCC’s role in would-be Chinese plans to blast and dredge the Mekong River. Which could have potentially catastrophic effects on the downstream communities. Also the scores of millions of people whose livelihoods rely on the Mekong,” the official who was not named said during a special briefing.

On Monday, Pompeo also said companies and groups associated with the Chinese Communist Party (CCP) are linked to human and narcotics trafficking in the Mekong region. His statement did not provide evidence to support the allegation.

“Concerning also is the boom in trafficking of persons, drugs and wildlife, much of which emanates from organizations, companies and special economic zones linked to the CCP.”

Pompeo also said the CCP is withholding Mekong water, adding downstream countries must hold it accountable by asking it to share water data through the Mekong River Commission.

“The CCP’s unilateral decisions to withhold water upstream have exacerbated an historic drought,” he said.

“We encourage countries of the Mekong region to hold the CCP accountable to its pledge to share its water data.  That data should be public.  It should be released year-round.  It should include water and water-related data, as well as land use, and dam construction and operation data.”

Countries of the Mekong – Cambodia; Laos; Myanmar; Thailand and Vietnam – “deserve good partners,” Pompeo said. The U.S. has pledged a total of $156.4 million for a host of initiatives under the U.S.-Mekong Partnership.

These initiatives were announced Friday at the first U.S.-Mekong Partnership Ministerial Meeting held to launch the partnership. Deputy Secretary of State Stephen E. Biegun was the U.S. representative at the virtual meeting.

“The United States is committed to supporting the resilience and autonomy of countries in the Mekong region and will work with all partners who share our principled, transparent approach,” State Department spokesman Morgan Ortagus said in a statement after the meeting.

Pompeo said on Monday that the U.S. will also work closely “with partners like Japan, Australia, South Korea, India, and also other good friends of the Mekong.”

The partnership’s launch Friday coincided with last week’s series of meetings at the Association of Southeast Asian Nations (ASEAN) ministerial summit. Pompeo on Friday reaffirmed Washington’s commitment to Southeast Asia and ASEAN and also accused China of “aggression” in the South China Sea.

“We stand with our ASEAN partners as we insist on the rule of law and respect for sovereignty in the South China Sea, where Beijing has pursued aggressive campaigns of coercion and environmental devastation,” Pompeo said in a statement released during the summit.

On Friday, Pompeo said the Mekong-U.S. Partnership “is an integral part of our Indo-Pacific vision. Furthermore our strategic partnership with ASEAN.” – Reuters