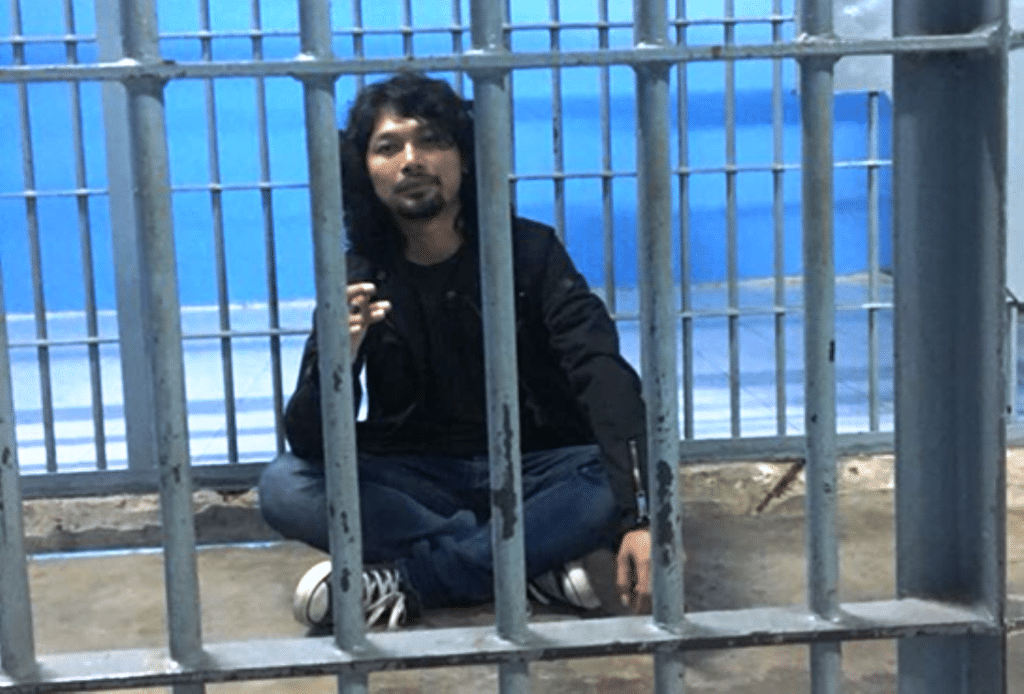 Thai Rock musician Seksan Sookpimay aka “Sek Loso” has been granted temporary release on bail of 600,000 baht on Thursday, after losing his appeal to the Supreme Court against a 42-month prison sentence for offences dating back to New Years Eve 2017.

He was released after his lawyer filed a separate appeal against an earlier decision by Min Buri Criminal Court, which had refused to allow Mr Seksan leave to appeal to the Supreme Court.

The Min Buri court said it received advice from a judge who reviewed the evidence, that the case should not go to the Supreme Court.


The court then  rejected the defendant’s request for leave to appeal, saying he must serve the Appeal Court’s ruling of  2 years and 18 months. However, the case went to the Supreme Court, which on Thursday morning ruled to uphold the prison sentence.

His wife and supporters accompanied him away from the court. They refused to answer reporters’ questions. Thai media earlier wrongly reported that Mr Seksan was taken to Min Buri Prison to begin his sentence. The Supreme Court’s decision was read out at the Min Buri Criminal Court on Thursday morning.

Prosecutors arraigned Sek Loso,  on charges of resisting arrest, threatening police with a firearm and using drugs. The incident happened at his Bangkok home around 6pm on Dec 31, 2017.

The lower court sentenced him to one year and 18 months in jail on three counts  – unlicensed possession of a firearm, resisting arrest and threatening police with a gun,  and drug abuse.

The court added the sentence to a jail term of one year and three months in another case, when Seksan physically assaulted a close aide of his then ex-wife, Wiphakorn “Karn” Sookpimay.  The couple later remarried.

The defendant initially had a combined jail sentence of 2 years and 21 months. A submission that he was bipolar was rejected by the court.


The Appeal Court upheld the lower court’s judgement, but reduced the sentence for Seksan’s illegal arms possession from five months to three months. The other sentences stayed the same. His total jail term was then 42 months.

Seksan appealed the judgement to the Supreme Court, which on Thursday upheld the lower court’s decision. Police visited Seksan’s home in Bangkok on Dec 31, 2017 after he was found guilty in absentia of discharging a firearm in public by the Nakhon Si Thammarat provincial court.

He had fired into the air during a visit to a temple in Nakhon Si Thammarat after a performance, and live-streamed it on the internet.

On the Sek Loso Facebook page, the rocker’s wife Wiphakorn on Thursday posted a photo of herself and her husband, and a message saying she would meet the press later, after all court procedures were completed. She was too busy now. She thanked all fan club members for their concern.

Mr Seksan and his wife were at the court, with their lawyer, for the reading of the judgement.