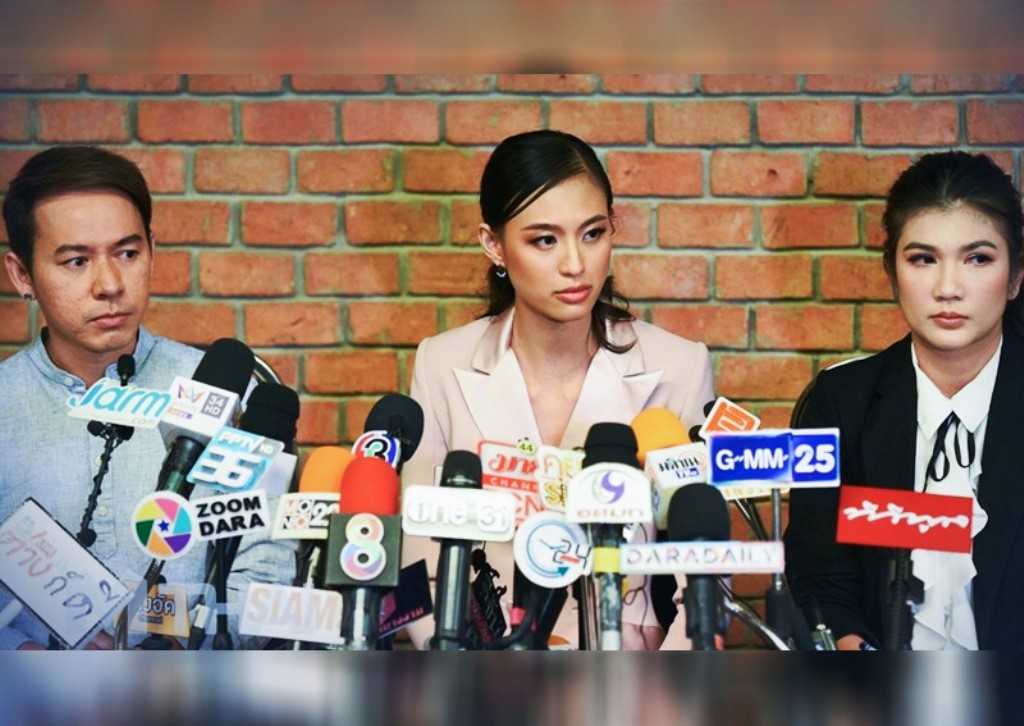 Miss Universe Thailand favourite Chayathanus “Cheraim” Saradatta was removed from the contest on Wednesday for using an insider for her personal benefit.

Piyaporn Sankosik, executive director of TPN 2018, organizers of the Miss Universe Thailand pageant, held a press conference to announce the contestant’s removal, saying all contenders had to follow the rules and regulations detailed in the contracts they signed.

She also pointed out that the contracts clearly state that no outsiders can be brought in as a mentor and that the organiser reserves the right to disqualify a contestant if she violates the rules.

Piyaporn also said she has evidence to back the dismissal in case Chayathanus wants to take the case to court. She explained that she has CCTV footage of the “outsider”, Chayathanus’s manager, attending more than three meetings.

“Cheraim called to say she will have her personal manager, who has been looking after her for two years, to come and meet me. But when the day came, I was shocked when I saw him. [He was a TPN staff member] She claims she is not well, but still wants to participate in the contest. Even more she won’t take part in activities, but wants to enter the final round because her costume is ready,” Piyaporn said.

She said Chayathanus “Cheraim” Saradatta’s manager, Sithichai Reoviroj, was the only TPN staff member who has not signed his contract, adding that this case came to her attention when a journalist asked why this particular contender was being given more attention. As a member of TPN staff, Sithichai often shifted the media focus to Chayathanus.

“She is a well-behaved, smart girl and we love her, but rules are rules,” Piyaporn told Asia One.

Meanwhile, in a television interview, the contestant said she accepted the decision and apologized for not reading her contract carefully. Her pageant manager, meanwhile, claimed to have never seen the contract.

The reigning Miss Universe Thailand 2019 is Jennifer Paweensuda Saetan-Drouin from Bangkok and she represented Thailand at the Miss Universe 2019 pageant on 9 December 2019 and finished in the Top 5.