'Ghostbusters: Afterlife' Trailer: There's Something Strange in the Neighborhood 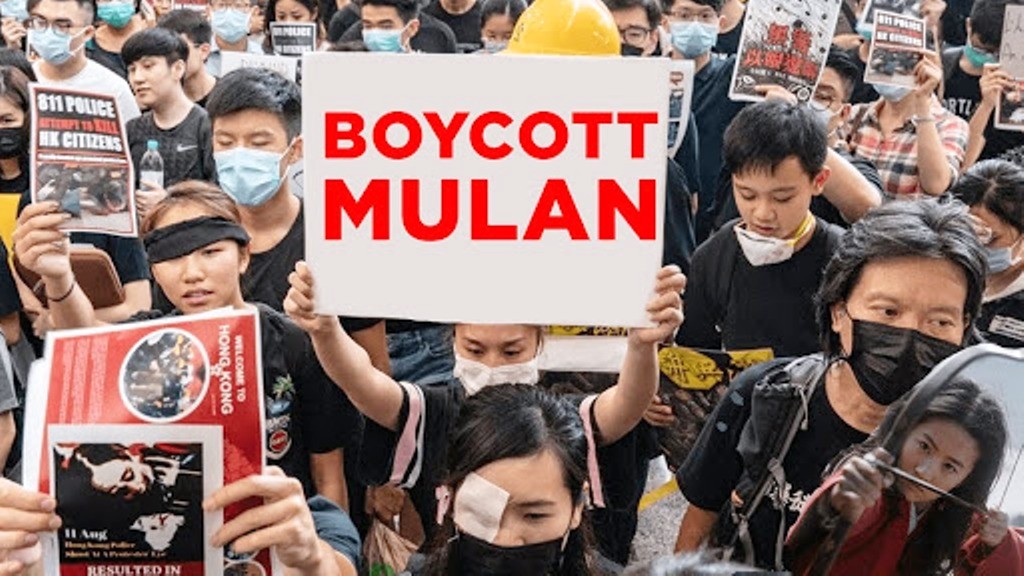 Activists in Hong Kong, Thailand and Taiwan have revived their calls to boycott the new live action movie “Mulan.” by Disney. The Disney blockbuster movie opened on Friday in cinemas in many Asian countries including Thailand.

“This film is released today. But because Disney kowtows to Beijing, and because Liu Yifei openly and proudly endorses police brutality in Hong Kong. I urge everyone who believes in human rights to #BoycottMulan,” prominent Hong Kong activist Joshua Wong tweeted on Friday.


Wong has received support from like-minded campaigners in Thailand and Taiwan. Part of the so-called Milk Tea Alliance. The alliance emerged a few months ago as a light-hearted response to the shrillness of mainland Chinese media attacks on democracy campaigners. Among them is Thai student activist Netiwit Chotiphatphaisal. He said in a tweet on Friday that the comments made by Liu had not been forgotten. “I invite everyone to #boycottMulan #banMulan to make Disney and the Chinese government know that state violence against the people is unacceptable,” he wrote.

Liu, a Chinese-born US citizen, found herself on the wrong side of alliance members when she expressed her views on the protests in Hong Kong in August last year.

“I support the Hong Kong police. You can all attack me now. What a shame for Hong Kong,” she wrote in a post on Weibo in August 2019.

International cinema audiences are crucial for the success of Mulan. A $200-million epic that is not being shown in movie theaters in the United States. Above all because of ongoing concerns about the coronavirus.

The movie’s US release was originally scheduled for March but it was postponed several times because of the pandemic. Finally, Disney decided to make it available on its Disney+ home streaming channel. Disney+ is charging $30 starting on Friday.


Meanwhile, in China, where people were supportive of Liu Yifei’s comments last year. Disney worked with Chinese experts to develop a script that sticks more closely to the 6th Century source material. Much different from the animated version of the story did in 1998. Mulan will open in theaters there on Sept 11th, in China.

A New York Times review of the new movie was generally also positive. With its author observing that it follows Mulan’s transformation “from an unruly daughter into a masculine warrior. In the name of family, nation and those twinned imperial powers called China and Disney.”

However some netizens have called Mulan China propaganda and believe Disney took a knee to China’s communist party.

Dwayne “The Rock” Johnson and Family Test Positive for Covid-19