Major Cineplex Movie Theaters to Reopen in Thailand "But No Popcorn" 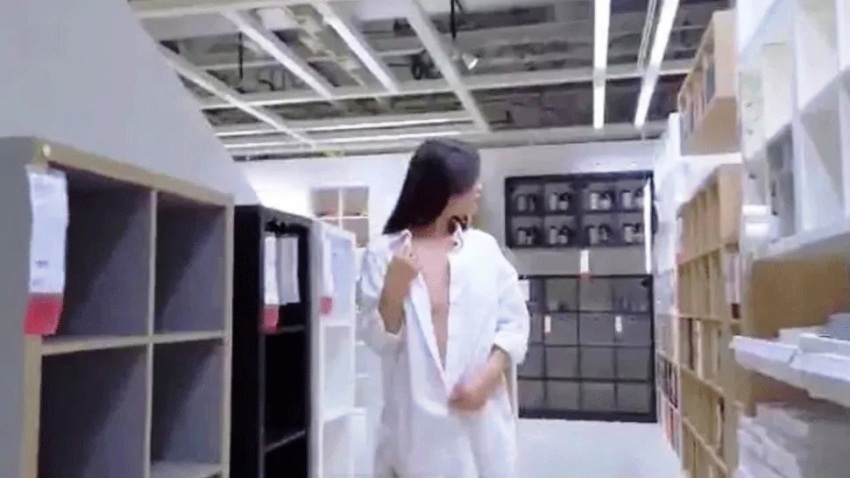 A video of a Chinese woman caught on camera performing a sex act in an IKEA store’s bed display in Guangdong, China has gone viral. IKEA has since stepped up its security and lodged a complaint with the Chinese authorities.

According to the report, the incident took place at the IKEA branch in the Tianhe district in Guangzhou. The capital city of Guangdong province in south China.

Though it is not clear as to when this incident happened but some media reports said that it possibly took place before the coronavirus. Since people visiting the IKEA store were not wearing face masks in the adult video.

In the two-minute clip, which went viral, the woman was seen performing a sex act wearing just a white shirt. She was in the bed display section of the IKEA store.

The Swedish furniture chain apologized to its customers after the video went viral and has stepped up security. The company issued a statement and said that it was “taking the matter very seriously”.

“We oppose and condemn these actions and have reported the incident to the police. IKEA is committed to providing home inspiration for the public. We will increase security and cleaning in order to create a safe, comfortable and healthy shopping experience and environment,” the Swedish furniture company said, according to the Sun.

Though the identity of the woman is still not clear, she was identified by many social media users as a Chinese adult video star by the name of ‘Fullfive’.

Ikea China has also lodged a formal complaint to the police against the woman making the adult video.

Social media platforms that showed the objectionable clip are also likely to face action for failing to filter the content.